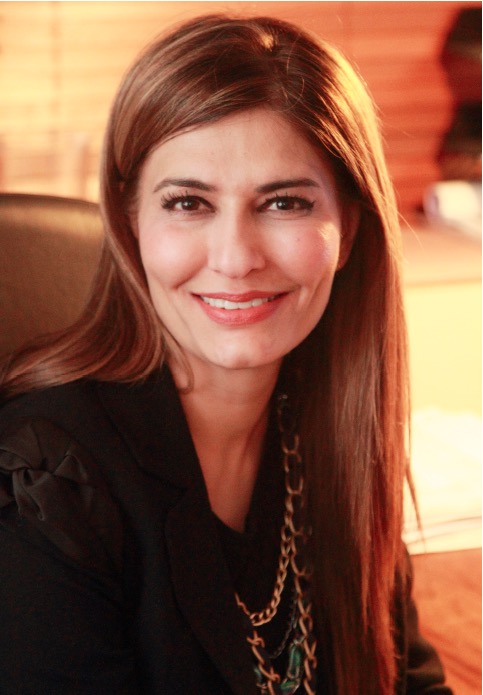 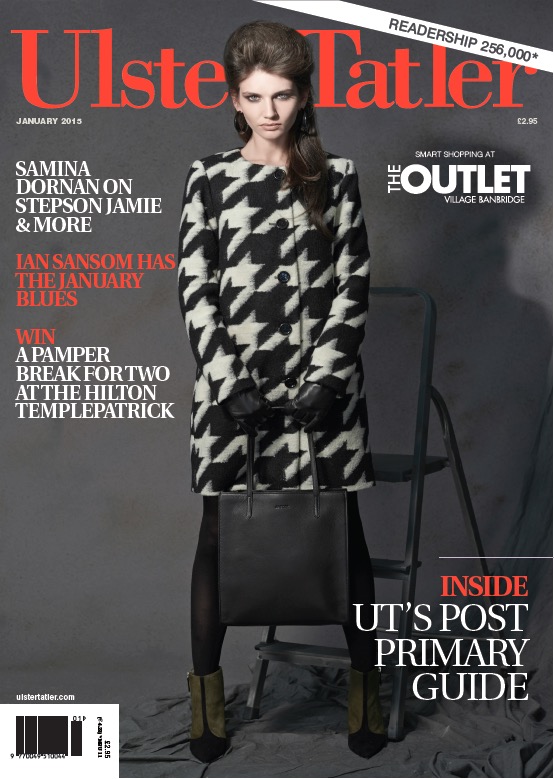 A Woman of Substance


Glamour. Some people have it, some don’t but eminent gynaecologist and obstetrician Samina Mahsud Dornan has it in spades. The stepmother of one Jamie Dornan, star of The Fall and not short in the glamour stakes himself, arrives in the Maternal Hospital cafe in her consultant doctor’s uniform of navy trousers and square cut jacket but still somehow manages to illustrate Raymond Ch
andler’s famous quote from Farewell, My Lovely about a woman with the kind of looks “that would make a bishop kick a hole in a stained glass window”.

She is unstuffy and asks me to call her Samina before making us a cup of very decent tea in her office. This woman is passionate about everything in her life, from causes like Amnesty International, whose representative she meets before I see her, to fashion. She admits to buying her stylish outfits, including the long white sequinned dress she wore to the Ulster Tatler Awards, when she picked up a gong for stepson Jamie, in Italy and France. “I like MaxMara and the clothes in Italy and France fit me. British women are straight up and down…” she gestures.

She enjoys a close relationship with husband Jim Dornan’s grown-up children. Jamie and wife Amelia Warner and small daughter are joining his father and stepmother at his older sister Jessica’s house, handily near the Dornans’ home in Crawfordsburn. “Both Jim’s daughters love to cook. And it’s nice my stepchildren don’t think ‘We can’t go back, the bitch is there!’” she says with a laugh.

The story of how the Dornans met is rather romantic. Samina was a young, newly qualified doctor working in Cork and Jim Dornan was the charismatic senior obstetrician and gynaecologist working at the Royal Victoria Hospital. She recalls: “He was giving a talk in Dublin and my consultant, a friend of his, suggested I go along and make myself known. Jim was brilliant and funny and I was impressed. Afterwards when everybody had a glass of wine, I went up to him but he was surrounded by consultants. So I chatted to the younger doctors and then he came over and said ‘I couldn’t help but notice you’.”

When he asked her out for dinner to discuss her move to Belfast, she says she found the invitation initially not to her liking. “But he explained he could help me organise my research at Queen’s. Then my boss said this guy was so important in obstetrics that Ireland would be grateful if I said yes, so we finally went out.” The rest is history. The couple got married in Clandeboye Courtyard which they filled with flowers. Samina says that her sister Rubina and father both approved of the match. In fact, there was a good relationship between husband, whose image is above her desk in a large, monochrome portrait,
and her late diplomat father Rahim.

Sadly, when Jim developed leukaemia ten years ago, so did Samina’s father. “He got the most aggressive form and died in three months while Jim is very healthy and we think it won’t ever come back. I thought ‘God, your timing is awful’, but I don’t really do religion…”

At that point Samina, whose working life involves being surrounded by pregnant women, decided not to have children. A family with Jim had always been part of the plan yet her priorities suddenly changed. “I thought it wouldn’t be
fair although Jim would have done whatever I wanted. Anyhow, everyone doesn’t have to have everything.” And she smiles, clearly a fulfilled woman.

Of course, Samina, now over 40, inherited a ready made family and dotes on her step-grandchildren. She says she and Jim enjoy watching Jamie play sociopathic counsellor Paul Spector in The Fall. “I have to tape it as I’m usually still at work. At the start, we were  a bit nervous for him but now we just enjoy it and see him as one of the actors. I like dark thrillers…”

Her stepspon’s next role, as S and M aficionado Christian Grey in Fifty Shades of Grey will no doubt reveal more of him in the adult scenes than Samina is used to seeing. She says: “I have read the novels and thought they were good. Some women are embarrassed to admit they’ve read them but not me.” She adds: “They might even be good for some marriages”, then says nudity won’t be a problem as she has known the actor and heartthrob since he was a small boy.

You could even argue that Samina helped launch his brilliant career as after he dropped out of university, she made him a generous offer. This good stepmother said she would support him financially for six months, at the end of which he would return to university if he couldn’t pay his own way. “He went to London and lived in some terrible places, one or two that were heartbreaking but he was soon independent of our help…” Samina adds that his siblings sometimes find it hard that their younger brother has effortlessly acquired both fame and fortune. “After all, they went to university and worked hard and now…” She doesn’t need to finish the sentence.

Dr Dornan, nee Mahsud, speaks with a privileged, identifiably Middle Eastern accent with a touch of Co. Down and finishes some sentences with ‘Darling’. She is, as she puts it, half-Persian and half-Afghan and went to finishing school in the Murree mountains of Pakistan. She grew up knowing the political Bhutto family and at her sister’s wedding Benazir, later prime minister, attended along with her mother and a sizeable entourage. “Oh, it was bloody expensive feeding them all, you know.” She points out that people may think that women’s rights aren’t very far advanced in her home country “yet we elected Benazir Bhutto twice although she didn’t really achieve what she could have done”.

You could call Samina Dornan a feminist of the Naomi Wolf school. She’s second generation and knows that society has moved on from the underwear-burning days. “You don’t have to look and behave like a man to succeed, and you don’t have to grow hair under your arms or on your legs to be a feminist”, she laughs, infectiously. In fact, looking good is a Dornan priority. “At the finishing school, we learnt good posture and yes, walked round with a book on our heads. We also learnt to be good wives. A lady always wears high heels that give but don’t take away posture.”

Asked whether her looks have ever been a hindrance or meant she was taken less seriously, Dr Dornan says thanks for the compliment, then adds: “I think women are often not taken seriously anyhow…”

Her philosophy is all about women’s freedoms and she says her New Year’s resolutions will be to do more to further the cause of her sex.

So why did she enter this area of medicine? On the surface, the fact that Samina lost her mother when she was two after a series of gynaecology-related problems looks like a reason, but she says not. “My mother suffered from very bad postnatal depression so she had a tubal ligation (her Fallopian tubes were tied as a form of contraception). Later it went wrong and she died of septicaemia.” Sadly, Samina says she has no memories of the woman who brought her into the world.

Samina originally wanted to be an airline pilot but her father said there weren’t enough airlines in Pakistan and she’d probably end up a backroom girl, adding. “You’re too clever for that”. So plan B was medicine.

She has published and researched widely and says she is now the grown up in her marriage. Does she ever relax? “Yes, by walking my Labradoodle Lola in Crawfordsburn Country Park.” She shows me a cute image of Lola, a glossy canine, shot lying next to her husband.

A woman colleague comes in and they briefly discuss a case with a sad outcome where a baby died and you realise that this woman’s job means she routinely deals with life, and sometimes with death. But she knows she is working in a good, modern place and has made a real difference. “If I was ill I’d want to come to this hospital.” We’re very lucky to have her.