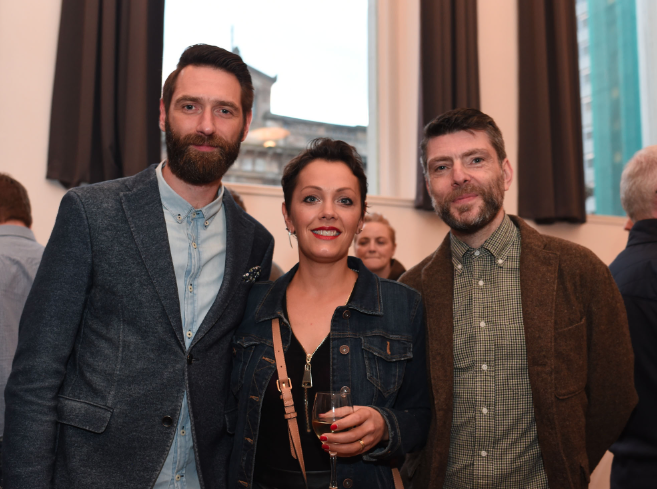 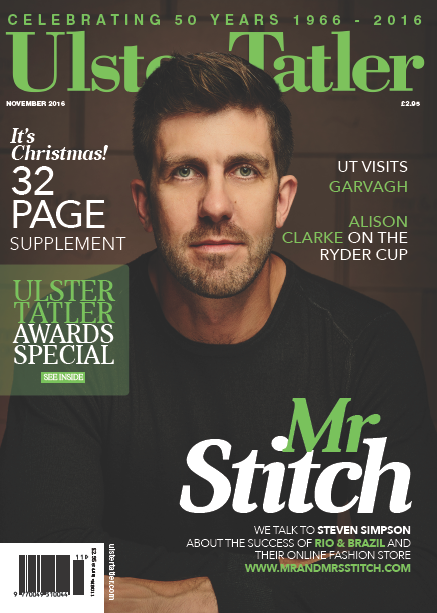 What can I say about Culture Night? It has become one of the most legendary dates in the Belfast social calendar, not just for us creative types…artists, musicians, poets, circus performers, designers, writers, photographers, actors, street artists, pantomime horses etc (you get my drift), but for all the people from Northern Ireland and further afield to enjoy Belfast at its best.

The city was awash with colour and colourful characters lining the traffic free streets of the Cathedral Quarter, whilst music blared from every corner and entertainment was laid on for every creative taste. A huge dinner table was set along the length of Donegall Street in Belfast City Centre, as a giant vegetarian curry made from locally sourced surplus produce fed hungry revellers!

During Culture Night, I took part in a creative Q&A at Blick Studio’s, where myself and five lovely people from both the creative and business world, including the gorgeous Catherine McGuinness from Maven, were grilled about life, business and creativity and how to get that ‘balance’ (which does not seem to exist!).

I surprised myself by making some lovely mono prints at the Belfast Print Workshop with help from my lovely artist pals Karen Daye-Hutchinson and Helen Paisley. Art Loves was well and truly branded by Kaizen Brand, as was Aly McElroy, who brought her gorgeous new baby girl Tig out to play. Some amazing street artists invited by the man himself, Culture Night organiser extraordinaire and Seedhead Arts founder Adam Turkington, came from all over Ireland and the UK to work on some superb new murals for our city.

Local businesses opened their doors and their minds. Line dancers made Hay outside The Spaniard, Bill Harris Hairdressers had a live gig in between the hairdryers, and our all our best loved drag queens took center stage outside Maverick. With over 100 events, there was so much to do and see that I could not fit it all in, but after a quiet drink served by the Adams Family in Malmaison, I did end up in Villa to watch Lumen before heading off to join the long cab queues to head for home. www.culturenightbelfast.com.

Within the last few years, and after the huge international success of Good Boy (their first film together), my lovely friends Conan McIvor and Michael Daly have been creating quite a buzz in the film world with awards flying in everywhere from Los Angeles to Cannes. I was invited to the premier of their latest Short called DAM, starring Conor Doran and Cillian Lenaghan which won Best Short Screenplay at the LA Independent Film Festival Awards. DAM packed out The Movie House on Dublin Road, and was of course attended by Belfast’s great and good. There were a few tears shed in the audience as we watched a very sensitive performance as Dickey and Smurf performed the young men’s ritual of getting drunk whilst meandering through their emotions and pondering life after the suicide of their best mate. DAM supported the charity Mind your Mate and Yourself with the film, and provided an insight into some of the emotional struggles that young men have. We were all invited to join the cast and crew for drinks afterwards in Marcus Ward, where I had a lovely catch up with my boys.

My three children go to Loughview Integrated Primary School, and I am always so pleased to support the Integrated Education Fund, which is a charity that works tirelessly to help our Integrated schools in Northern Ireland. So, it was with a hop and a skip that I went to watch five funny friends of the IEF entertain a huge crowd at the Ulster Hall with a one-off comedy special which raised lots of laughs, whilst raising cash for the fund’s work. Supporters of the IEF gathered before the show to enjoy a VIP reception kindly sponsored by Mervyn McCall, with wine donated by Terry Cross and Chateau de la Ligne. The evening was also sponsored by the family of late and legendary Belfast comedian Frank Carson.

“Stand Up for Integrated Education” brought top names together on stage as mentalist David Meade was joined by comedians Tim McGarry, Neil Dougan, Colin Murphy and Wendy Wason (who seriously made me laugh out loud), generously giving their time in support of the IEF.  All the performers were taking time out from their solo tours and Wendy had just finished an intensive run of 50 shows at the Edinburgh Festival. Thanking the stars for the great night of entertainment, IEF Campaign Chair Baroness May Blood said: “Separating children into different schools from the age of four is not a laughing matter, but it’s good for us to giggle, and it’s all raised valuable funds to help our work at the IEF. The charity exists to grow integrated education in response to parental demand and we couldn’t do it without our generous supporters.”

I am so excited to have been invited by Baroness Blood to attend a dinner at the House of Lords in November with my partner in crime and long-time Integrated Education campaigner and fundraiser, Christine Trueman. Now that will be a night to remember! www.ief.org.uk