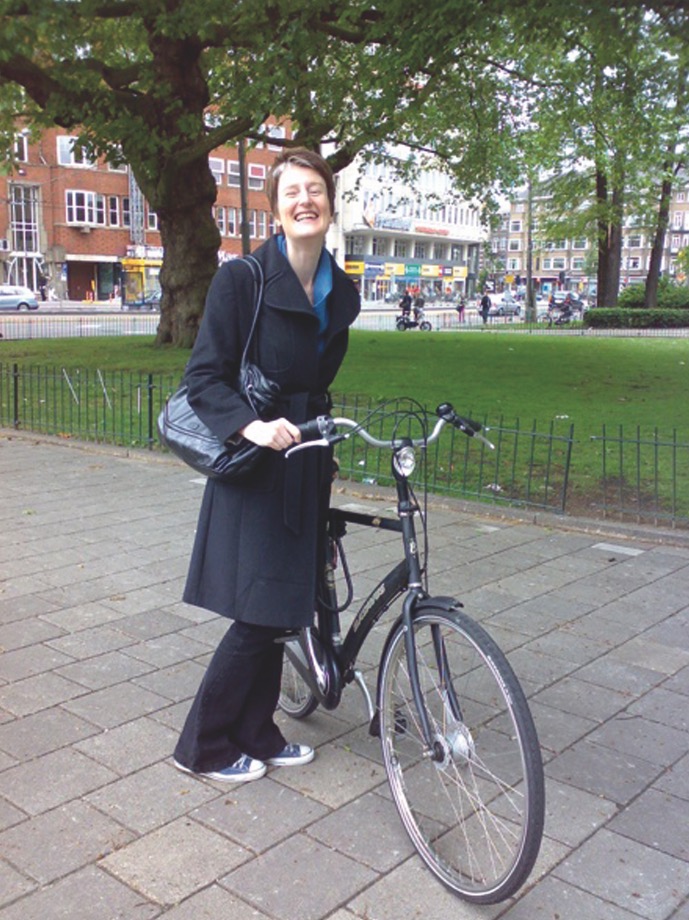 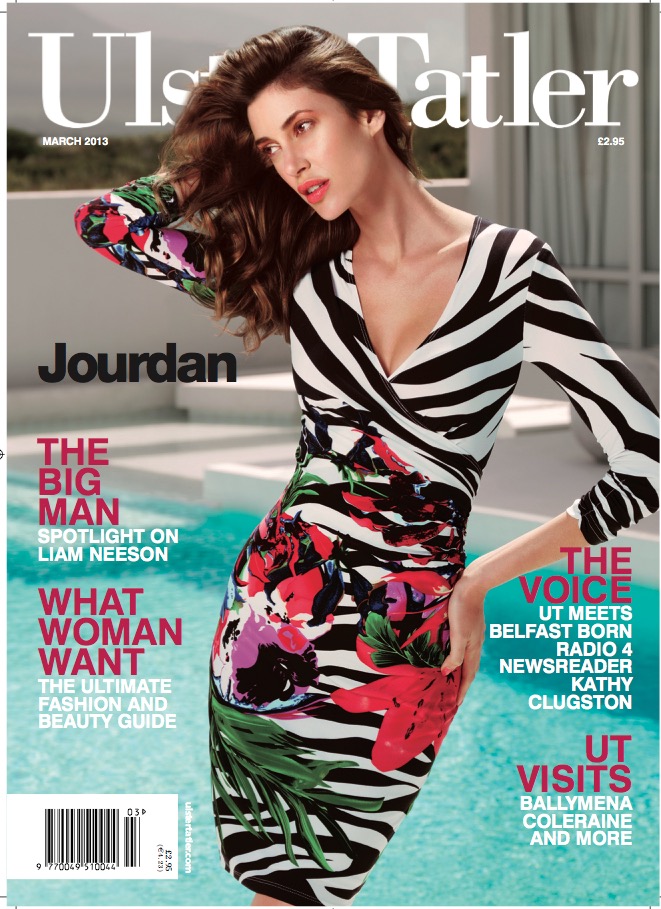 
Geoff Hill chats to Belfast born Kathy Clugston, owner of one of radio’s ‘poshest’ and most recognisable voices.

Kathy’s voice can be heard regularly on BBC Radio 4, Radio 4 Extra, World Service and as the ‘Posh Radio 4 Lady’ on Radio 1. She played the female parts in the popular BBC NI comedy The Folks on the Hill for 10 years until the untimely death of its star Sean Crummey in 2011. It is her voice on the train urging you to ‘alight here’; she is also the female Irish voice on Tom Tom sat nav, and I speak from personal experience when I say she stays very polite even after you miss your turn.

Born in Belfast, Kathy attended Methodist College, then studied French and Russian at Queen’s University and the University of Bath, spending a year in the Russian industrial town of Voronezh. Her media career began in 1996 when she got a job as a TV announcer for BBC Northern Ireland. She moved to Holland for a few years to work for Radio Netherlands, before landing in London in 2006. Apart from fulfilling a long-held dream to read the shipping forecast, working for Radio 4 has led to her making a guest appearance at the Proms, narrating Peter and the Wolf and other pieces for the Kensington Chamber Orchestra and giving a lecture at the Boring Conference 2012 about the shipping forecast.

Her Ulster tones have generally been well received by Radio 4 listeners, apart from the man who sent in a poem complaining that Gordon Brown should not rhyme with Battle of the Boyne. In 2010 she came up with the idea for a Twitter game called #radio4minus1letter, taking a radio programme title and dropping a single letter to create a new title. The idea resulted in her book A Brief History of Tim. She is currently working on a stage musical, which she hopes will tour the UK in 2013. She plays the ukulele.

What is your earliest memory? I think I remember swimming in a rock pool when I was very small, wearing an orange and pink swimsuit (it was the Seventies), but I’m not sure if it’s a realmemory or if I’m just remembering a photograph. I’ve a terrible memory; great chunks of my life are missing. I’ve had no senseof smell since birth and I’ve always wondered if the two are linked.

What were you top and bottom of the class at in school? I always did well at languages. We started French at primary school and then Methody offered Russian, which was very unusual. I think I chose it just to be different. The classes were tiny because almost everyone else did German or Spanish, so we got a lot of attention and I really enjoyed it. I was OK at English and Maths, but not brilliant, and fairly rubbish at science. I gave up history and geography after third form, which I regret now.

What did you want to be when you grew up? I never had a clue, and am still not too sure! I always enjoyed sound; I used to tape things and record my own voice, but I never imagined becoming a radio presenter. Before I got my first job at the BBC I had done a bit of teaching, worked for a ferry company, all sorts. But as soon as I started in broadcasting I felt instantly at home. I love it, and doing the job on a freelance basis means I can do other things too.

Why the ukulele? Secret George Formby crush? Ha! I’m not mad keen on George’s cheeky-chappy ditties, but there’s no doubt he was an amazing player. He invented all sorts of strumming techniques that I couldn’t even begin to master. I started playing with a friend of mine who’d always wanted to learn and I fell in love quite quickly. It’s easy to pick up a few chords, and once you’ve done that you can play anything you like.

What was the first piece of music you bought? ‘I Only Wanna Be With You’ by The Tourists (Annie Lennox, pre- Eurythmics.) It was a 45 single of course. I had a wee plastic record player and a handful of singles that I played over and over, including ‘Eye Level’ and ‘Please Release Me’ by Engelbert Humperdinck (it was my Mum’s, honest). I was not a cool child. I was also obsessed with a tape she had called Beatles Ballads, and a brilliant Muppet Show tape with a yellow cover.

What’s your favourite piece of music? Favourites are too difficult. I like anything by Ella Fitzgerald. I also love folk, show tunes and classical. I’m afraid I always skip any questions about favourite things, because I find it so hard to choose and if I do manage it, I change my mind 10 minutes later. If I ever got famous enough to go on Desert Island Discs, I’d have to turn it down. Far too traumatic.

“I STARTED PLAYING (THE UKULELE) WITH A FRIEND OF MINE WHO’D ALWAYS WANTED TO LEARN AND I FELL IN LOVE QUITE QUICKLY.”

First book? I loved Richard Scarry books as a small child, Dr Seuss too, and I had a beautifully illustrated book of fairy stories called East of the Sun and West of the Moon. The stories were Norwegian, I think, and rather dark.

What were the best and worst bits about working in Holland? I lived in Amsterdam for nearly four years. It’s quite different from the rest of the Netherlands, which is rather conservative and strait-laced. Amsterdam is beautiful and full of slightly bohemian expats. Everyone speaks brilliant English, so it takes no time to fit in. I did eventually learn some Dutch but it was actually quite difficult to find an opportunity to speak it! I felt very free there, and very safe. The best part is cycling everywhere on the flat. The worst part is the food. Terrible.

Other half? Love at first sight? I’ve been with my boyfriend for over a year, but it was definitely not love at first sight. We’d known each other for about six years before we randomly kissed one night. It was slightly embarrassing and we thought nothing more would come of it, but somehow, despite the fact we’re not really each other’s ‘type’, our relationship blossomed. We both think it’s because we started as friends and (happily) the attraction came later.

Best and worst bits about work? There are so many great things about working for Radio 4. My colleagues are a brilliant bunch, we communicate live with millions of listeners every day, people generally admire what we do and we get to hear all that lovely radio. The only down side is the hours. When I’m doing the Today programme I have to get up at 3.30am, and a night shift at World Service can finish at 7.30am. If you’re not careful you can end up permanently sleep deprived with no social life.

Why do you think everyone loves the shipping forecast? Actually, not everyone does love it. Some people find it tedious and switch off as soon as they hear the words ‘Met Office’. For many others though, it’s a kind of poetry. It has a special rhythm, tone and feel. People feel comforted and soothed by it, and often say they go on a little journey of the mind around all the areas of Britain and Ireland. And it’s such an unusual thing to read out. As a broadcaster your instinct is to bring things alive, put lots of expression into them, but the shipping forecast has to be completely neutral. Each phrase must have equal weight. I often tap a beat out with my foot as I’m reading, to make sure I keep a steady rhythm.

Do you mind being the Posh Radio 4 Lady on Scott Mills?  Mind? I love it! Even though I’m not remotely posh. We don’t really do posh in NI, do we? I do turn my accent right down when I do it, but I don’t put on an English one and no one seems to mind. I get such a great response from younger folk when they find out I’m the PR4L. I love that.

How did you, er, find your way to being the Irish voice of Tom Tom? Ah, I like what you did there. I actually recorded that voice seven or eight years ago when I lived in Holland. It’s a Dutch company and I got the job through a voiceover agency there who specialised in English-speaking voices. It was ages before I started appearing on devices in the UK. Suddenly everyone was asking me: “Is that you in my car?”

Pet hates? Snacks in the theatre and cinema. Fruit in cheese. Brillo pads (touching them makes my teeth go funny).

Regrets: have you had a few? Of course. I occasionally break out in a sweat remembering various gaffs. But I try very hard not to dwell on them and to focus on the here and now.

If you had a time machine, when would you go back or forward to? I’d go back 10 years and do everything again, only better. Describe yourself in five words. Tall, anosmic, wordy, sleepy, lucky.

How do you see your next five years? I’m just finishing off a stage musical at the moment, working with composer Desmond O’Connor. I can’t say much about it at this delicate stage, but I’ve joined forces with a production company and am hoping the show will premiere later this year. It’s been a very exciting and educational experience so far, and I expect that will keep me busy for the next year or so. After that I’m hoping I’ll be inspired to write something else – for the stage or perhaps even for radio.

Sum up your lesson for life in a sentence. Why not give it a go?