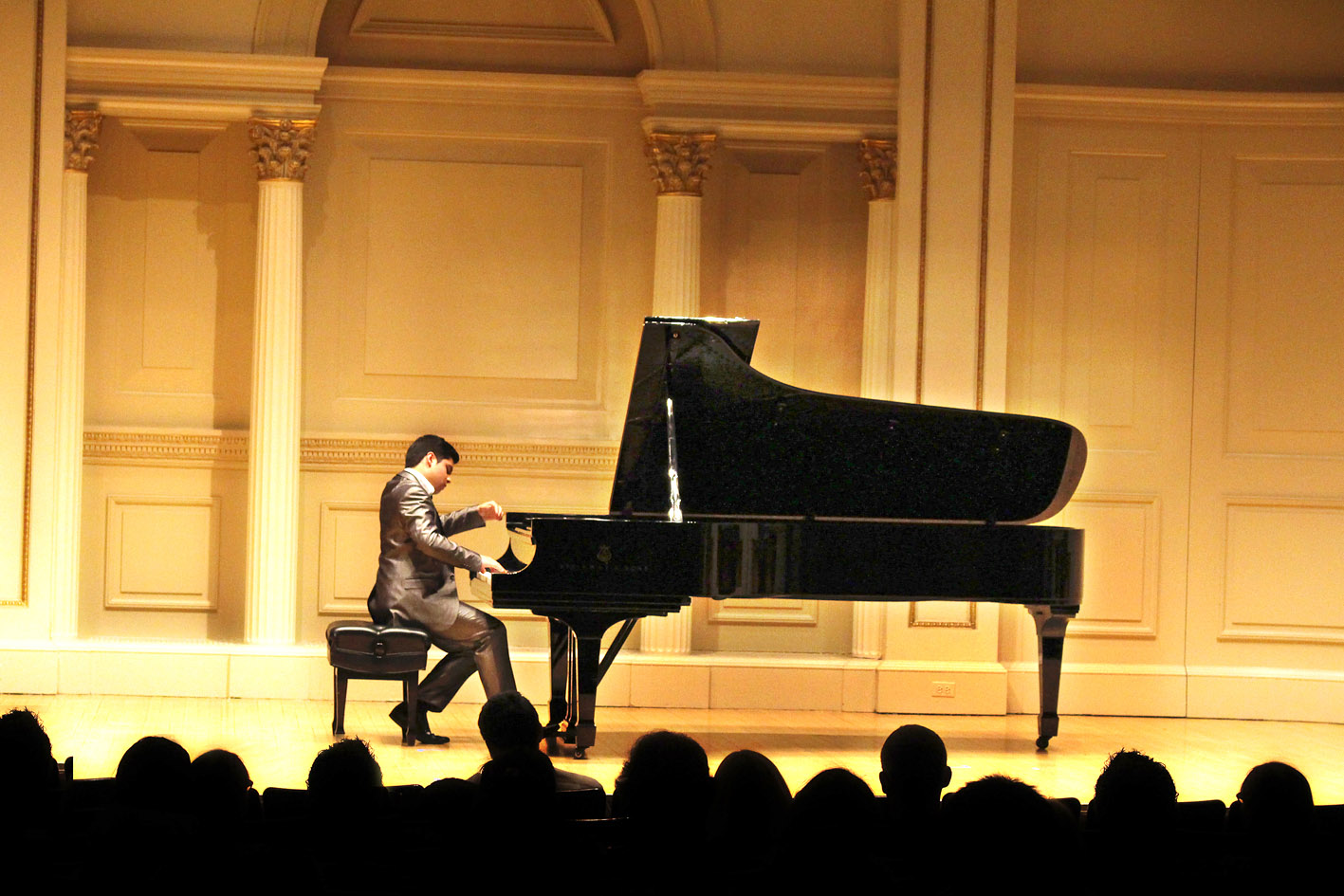 
At 5 years of age, Rowel Elesio Friers won the Carrickfergus Music Festival and received ‘The McCullough Silver Salver’ for being the Most Promising Pianist of the competition. That same year, he won the Dublin International Piano Competition’s William Finlay’s Programme that searches only for Ireland’s most exceptional young musicians.

After achieving distinctions in all of his piano exams to Grade 8 by the age of 12, as well as distinctions in his music theory, he has become a very sought after pianist and has performed in many places of prestige such as the Parliament Buildings, the Great Hall Stormont, The National Concert Hall Dublin and Queens University Belfast.

It is not surprising that Rowel recently performed at Carnegie Hall at only age 14. His Carnegie Hall Debut in May 2017 made him a New York Concerti Sinfonietta International Shining Star, which was an outstanding achievement, as on approaching his audition, he had been out of practice due to a hand injury.

Rowel currently attends Sullivan Upper Grammar School, but this doesn’t stop him from further pursuing his musical career, as he commutes to Dublin weekly to attend the Royal Irish Academy of Music. His ultimate ambition is to gain recognition as a concert pianist worldwide.