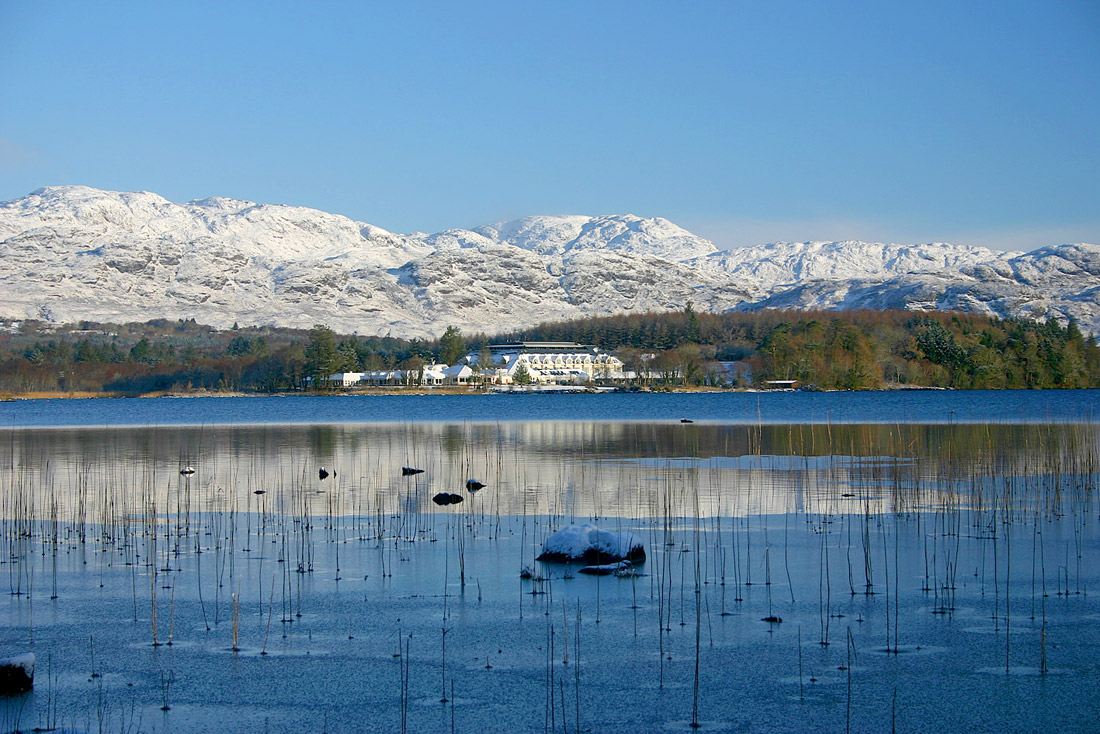 
The luxurious Harvey’s Point Hotel, Lough Eske, Co. Donegall has been named ‘Best Destination Hotel in Ireland’ at the annual Hospitality Ireland Awards in Dublin. The hotel was chosen by the judges because of it’s accommodation and guest services, its renowned food offerings and the graciousness and friendliness of its staff. This is the second major accolade for Harvey’s Point Hotel in recent weeks. At a ceremony in London last month the Hotel was awarded a coveted Four Red stars by the AA, joining an elite group of Irish hotels that have achieved this standard of excellence.

Hotelier Deirdre Mc Glone of Harvey’s Point Hotel, who has been nominated for the ‘Image Magazine Businesswoman of the Year’ title, is delighted with these achievements. The awards are a tribute to the entire team working at Harvey’s Point whose goal it is to deliver the highest possible standards of world-class hotel-keeping, blended with authentic Irish hospitality.

Harvey’s Point has a large and loyal guest base in Northern with continued bookings for enjoyable Autumn breaks, as well as festive Christmas and New Year Packages. Harvey’s Point is as always renowned for continuing to be a premier Wedding Venue even despite the weakness of sterling.

To mark the AA and Hospitality Ireland Awards, Harvey’s point Hotel is now offering a special Celebration Package which includes two nights in a palatial suite, complimentary four course dinner in the 2 AA Rosette Lakeside Restaurant on one evening, breakfast by the Lakeside each morning, in-house activities each Tuesday and Thursday including cooking demonstration, wine tasting and self guided walks. This special offer enables guests to stay for two nights with bed and breakfast from €89 per person sharing per night and includes one gourmet dinner. Guests can also add a third night from €69 per person sharing. The offer is available on specific dates in November, December and January.