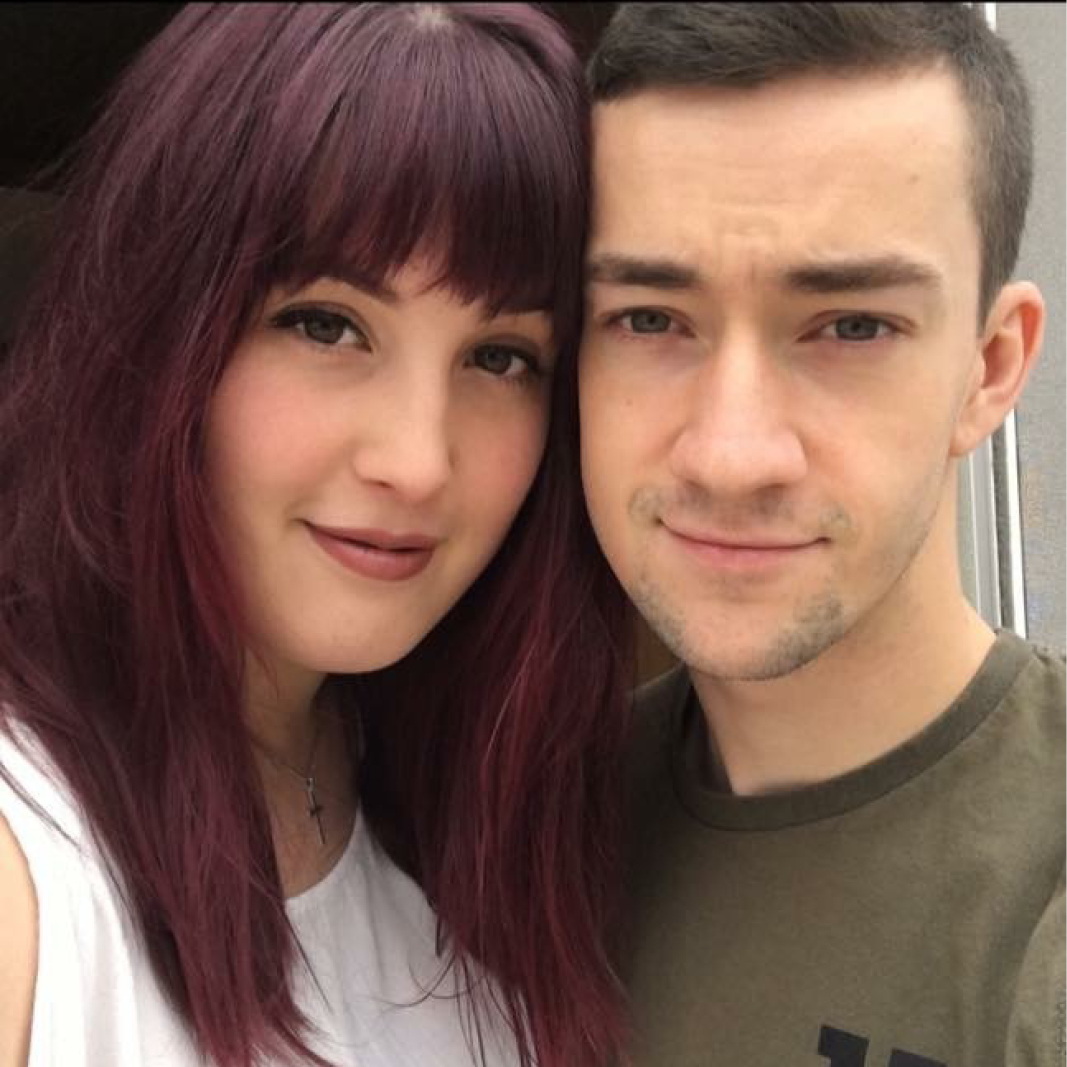 Meghan Barr and her fiancé Nathan.


My fiancé Nathan and I met by total chance. He accidentally added me on social media thinking I was someone else, and after exchanging a few confused messages we realised there had been some kind of mistake. However Nathan is funny and charismatic and after a few weeks of messages and phone calls I eventually agreed to go on a date with him. That was over two years ago now, and I haven’t looked back.

Our proposal isn’t exactly what most people would consider normal or traditional, since he wasn’t the one who popped the question. It was 2016, a leap year and I seized my opportunity. Our relationship hasn’t been an easy one, a year in he left to join the army, and our relationship changed into a long distance situation.

I am not the type of person who enjoys surprises, and knowing this, while he was home during our Christmas celebrations in 2016, Nathan told me his intentions to propose in the coming year. However everything returned to normal, we both went back to work and I thought nothing more of it. He was due to come home on leave at the beginning of March and he started asking weird questions like “What type of rings do you wear?” “Do you prefer gold or silver?” and I knew straight away what he was planning!

My decision to beat him to the punch was a totally last minute decision. On the morning of February 29th, Nathan had been away on a training exercise for five days and our communication hadn’t been the greatest. I woke up to a beautiful long heartfelt email from him, because we hadn’t spoken and I just realised that he too deserves to have someone show him just how much they love him, and what better way for me to do that than to tell him I want to be with him for the rest of our lives!

I went and got a dress, did my hair and my make-up and when he was finally finished work for the day we tried to Skype, but the connection was awful! In the few clear seconds we got before the video went, he managed to tell me how beautiful I looked and I told him he was in for a surprise! I wasn’t giving up, I phoned him on just a regular call and told him my little speech that I had written down earlier in the day, I took a picture of me down on one knee with a ring and sent it to him. Eventually I got the question out, and in total shock he cried and said yes. And that is how I proposed, over a bad connection with a picture and made my fiancé cry in a room fully of 50 other military men.

We celebrated the following week when he came home. He took me for dinner and I gave him the ring that I had gotten him and together we went and picked out my ring. It was only after that, that we told both our families who are so happy for us. The date is set and all the plans are coming together, we will be married in August 2018.