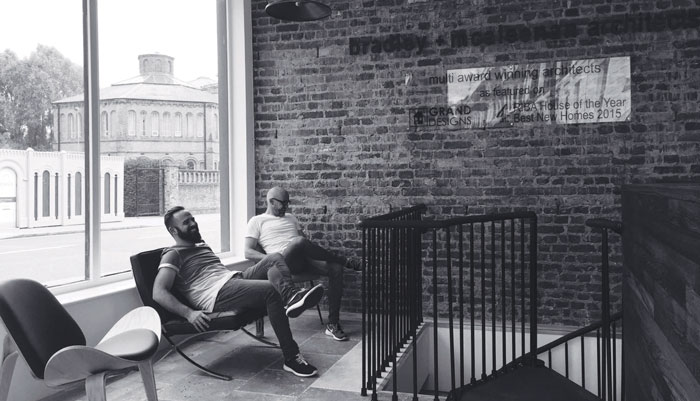 
Local architects Patrick Bradley and Bernard McAleenan have teamed up to open a new office in London.

Bradley & McAleenan Architects Ltd, Chelsea, which opened its doors in July 2016, is already working on several projects around the city and locally here in Northern Ireland.

“Individually we had a lot of clients from over the water so it made sense to open an office over there and where better than Chelsea, London?” says Bernard McAleenan.

“The local residents and businesses have been extremely welcoming and the interest we have received in three months has been overwhelming.”

Patrick became one of Northern Ireland’s most recognisable architects after featuring on Grand Designs with his multi award winning house, Grillagh Water. The house, which was constructed from stacked shipping containers, won two RIBA Awards amongst others and was nominated for the 2015 RIBA House of the Year. Patrick and Bernard not only studied together at Queen’s University, Belfast but also worked together in the beginning of their careers before opening their own practices.

“Bernard is another award winning, like-minded architect. We have the same design and work ethos so it was the perfect partnership for this new venture and an easy choice for us both”, said Patrick Bradley.

Patrick and Bernard have been producing well considered and innovative designs for over a decade. This new practice is growing the already established foundations that, as individuals, they have worked extremely hard to achieve and they are excited to see the expansion of their business both in Northern Ireland and Republic of Ireland, London and elsewhere.