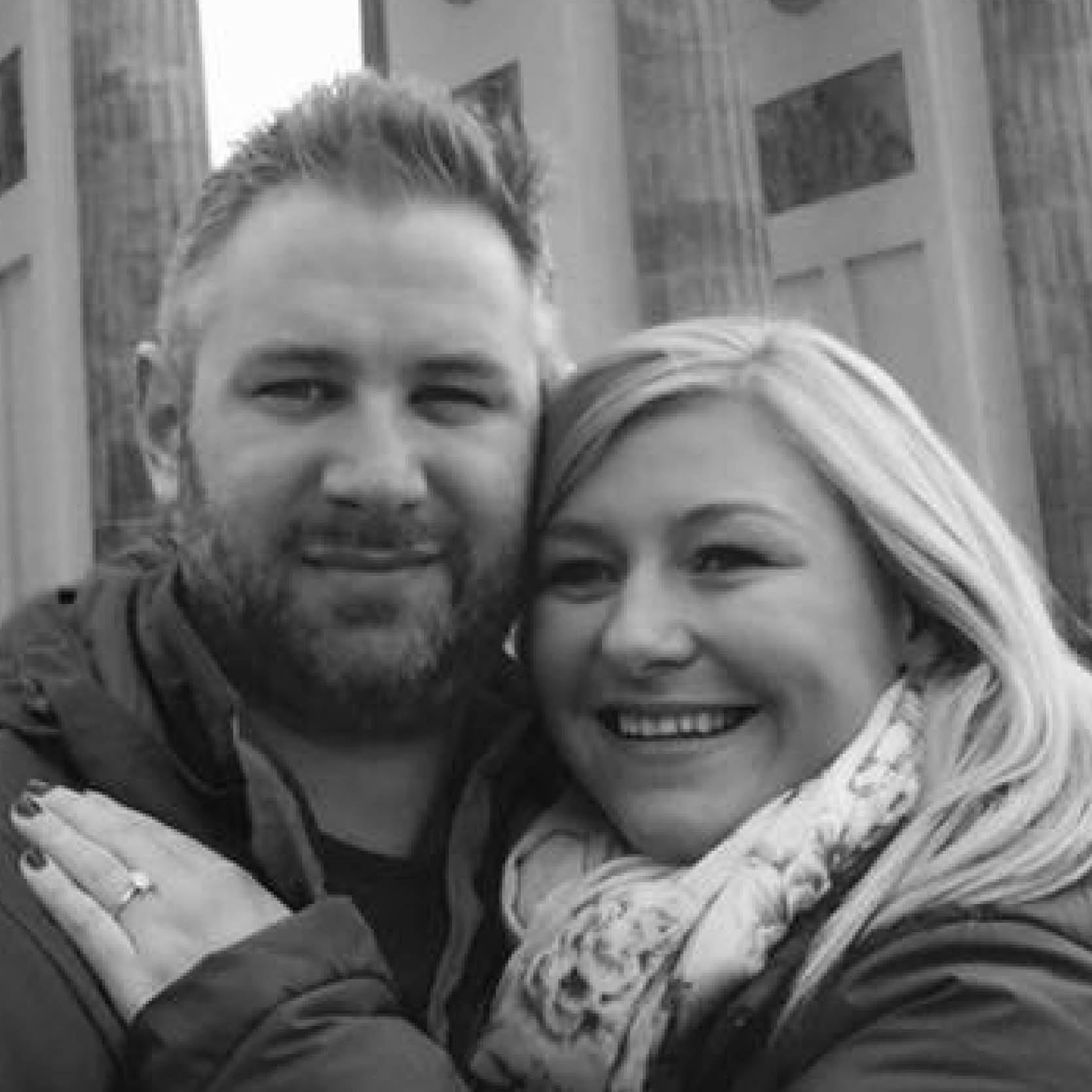 Sarah Turner and her fiancé Daniel.


My fiancé, Daniel and I have been together seven years, mostly long distance at University and then whilst I taught in England. On the run up to his 30th birthday we planned a trip to Berlin, a city we had always wanted to visit. We met in London and travelled there together.

On the Saturday morning we woke early and did a walking tour of the city to see the major sites. I wanted to return to the Brandenburg Gate to take a couple of extra pictures. Whilst there, Daniel suggested we sat down for a bit. He then announced that the trip was not actually for his birthday but for him to ask a question, after a lot of tears he asked if I wanted to see the ring. It was perfect! He had chosen it himself based on one of my grandmother’s rings which I loved. Once I eventually gathered myself and said YES, Daniel suggested I rang my parents who had been keeping the secret.

The weekend continued perfectly tasting local beers, food and breakfast in the Reichstag. But the excitement was not over, he had booked for me to return home the next weekend, to have my hair and nails done and organised both our families to go out for a meal to celebrate.I could not have asked for a more perfect proposal and cannot wait to return to Northern Ireland to marry him.