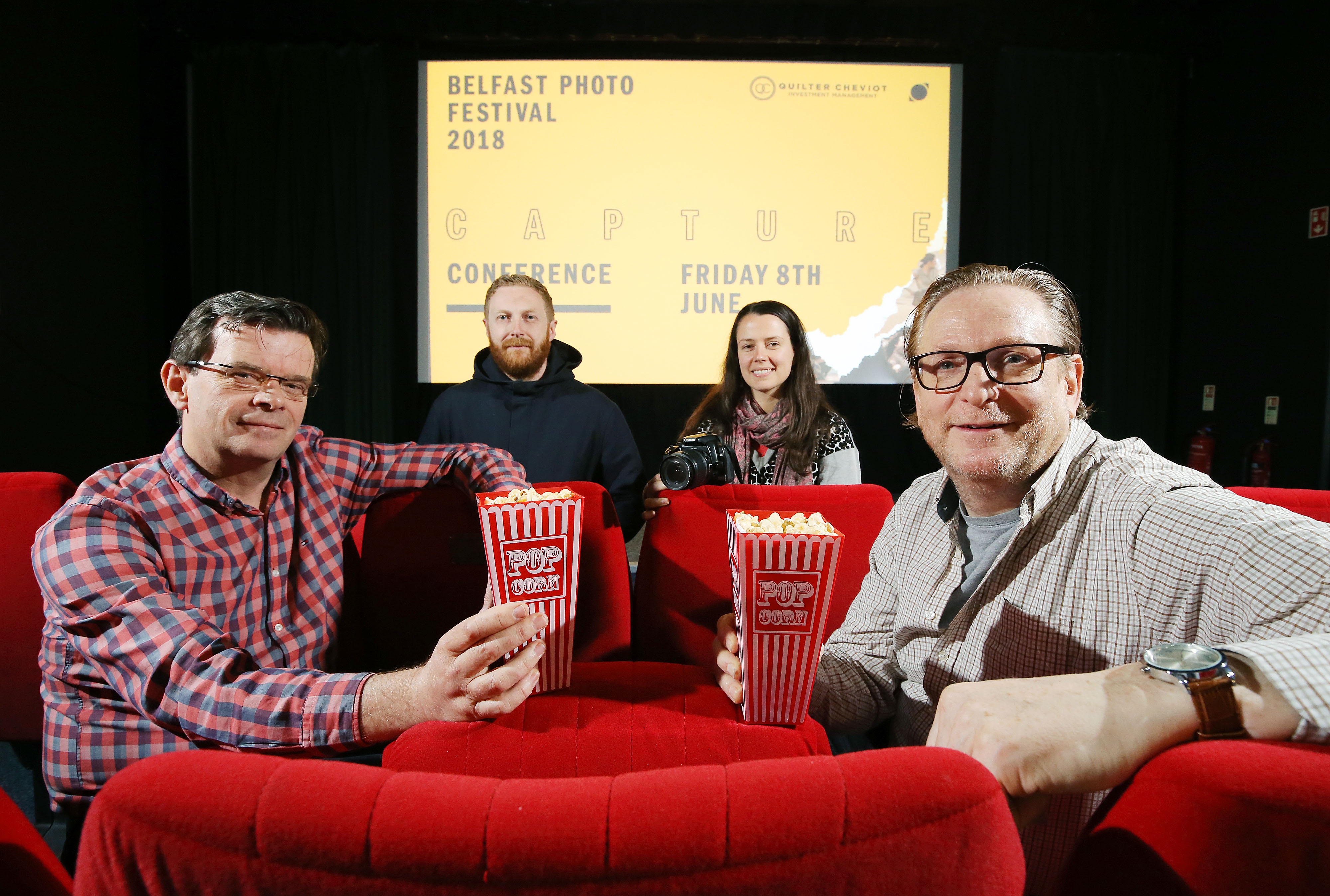 
Torbin Bullock will be the keynote speaker for the Inaugural ‘Capture Conference’ being launched in Belfast.

The new conference, which hopes to enhance collaborative efforts and skill-sharing among Northern Ireland’s creative industries, has been launched and Torbin Bullock, a California-based Film Editor at Pixar Animation Studios who has worked on films including Toy Story, Monsters, Inc and Finding Dory will be its keynote speaker. The inaugural Capture Conference, launched by Belfast Photo Festival to coincide with the 2018 Belfast Photo Festival Compact, will take place at the Queen’s Film Theatre (QFT) on Friday, June 8. The day-long conference will include speakers from industries right across the creative spectrum exploring the use of photography in visual effects (VFX), virtual reality (VR), film, animation, gaming and more.

Keynote speaker, Torbin Bullock will take part in a panel discussion on the use of photography in animation alongside Colin Williams, Creative Director at Sixteen South, and Ruth Ducker, Brown Bag Films. He will also deliver a keynote talk about his experiences working in the golden age of 3D animation on countless classic and record-breaking box office hits. Having worked in animation since the early 1990s, Torbin is known for his work on films such as Toy Story, A Bug’s Life, Monsters, Inc, Cars, Brave and Finding Dory where he also voiced hapless sea lion, Gerald.

Other conference speakers include Kris Kelly, Managing Director at Enter Yes, Phil Morrow, CEO at Retinize and James Busby, Director at Ten24 who will participate in panel discussion covering the use of photography in gaming and VR. Stills photographers, David James and Joanne Mullin will also be joined by Andrew Reid, Head of Production at NI Screen to explore how photography is used in film and TV. As one of the world’s leading stills photographers, David has photographed from the set of major motion pictures including Star Wars: The Force Awakens, Mission Impossible, Batman Begins and Saving Private Ryan to name but a few.

Conference founder and Festival Director of Belfast Photo Festival, Michael Weir said:“Northern Ireland has a rich history of creative export. From people and place to product, our celebrated creative output spans the globe. We have state-of-the-art film studios used for blockbuster film and TV production, we have award-winning visual artists of all kind that hail from our shores and act as global ambassadors, shining a light on our homegrown creative industries and calibre of work. “The inaugural conference will act as a forum for creative professionals in all fields across Northern Ireland to collaborate and skill-share to further enhance our excellent creative output. The conference will bring with it leading creative minds from across various industries to share their story and insights, but we have a rich pool of creative minds in Northern Ireland too. So, alongside global names and brands will be keynote addresses by some of the best minds in creative professions across Northern Ireland. “Photography is universal and industries across the creative spectrum rely on it. The conference will bring to light the growing application of photography in so many creative fields.”

Belfast Photo Festival returns from June 7 – 30 with Belfast Photo Festival Compact, in association with Quilter Cheviot Investment Management. A condensed festival format, Belfast Photo Festival Compact will include the inaugural Capture Conference as well as a programme of workshops, seminars and exhibitions staged throughout greater Belfast. Highlight exhibitions include the work of Brian Griffin, best known for his album photography with artists such as Billy Idol, Depeche Mode, Iggy Pop and Elvis Costello. The grounds of Belfast City Hall will also be the home for an engaging, large format exhibition – entitled ‘The Disciples’ – by James Mollison which showcases musicians’ fans photographed outside gigs emulating the unique style of their idols.

The conference takes place on Friday, June 8 and tickets are available from the Belfast Photo Festival website

For more information on this year’s festival or the inaugural Capture Conference, visit www.belfastphotofestival.com and keep up to date on social media via Facebook, Twitter and Instagram.