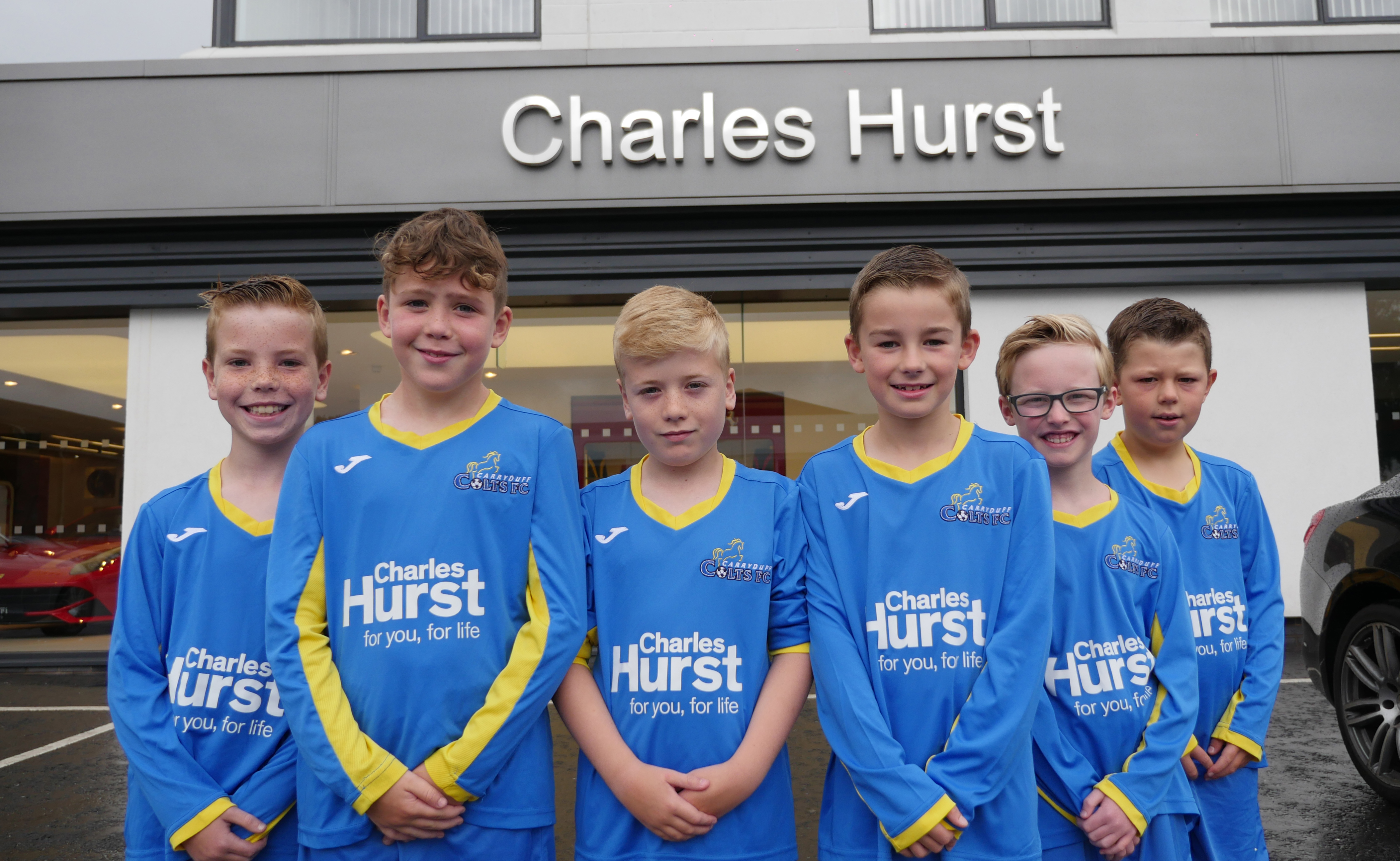 The company will be working in partnership with the club for their 2018/19 season and will be providing vital funding for the football team, helping to buy kits and support tournament participation such as the Foyle Cup which takes place in July each year.

Carryduff Colts originated in 2003 as a single cross community football team and is now one of the fastest growing clubs in South Belfast. The club has more underage teams than any other club in the South Belfast league.

“We are delighted to provide sponsorship to Colts Football Club again this season. We hope that by maintaining this level of support, we can play our part in developing the future players of football in Northern Ireland.

“Charles Hurst are dedicated to supporting grassroots sport within local communities, whether at a regional or national level. The provision of education and training in sport and fitness is vital to the health and wellbeing of future generations and we are very proud to be supporting Carryduff.”

Stephen Harte from Colts Football Club said of the sponsorship:

“The Charles Hurst partnership is crucial for the club. Thanks to their support we are in a position to provide first-class facilities and equipment to coach all our teams across the board. We are extremely proud of all our players across the teams, abilities and age groups that come to use and enjoy our facilities.

“Charles Hurst’s generosity has helped to support the club and in turn the entire community. It’s not only a place for all ages to develop sporting skills but it’s a social hub also.”