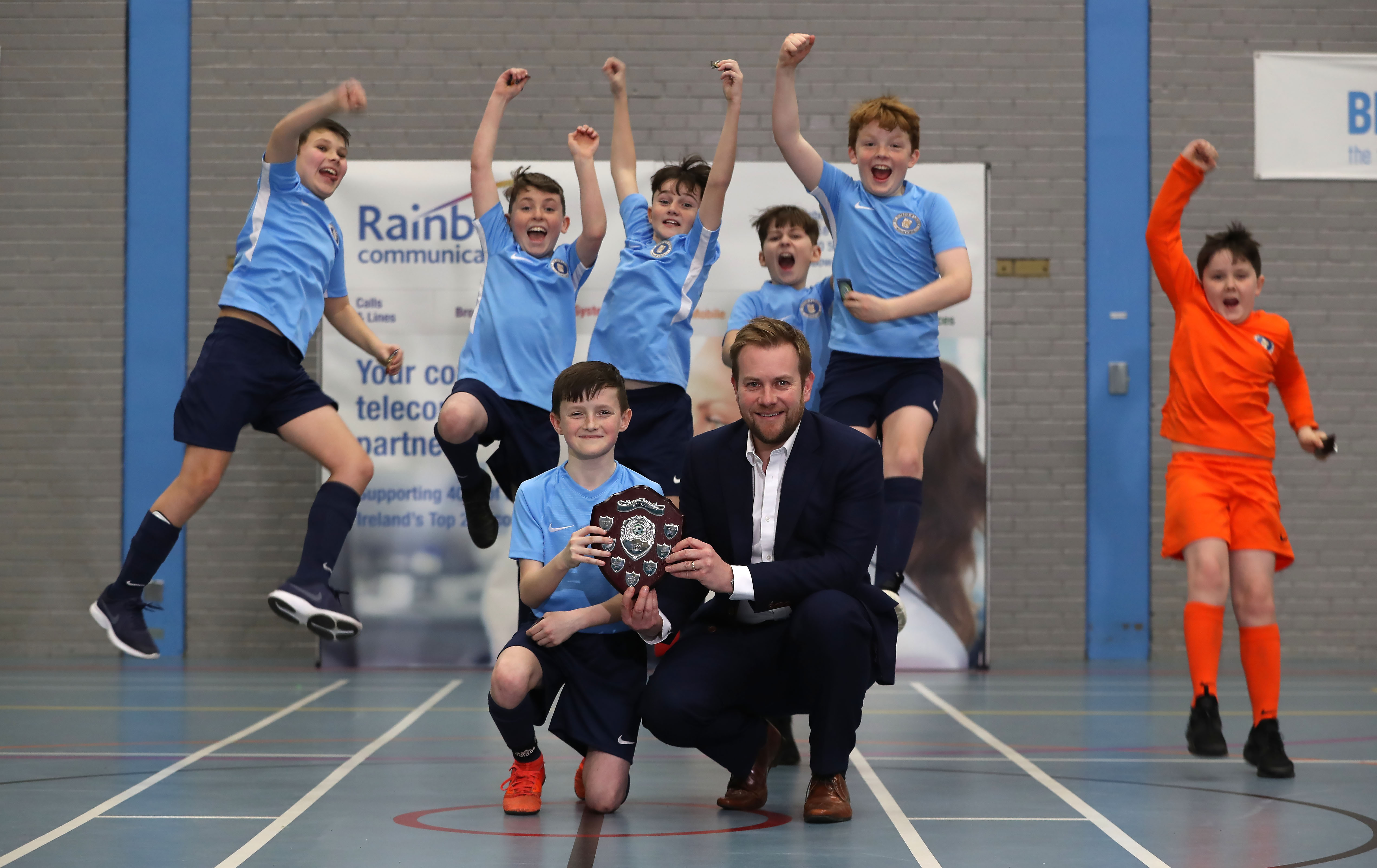 Sponsored by Rainbow Communications, the five-a-side grassroots junior league competition encompasses more than thirty-seven community primary schools from right across Belfast and is a major annual event in the school calendar for more than 225 schoolchildren keen to pitch their skills in a competitive arena.

The Belfast Primary Schools’ Football Association has been developing promising all-ability young players for almost 90 years and is committed to using football to promote mental, moral and physical development while encouraging competitive play at national and international level.

Northern Ireland’s largest independent telecommunications company, Rainbow, which has been sponsoring the growing tournament since 2001 and enlisted the support of Northern Ireland football hero David Healy two years ago to help power its growth, commended the students, their families and the association for the commitment, skills and determination on show this year.

“Taking part is everything, so we’re absolutely thrilled to see so many schools and children join a tournament that continues to grow and attract real interest and participation from right across the city,” Rainbow Communications Sales and Marketing Director, Stuart Carson, said.

“This tournament is all about competition, camaraderie, fun and learning and the students who took part have really worked hard to demonstrate their best.  Congratulations to all the team from St Thérèse Lisieux Primary School on the Antrim Road who played so well to win and congratulations to everyone who took part.”

Mervyn Bryson (chairperson of the BPSFA) stated that “the competition is now synonymous with Rainbow Communications and it is hoped that the co-operation between the two organisations will continue in future years.  We are also indebted to the staff at Shankill Leisure Centre who are always very cheerful, friendly and helpful with the arrangements and discharge their duties in a professional way.  I thank Rainbow Communications for their time and generosity which means we can bring so many Belfast schools together in the name of sport.  We wish them every success in 2019”.