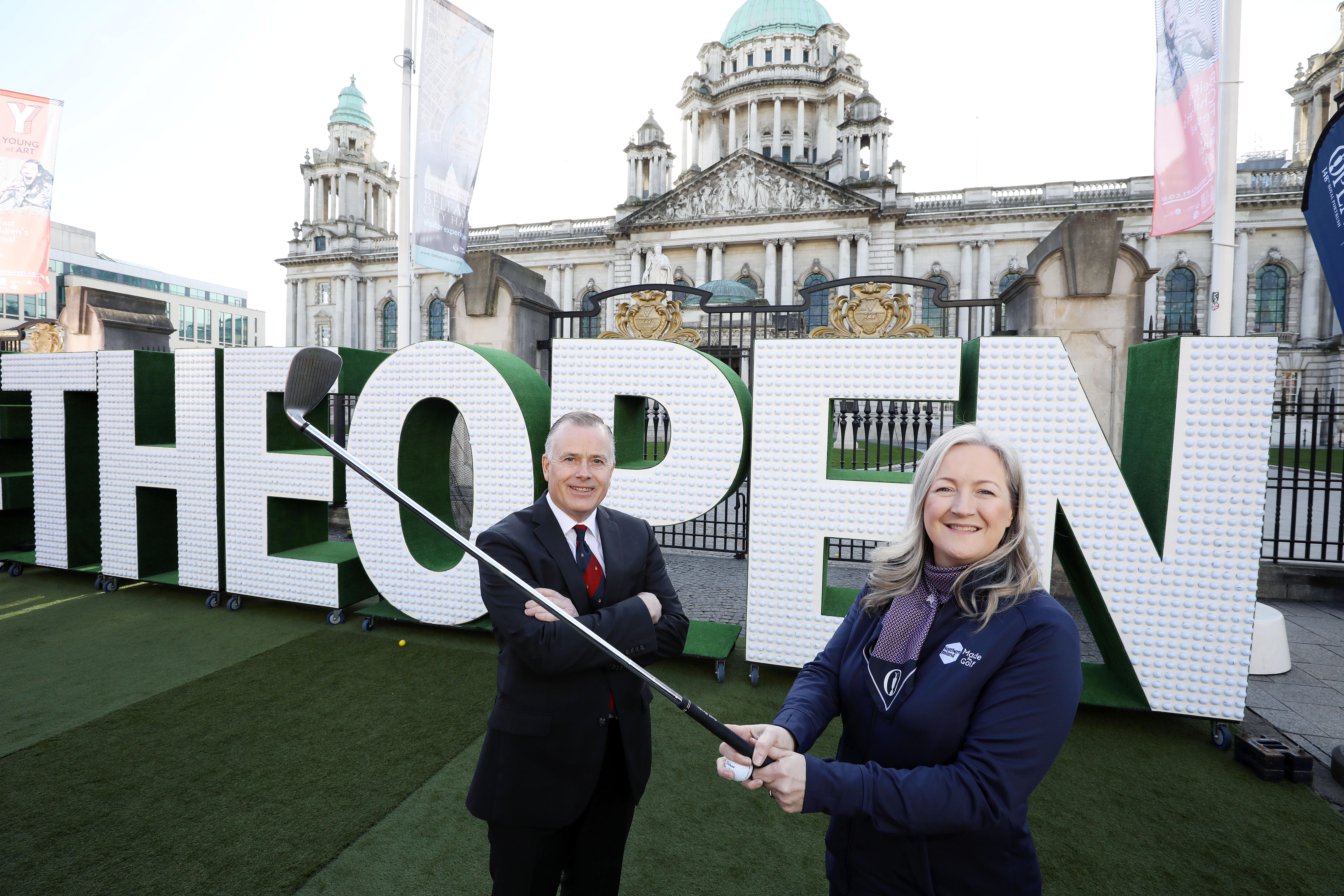 Tourism NI continues its ‘Epic Journey to The 148th Open’

The community event will take place in every county in Northern Ireland, as well as Dublin, to mark the excitement and civic pride surrounding the return of golf’s most prestigious championship to Royal Portrush for the first time in nearly 70 years this July.

The 148th Open at Royal Portrush will be beamed to over 600 million viewers across the world, and is set to attract 190,000 eager spectators, with a team of 6,000 staff and 500 volunteers warmly welcoming visitors.

The Championship has already achieved record-breaking ticket sales as the first ever Open to sell out and Tourism NI is inviting local communities to join the excitement and get involved in the countdown to July.

“The 148th Open is the biggest event that Northern Ireland has ever held and has been years in the making. The Championship will shine a spotlight on Northern Ireland, placing us on a global stage and leaving a lasting legacy. We are ready to welcome the hundreds of thousands of visitors who will be joining us to watch a truly spectacular sporting event.

The Epic Journey to The 148thOpen tour will include golf’s most iconic trophy, the Claret Jug, along with a giant #TheOpen letter sculpture, designed by Tourism NI and made out of 4,000 golf balls, which was unveiled by global golfing hero and former Open Champion, Rory McIlroy, last October.

“The Open returning to Portrush is massive for Northern Ireland, everyone is so excited and is getting behind it. I never thought I would have the opportunity to play in a major championship at home and I’m really looking forward to it. You can really feel the buzz here already, it’s going be a fantastic year as we get ready to welcome The Open for the first time in over half a century.”