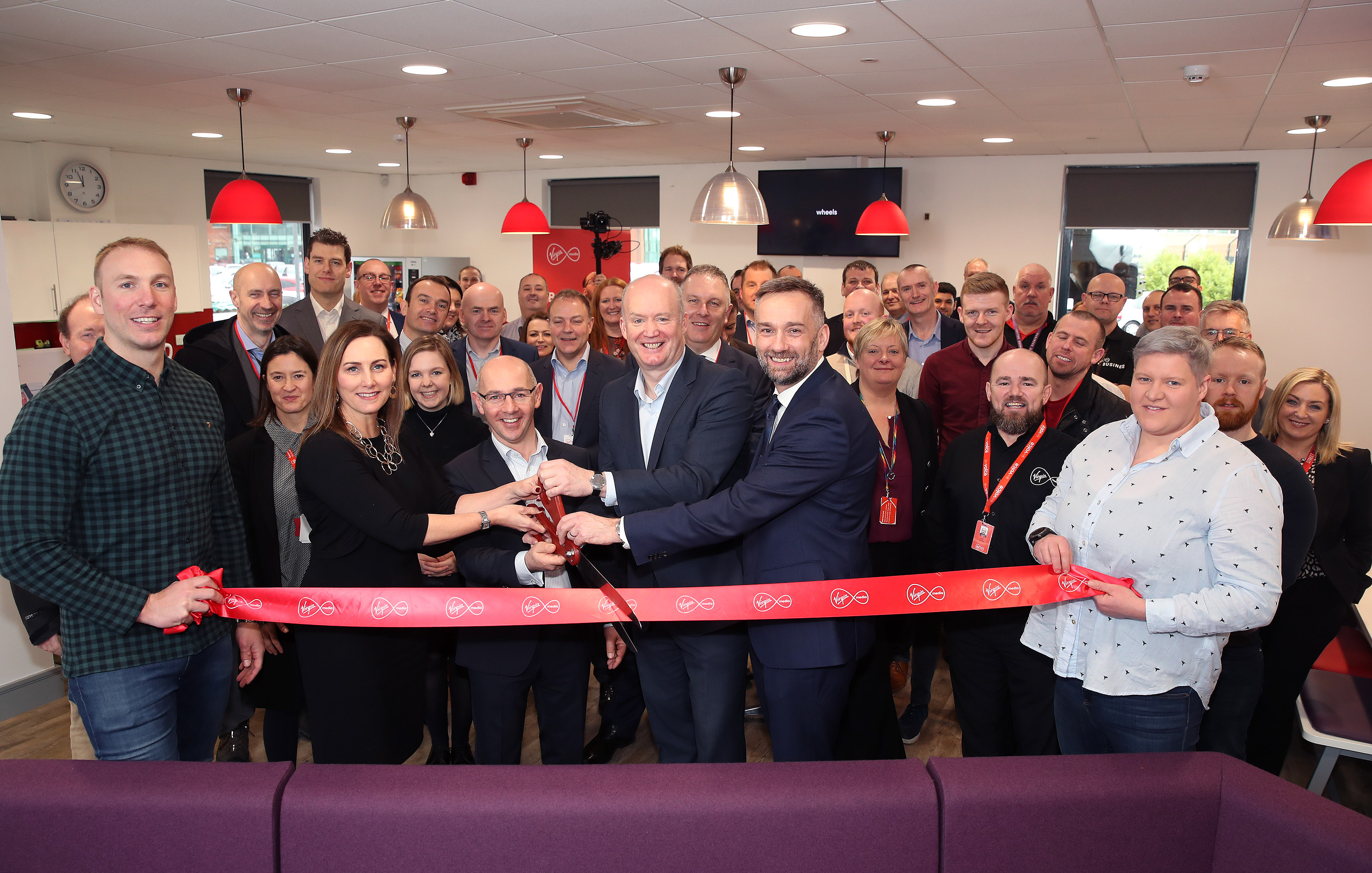 The new headquarters will be home to the majority of the company’s 350 Belfast employees, many of who are overseeing the company’s multi-million pound network expansion and investment programme.

Virgin Media has invested more than £65 million in Northern Ireland since 2015 and now 300,000 homes and businesses are connected to its ultrafast, gigabit-capable network.

“Virgin Media is Northern Ireland’s fastest widely available broadband provider and our new office signals our continuing and unstinting commitment to the province.“

Since Virgin Media launched its Project Lighting expansion programme in 2015, more than 100,000 premises in Northern Ireland have been connected to Virgin Media’s network and more than 300,000 homes and businesses can benefit from the new speeds.

More than 10 million metres of cable have been laid by their build crews across Northern Ireland as part of Virgin Media’s network expansion programme. The company is a major investor in Belfast, having connected 98% of the city to its ultrafast network.

Virgin Media’s new network investment is supporting the Belfast Region City Deal where up to £1 billion could be invested over the next decade, generating up to 20,000 jobs across the region.