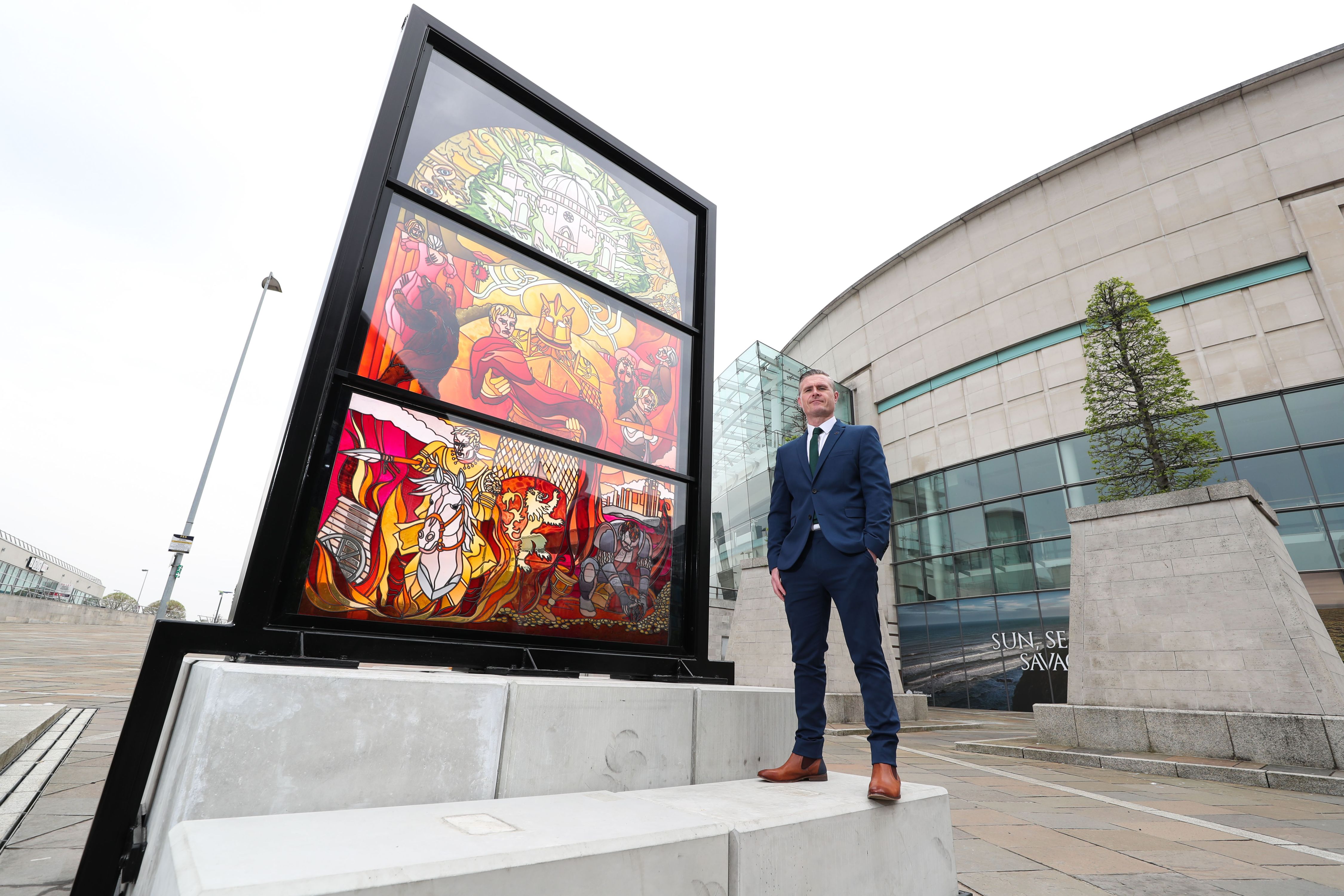 
It’s week two of Tourism Ireland’s latest Game of Thrones campaign and the second ‘Glass of Thrones’ has been revealed in Belfast at the Waterfront Hall.

As season eight of Game of Thrones unfolds, Tourism Ireland will unveil a new window each week at a key location in Belfast, creating a 1.8-mile legacy trail for fans to visit and follow.

The experience continues online, where Tourism Ireland will ‘unlock’ a new window each week on its website, Ireland.com, allowing fans all over the world to be part of Northern Ireland’s ‘Game of Thrones Territory’.

From Cersei’s shameful walk of atonement to Tyrion’s vengeance act of patricide, the second window represents the fans’ favourite, most shared and most discussed Lannister moments.

Tourism Ireland’s first ‘Glass of Thrones’ in mid-April, opposite the entrance to Belfast City Hall. It pays tribute to House Stark – one of the series’ dynasties, based in the harsh northern regions of the fictional Westeros.

Other Houses that will be represented over the coming weeks include Baratheon and Targaryen.