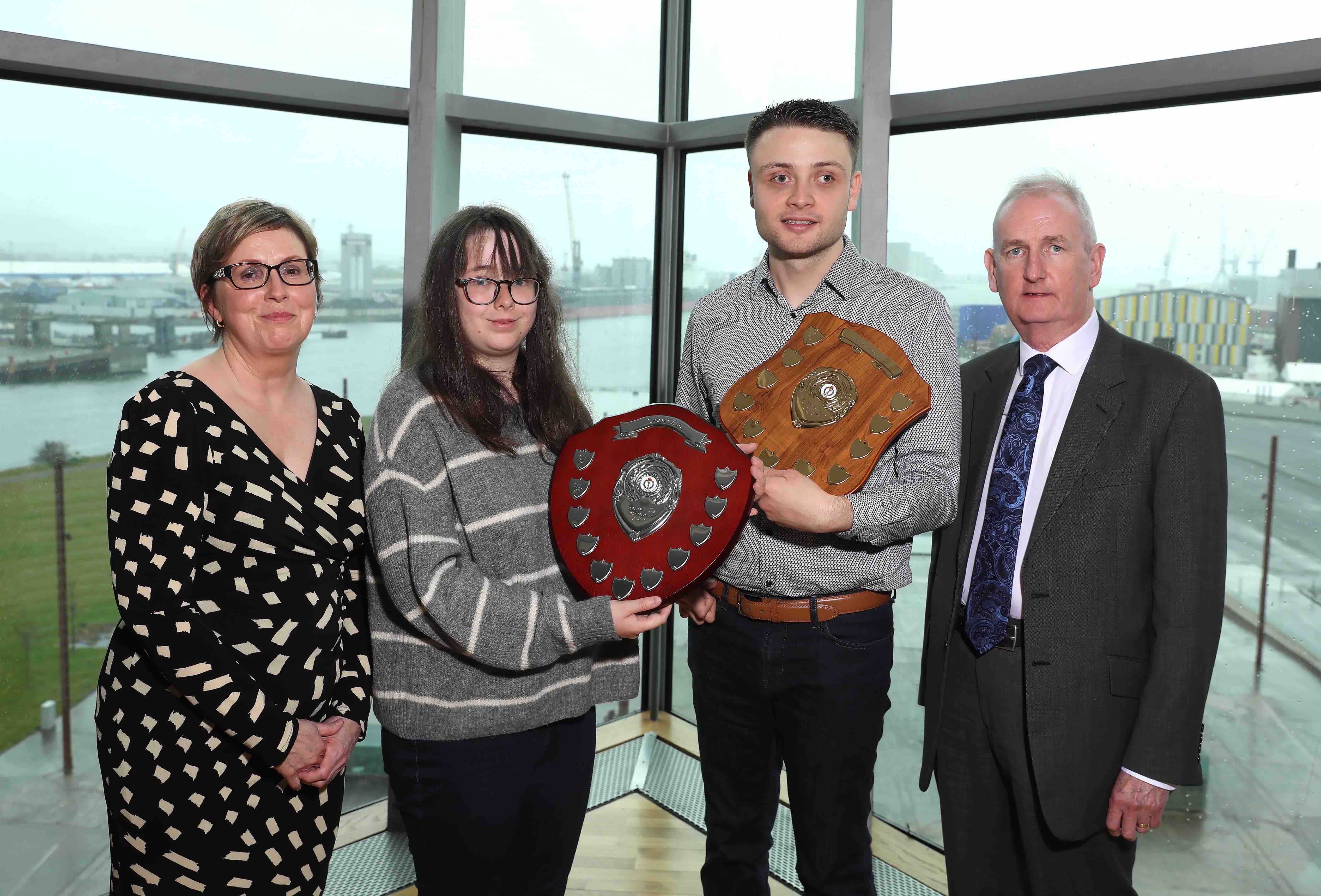 
Over 170 local people with learning disabilities and/or autism had their achievements recognised at the recent (8 May) 24th annual Orchardville Awards Ceremony 2019 at Titanic Belfast. Northern Ireland football legend David Healy was a special guest at the event.

Sarah Mooney (24) from East Belfast won the prestigious Joanna Tuffy Endeavour Award. This award recognises an Orchardville participant who has shown true endeavour throughout the past year.

A new award at this year’s event was the Open College Network NI Orchardville Ambassador Award, which recognises those that have guided other participants. Two very deserving individuals, Darren Gregg (26) from East Belfast and Jordan Hide (23) from Bangor, both received the accolade.

Orchardville has been supporting people with learning disabilities and/or autism for almost 40 years.  The charity, which has offices in East Belfast, Bangor, Lisburn and Derry, provides accredited training and skills development. These include occupational and vocational skills, wellbeing support, skills for life and work, OCN (Open College Network) accredited training, school transitions services and work placements.

The inspirational guest speaker at this year’s awards was Adam Harris, CEO of AsIAm. Adam founded the organisation in 2013, and he has based it on his own experiences growing up as a young autistic person in Ireland. Adam shared his inspiring journey with guests at the awards event.

The Orchardville Awards Ceremony 2019 is sponsored by Bombardier and hosted by Titanic Belfast.