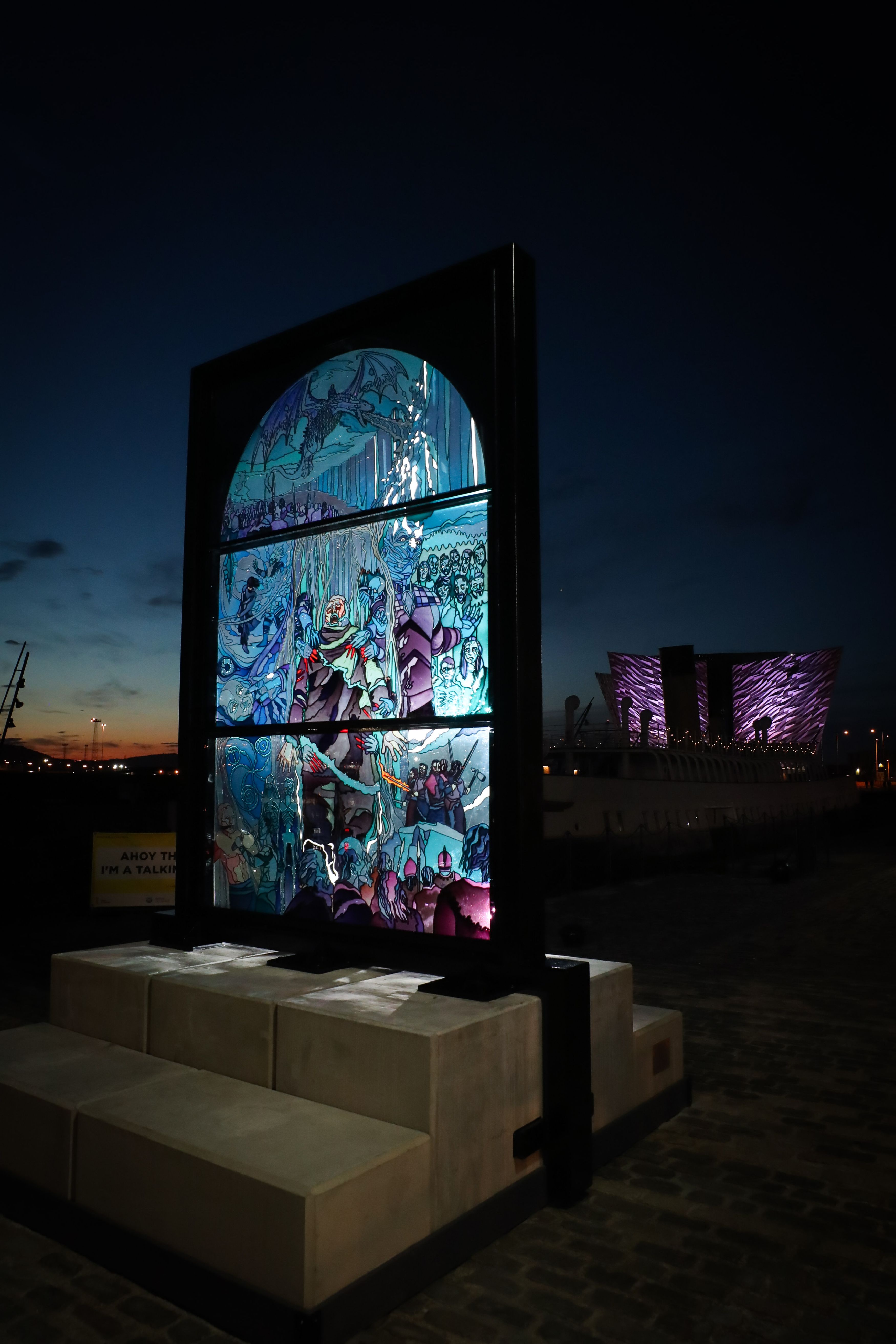 The Fifth ‘Glass of Thrones’ unveiled


It’s week five of Tourism Ireland’s 2019 Game of Thrones campaign and another eye-catching installation has been unveiled in Belfast last night (Wednesday, 15 May) – beside the SS Nomadic at Hamilton Dock. This week’s window, or ‘Glass of Thrones’, is all about the villainous and elusive White Walkers – complete with their eyes painted in striking glow-in-the-dark paint!

One final window will be unveiled by Tourism Ireland next week – to coincide with the airing of the dramatic final episode of season 8 – which will bring the globally successful saga to its close.

The first four windows depicted key moments relating to House Stark, House Lannister, House Baratheon and House Targaryen – located opposite Belfast City Hall, at the Waterfront Hall, the Lagan Weir and SSE Arena. When all six windows are installed, they will form a 1.8-mile ‘Glass of Thrones’ trail in Belfast – the newest addition to the range of GoT-related experiences to be enjoyed by fans in Northern Ireland, the ‘Home of Thrones’.

Interactive digital versions of the windows have also been ‘unlocked’ on Tourism Ireland’s website, Ireland.com – where fans can explore the intricate panels and scenes, upload a photo to create a digital, stained glass ‘selfie’ … and then share that photo with friends and fellow fans on their social channels.