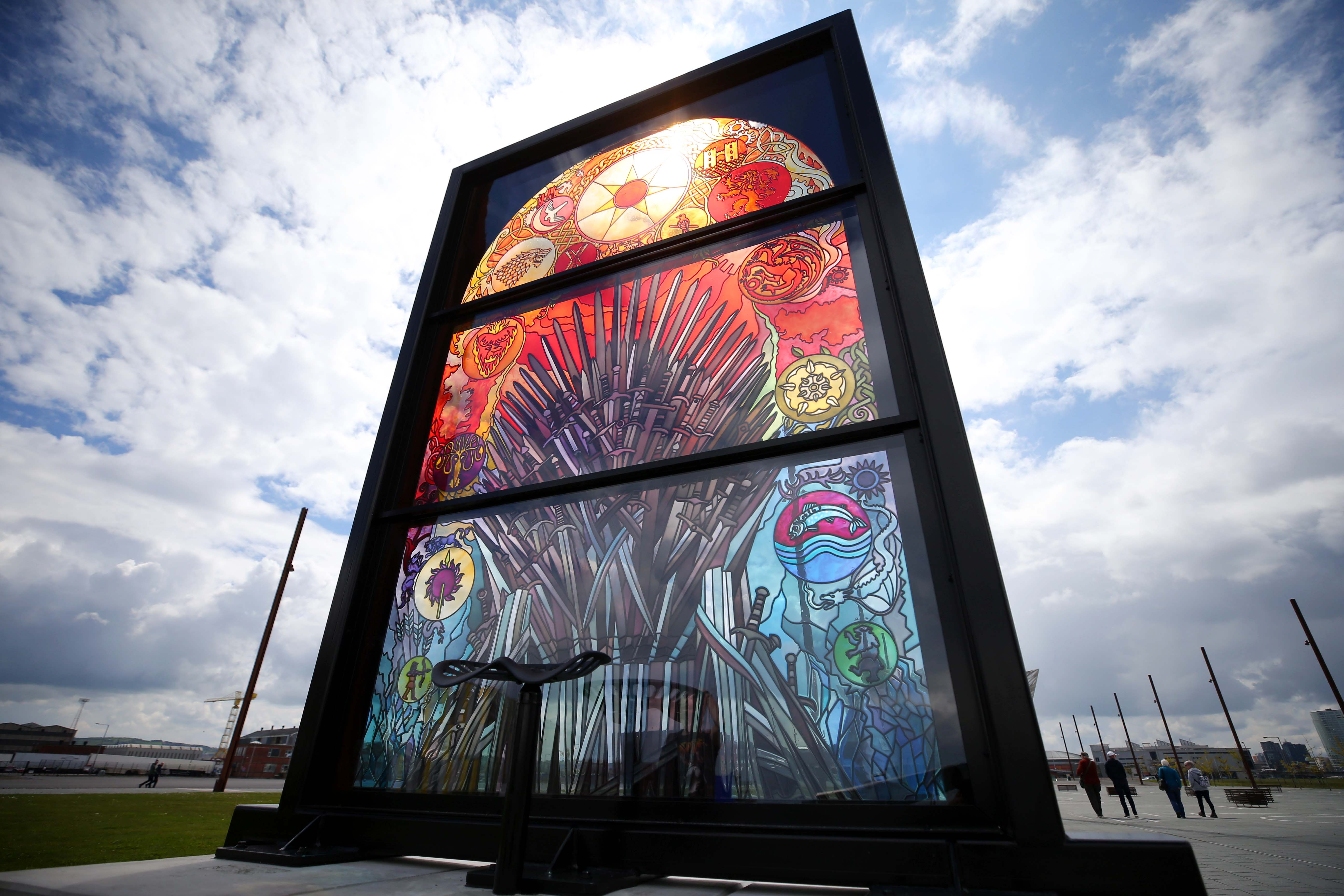 
It’s the sixth and final week of Tourism Ireland’s 2019 Game of Thrones campaign and the latest ‘Glass of Thrones’ has been revealed in Belfast at the Titanic Studios.

This week’s installation represents the show’s iconic Iron Throne – complete with a built-in seat in front of the window, specially designed for great ‘selfies’. After almost a decade of the show’s characters fighting and dying over its ownership, fans and visitors from around the world can now take a seat overlooking the very studios that brought Game of Thrones to life! Tourism Ireland’s message for fans everywhere is: “Come to Northern Ireland and take your rightful place on the throne”.

As the show finally drew to a close this week, Tourism Ireland has also unveiled a great new video about the stained-glass windows – it’s a behind-the scenes look at how these fantastic pieces of artwork were created.To view the online video, click here.

Each week after one of the final episodes aired, Tourism Ireland unveiled a new window in Belfast – creating a brand new “fan trail” leading visitors across the city, from the first installation at City Hall to the final installation at the home of the show’s production in the Titanic Studios.