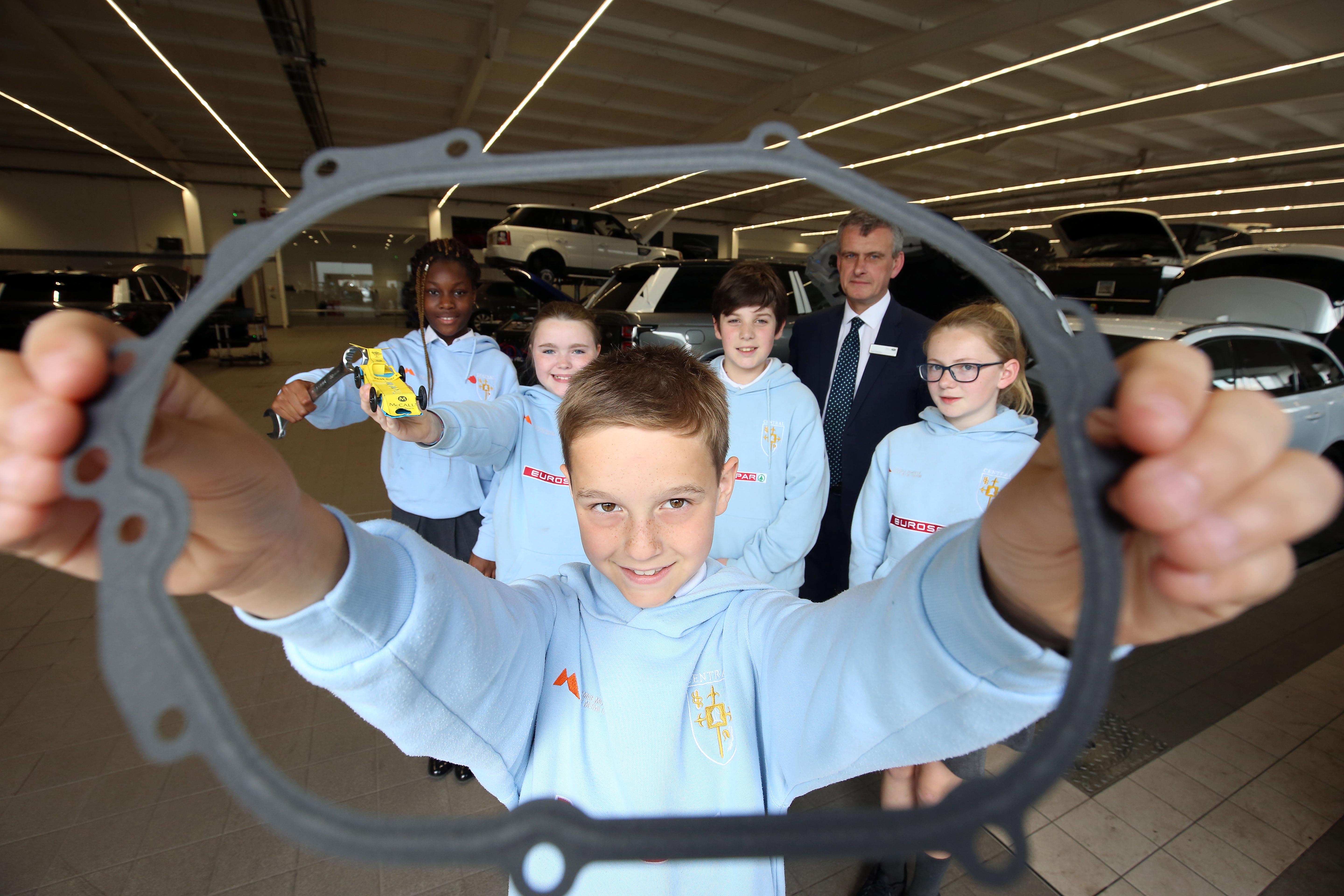 Charles Hurst Jaguar gets into gear with Lisburn Primary school


Charles Hurst Jaguar was the proud sponsor of the Lisburn Central Primary School P7 team as they raced their way to the finals of the Jaguar Primary School Challenge UK National Final 2019.

The Jaguar Primary School Challenge is a STEM competition which involves designing and manufacturing the fastest car possible within a strict set of rules, all whilst following the design and engineering processes employed by real engineers in Jaguar Land Rover.

Team ‘Thunderbolt’ from Lisburn PS designed and built their very own mini race car using innovative design software and technology which was then raced on an official Jaguar Primary School Challenge 20m track.

The primary school had to compete against 22 other NI schools to secure their place in the final, where they had the opportunity to compete with teams across the UK and after a thrilling day of racing their mini creations, Team ‘Thunderbolt’ were named the very worthy runners up.