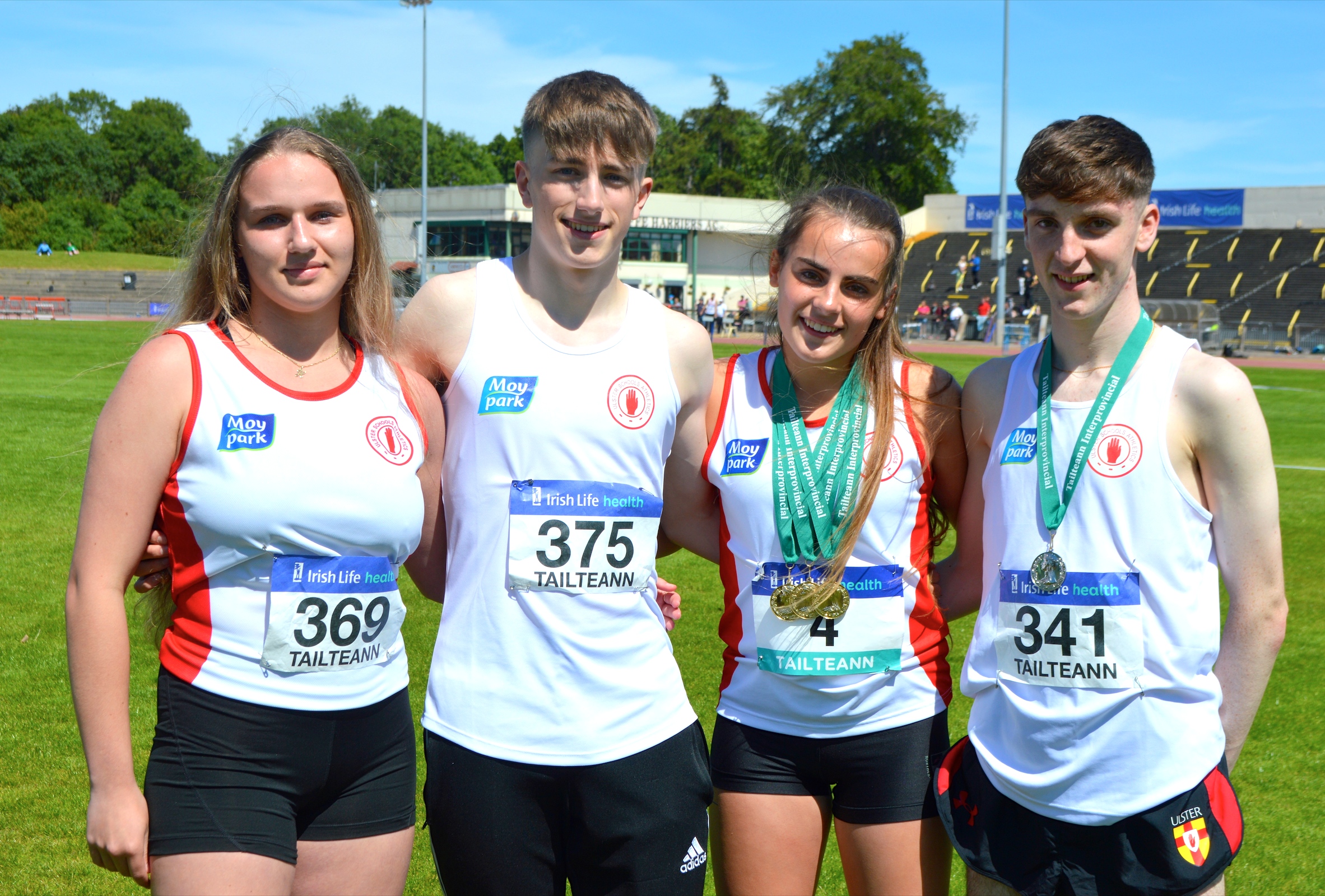 Sprinter Jenna, who three weeks earlier claimed gold in the 300 metres at the Irish Schools’ Championships, secured first place in the same event, in a championship record time of 39.39 seconds! Jenna later backed up her earlier victory by securing gold in the 4 x 300 metres relay, as well as in the shorter 4 x 100 metres relay, where she made up an incredible eight metre deficit to anchor her team to gold

Furthermore, Year 11 pupil Dylan McBride went one step better than his performance at the Irish Schools’ event, where he claimed bronze in the 1500 metres, by this time finishing as runner-up in a personal best time of 4 minutes 04.27 seconds.

Elsewhere Grosvenor’s representation was completed by Nathan Stewart, Year 12, who finished 6th in the 100 metres, and Helena Rieske, Year 11, who placed 10th in the Hammer.

Well done to all of Grosvenor’s competitors on the day. To be selected for this elite event was an accomplishment in itself. As a result of their success, Jenna and Dylan are now in line to represent Ireland at a Schools’ International, due to take place on 20th July in Swansea.