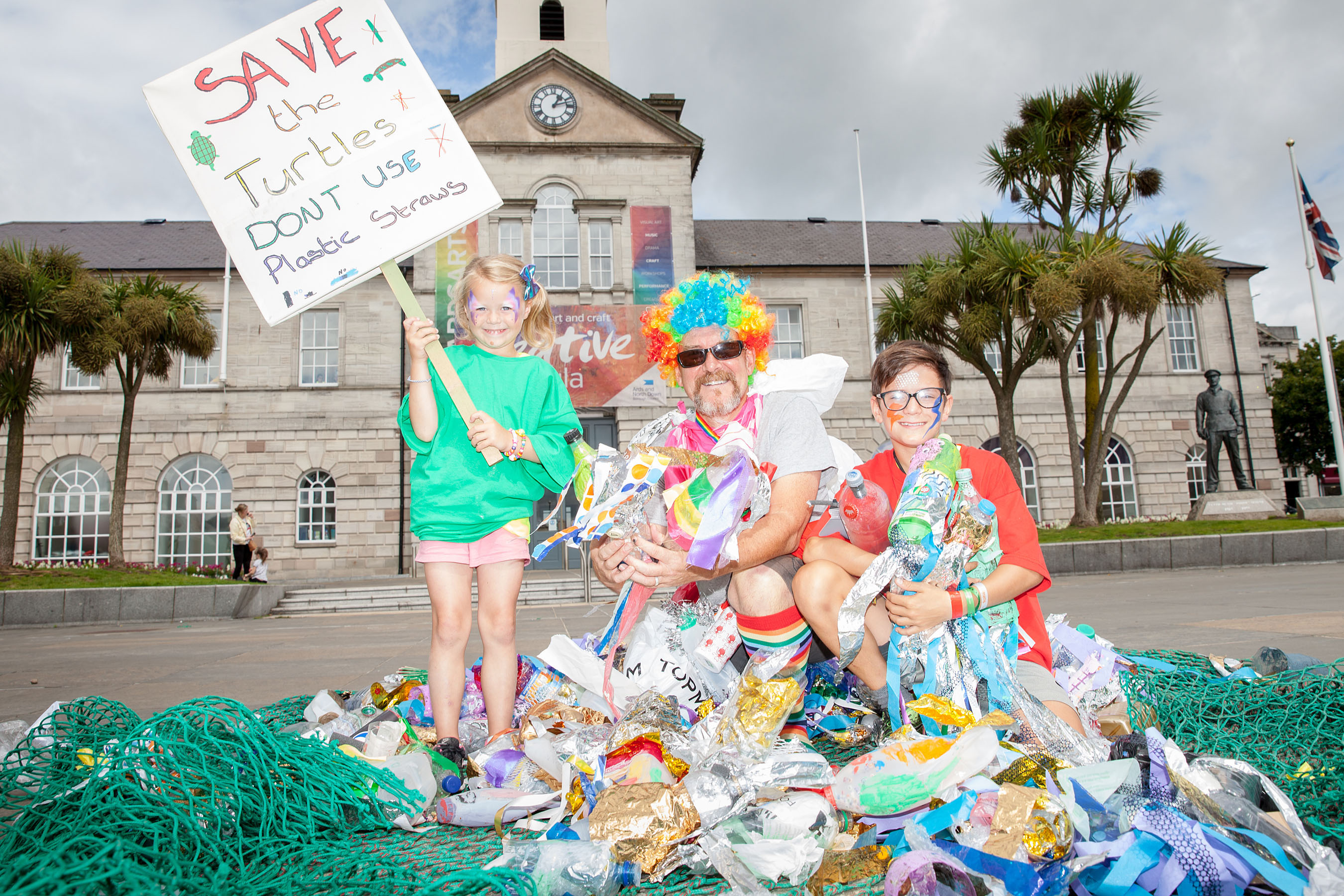 Around 200 enthusiastic children who were registered for Ards and North Down Borough Council’s Community Summer Schemes congregated in the square to dance, chant and raise awareness of the effects of plastic pollution.

Funded by the Council’s Recycling Community Investment Fund (RCIF), there was lots of fun, lots of colour and an important environmental message was delivered.

The Mayor of Ards and North Down, Alderman Bill Keery, said: “Plastic pollution can be found on every beach in the world with an estimated eight million pieces finding their way into the ocean every day. Everyone needs to reduce their reliance on plastic and I’m pleased that Ards and North Down Borough Council is spearheading efforts to raise environmental awareness within our community through projects funded by our Recycling Community Investment Fund.”

During the 20-minute exercise, children chanted and danced with a Samba band in the background while Professor Plastic Not Fantastic informed the gathering crowd of key plastic pollution facts and figures.

The flash mob exercise was made possible thanks to the Council’s RCIF and the Community Development team. Funding from the RCIF enabled children who attended the Community Summer Schemes to work with DU Dance (NI), learn about plastic pollution and share their knowledge with the masses through their entertaining public display.

The RCIF was established as a ‘thank you’ to residents for their recycling efforts. It costs the Council half as much to recycle waste compared to the cost of sending it to landfill and almost £15m has been saved in landfill costs since the programme’s inception.

A portion of these savings are ring-fenced every year and are made available to the RCIF for use in environmental projects in the borough.