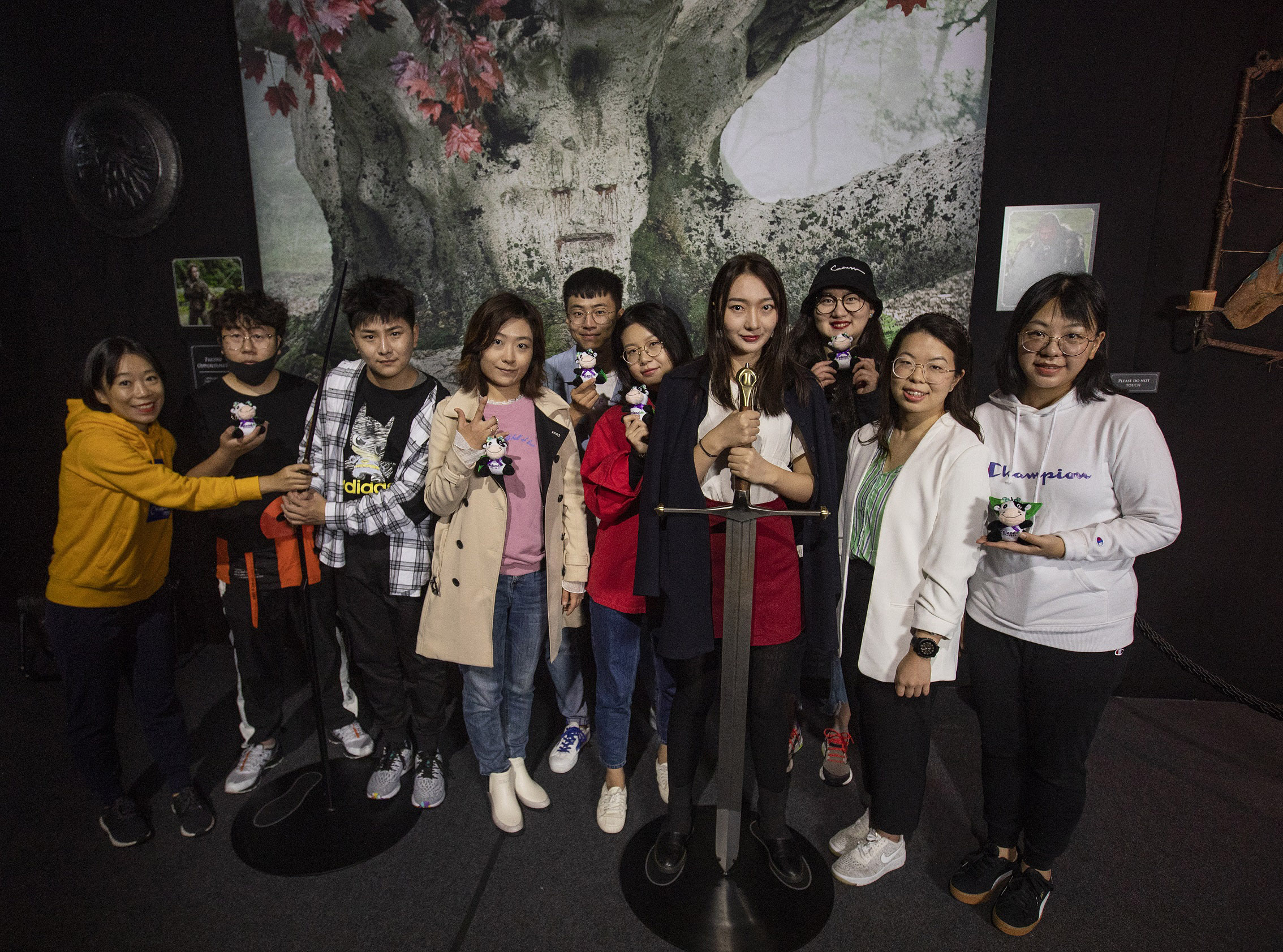 Prize-winners check out the ‘Home of Thrones!’


Nine Chinese fans of Game of Thrones have been visiting Northern Ireland. They were the lucky winners of a competition organised by Tourism Ireland in China, in conjunction with Tourism NI.
This spring, Tourism Ireland in China teamed up with HBO Asia – rolling out a special Northern Ireland promotion to coincide with season 8 of Game of Thrones. The promotion – designed to remind GoT fans in China that Northern Ireland is one of the main filming locations for the hugely popular TV series and to encourage those fans to come and check out the locations for themselves – included a competition, with a chance to win a trip to Northern Ireland to explore the ‘real life Westeros’.
The prize-winners’ VIP tour – designed by Bespoke NI – included a visit to the Game of Thrones Touring Exhibition in Belfast and the opportunity to check out Tourism Ireland’s Glass of Thrones trail around the city. They enjoyed a tour along the Causeway Coastal Route, stopping off at various filming locations, took part in a fun ‘Winterfell’ experience at Castle Ward and attended a Game of Thrones banquet at The Cuan in Strangford.
Recent Posts