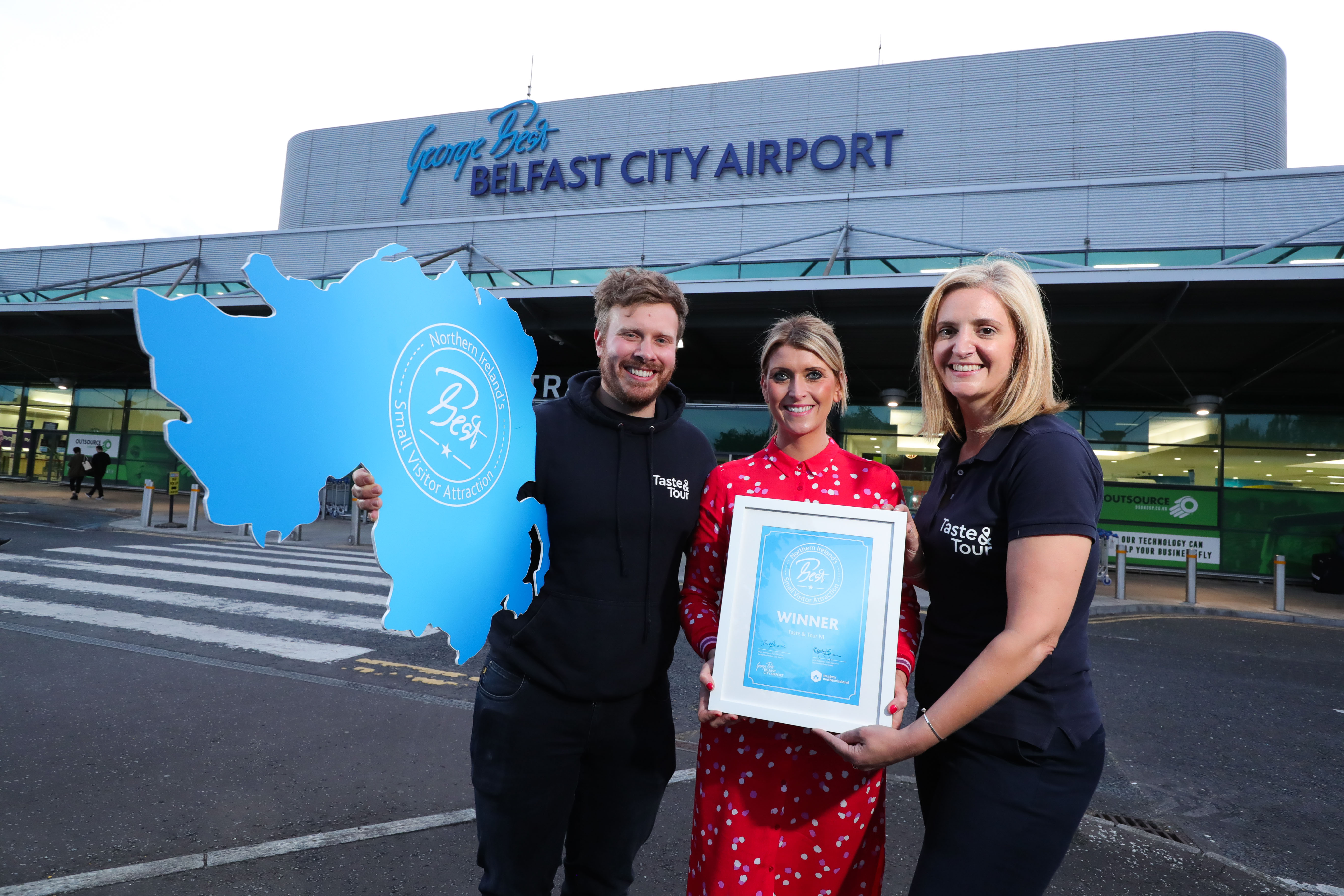 The Belfast based company, which hosts food and drink tours and experiences, will now receive £30,000 of free marketing support and brand visibility at Belfast City Airport.

Earlier this year all eleven Councils put forward a shortlist of attractions and experiences who then took part in a public vote on the airport’s Facebook page with the winning attraction from each Council progressing to the Final.

All eleven finalists then received a visit from the judging panel which included representatives from Tourism NI, Tourism Ireland, Visit Britain and TripAdvisor.

“We were keen to support the airport with this project as it drew attention to some of the incredible attractions we have here in Northern Ireland, and generally attractions that don’t have large marketing budgets.

“We are absolutely delighted to be named Northern Ireland’s Best Small Visitor Attraction, particularly when all of the finalists were of such a high calibre.