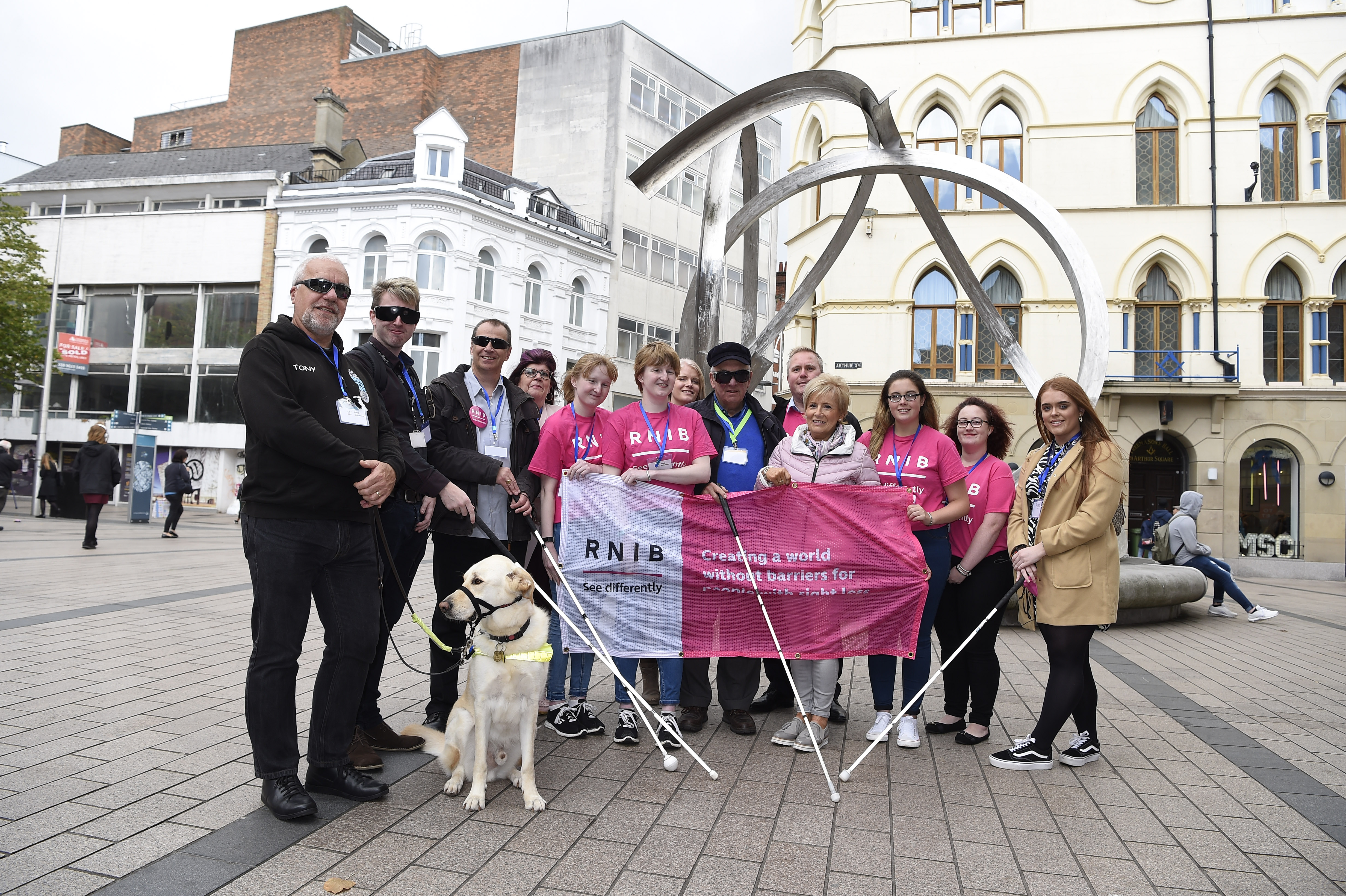 
It was a sight to behold indeed as members of the Northern Irish print and broadcast media gathered to take 1,373 blindfolded steps around Belfast City Centre.

The charity hopes that by physically navigating the streets of Belfast, complete with its everyday obstacles and hazards, joined by people with varying degrees of sight, it will help give people an insight into what it is like to be blind or partially sighted living in NI.

While some people donned blindfolds, others sported Sim Specs – specialised glasses created to simulate eye conditions such as glaucoma, cataracts and diabetic retinopathy, whilst being led through the streets by RNIB guides.

Walk participants were also given white canes to give them a further understanding of what it’s like to come into contact with street furniture outside cafés and restaurants, board advertising signs outside shops and bars and bicycles.

The walk took place from RNIB NI’s headquarters in Gloucester Street, through Cornmarket – one of the epicentres of Belfast’s shopping district. It was preceded by a video on sight loss and a presentation from Rosaleen Dempsey, Manager of RNIB NI’s Children, Young People and Families team and a personal story of his sight loss journey from RNIB volunteer Ken Carson.