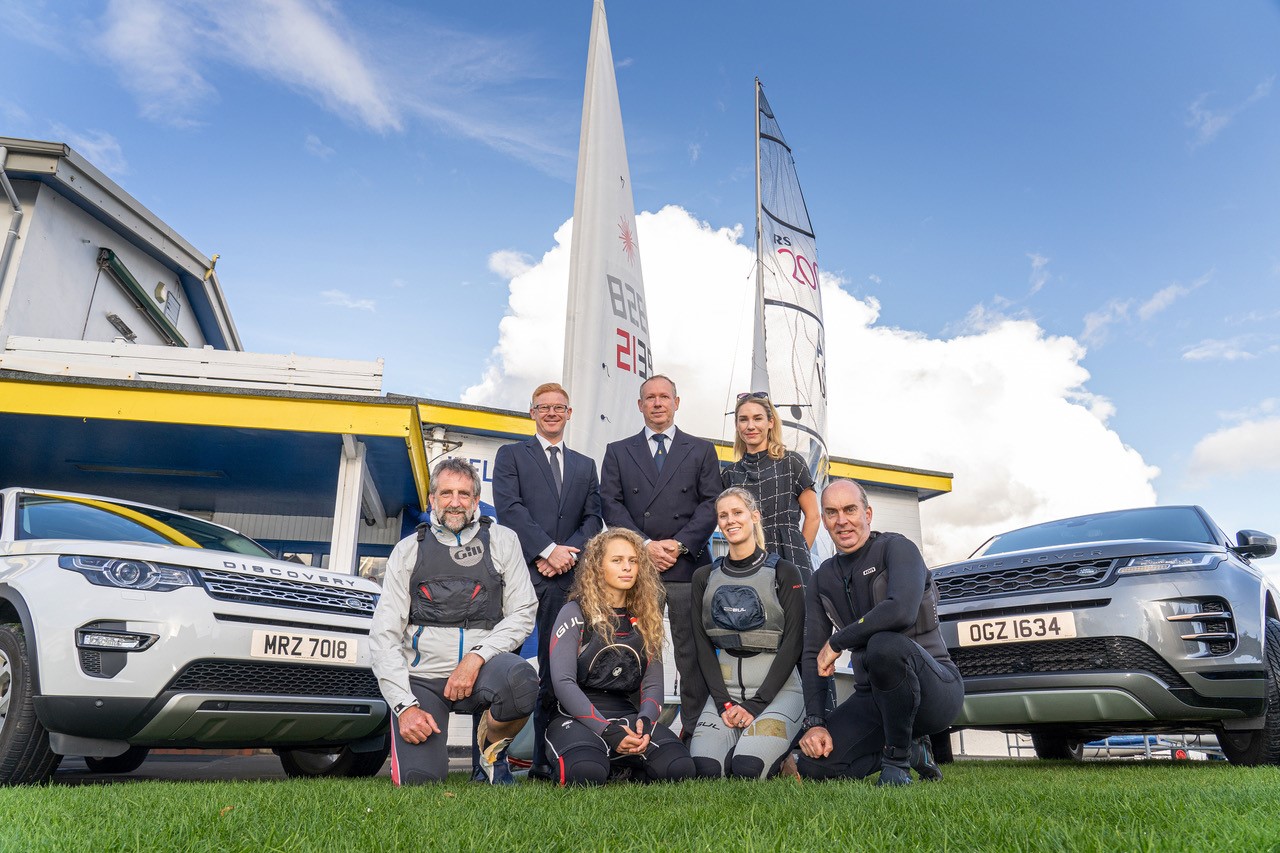 Around 100 competitors are expected to sail in the challenging series throughout the winter season, in fleets ranging from Toppers and Lasers to high performance boats such as the RS200 and multi-hulls.

The first race in the series took place on Sunday, October 6, and saw hardy sailors compete right through a fiercely contested 22 race schedule.

This is the first year Charles Hurst Jaguar Land Rover has sponsored the event, which was launched at Ballyholme on Friday, 27 September. The series is one of the events run by Ballyholme Yacht Club, which is marking its centenary year.

Charles Hurst is the largest and longest established dealer in Northern Ireland for the quality and performance Jaguar and Land Rover brands.

“We are delighted to be backing such a prestigious event, and to be working with an organisation with an outstanding track record of achievement,” said Alan Thompson, Head of Business at Charles Hurst Jaguar Land Rover.

“The Icebreaker is a tough and demanding competition that requires high levels of skill, stamina and ability; all of which is reflected in the wide range of vehicles created by Jaguar Land Rover.”

Welcoming Mr Thompson to Ballyholme Yacht Club, Commodore Aidan Pounder said: “The competitors who join us for this series come from a variety of clubs and we are thrilled to have the support of Charles Hurst Jaguar Land Rover to ensure that each race is a success, whatever the weather may throw at us.”

Part of the Lookers Group, Charles Hurst is the north’s largest motor retailer, representing 20 brands across seven sites including its 20-acre Belfast headquarters, the largest automotive park in Europe.