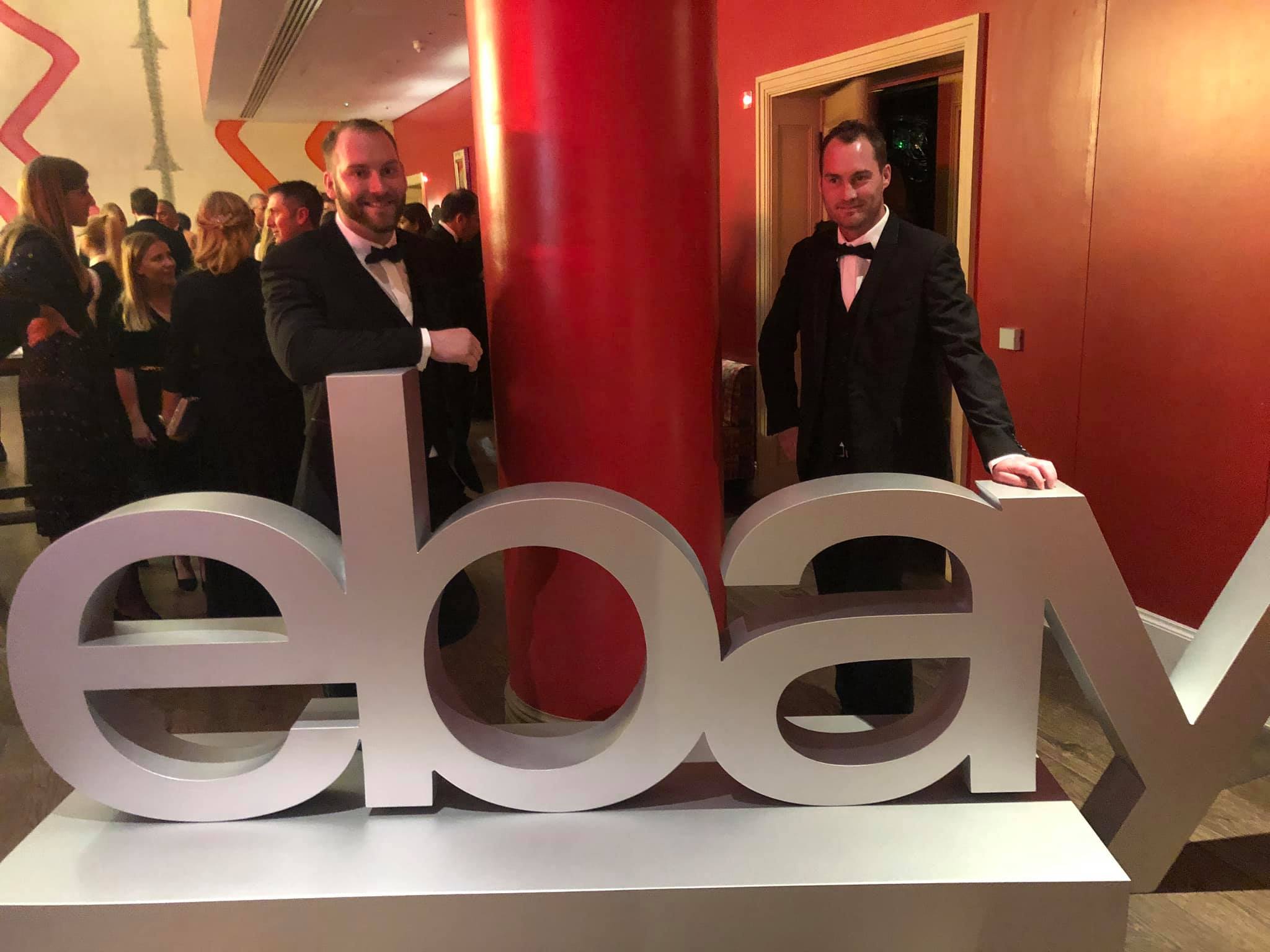 Designed to recognise and celebrate Britain’s best small and medium sized businesses, the eBay for Business Awards took place at the Ham Yard hotel in London last night and Genuine Parts UK (NI) was named as the top family business out of over 1400 applicants, receiving the prize from former Dragon’s Den dragon, Jenny Campbell.

In addition to the prestigious award, Christopher and Michael received an Anchor eBay store subscription free for one year with Concierge access, £1000 and will benefit from a package of invaluable business support from eBay’s small business team.

The business was established in 2017 following the return of Michael and Christopher from a two-year trip travelling across Australia, when the brothers took a risk and bought a small job lot of automotive parts on eBay. The vision was to provide genuine auto parts efficiently and in a hassle-free manner to customers.

“When Christopher and I returned from Australia, we had ambition and drive and really wanted to create our own business. As buyers, we had used eBay before, but selling on eBay was a whole new experience, and one which we found we loved.

“From the first job lot of automotive parts, there have been many challenges and learnings, but we’ve come a long away. We’re extremely proud to be named as eBay’s Family Business of the Year, and this award really is testament to hard work, commitment and long hours paying off,” explains Michael Cleary, Co-Director of Genuine Parts UK (NI) Ltd.

From this first leap of faith in 2017, Michael and Christopher Cleary have built a business that has evolved from packing orders on their mum’s kitchen table to an 8,000 sq. ft. commercial premises in Crossgar.

Both brothers still have full time jobs, while growing Genuine Parts UK (NI) from their passion to build a business, to a company with a turnover surpassing £100,000 in just two years. The business has also just taken on its first part-time employee, the brothers’ sister, Ellen-Louise Cleary.

“Some months after we initially launched the business, we started to be contacted by car manufacturers with offers to buy their stock. This was the game-changer for us, and from that moment on, our company has grown significantly with our eBay orders being shipped internationally.”

Rob Hattrell, Vice President of eBay UK, commented: “Michael and Christopher are an excellent example of the UK’s entrepreneurial spirit. It’s truly inspiring to see the brothers making the most of opportunities with eBay, growing what has become a global business from their family’s kitchen table in Crossgar. It’s a pleasure to celebrate their success and we’re excited to see what the future holds for Genuine Parts.”