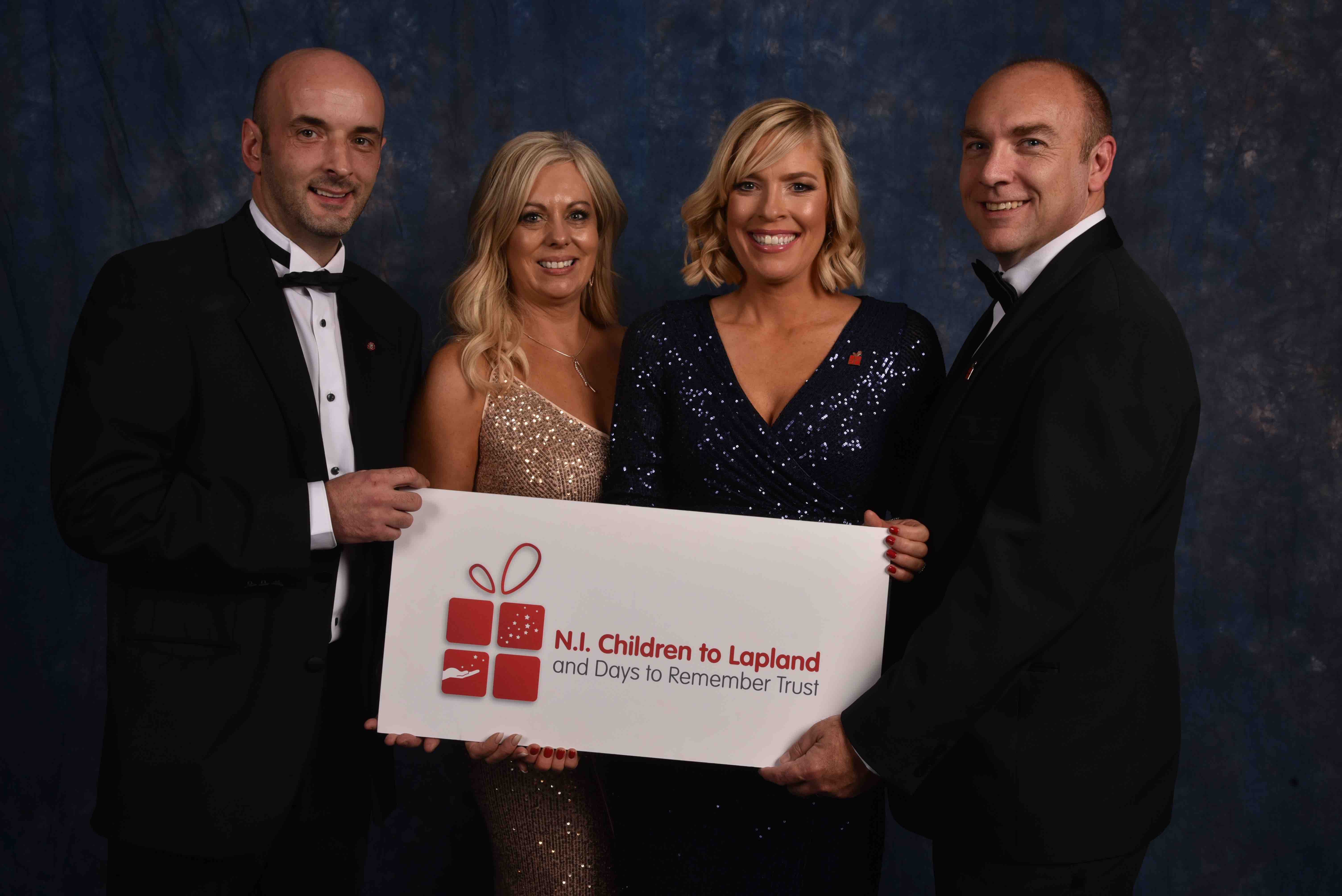 
The Northern Ireland Children to Lapland and Days to Remember Trust recently  launched a new Carrick fundraising committee to assist the charity in generating funds to help fulfil the dreams of terminally ill, life limited and deserving local children by taking them to see Santa at his home in Lapland, Finland and creating magical memories that their families can treasure forever.

“The Trust was a huge part of Jack Rodger’s life.  Indeed, some would say that his every waking hour was devoted to it. It is thanks to Jack’s drive, energy and commitment that to date over 1100 very special local children have enjoyed the trip of a lifetime to Lapland.  The beaming smiles on the faces of children who were bearing great challenges and the precious memories created for their families, will be his lasting legacy.

“The new Carrick committee is organising a series of fundraising initiatives over the coming months to help the charity fundraise for the next trip to Lapland, which is scheduled to take place on 17 December 2019.

“Over 100 children, who are nominated by health workers based throughout all of the paediatric departments and hospitals in Northern Ireland, will make the journey.  They will be accompanied by doctors, nurses and allied health professionals who give up their own time to volunteer to ensure the children can experience a magical time of memories.”

In Northern Ireland, at any given time, there are approximately 1500 children suffering from a terminal illness or life limiting illness.  Discussing the charity’s ambition, John Rodgers, son of the charity’s Founder, the late Jack Rodgers MBE, says:

“Fundraising is vital to the work of the charity. To date over 1100 very special local children have enjoyed the trip of a lifetime to Lapland.  NI Children to Lapland Trust is the only charity in the world to charter a private plane for 220 to Lapland in Finland. It started with a 140-seater aircraft, increasing a number of years ago to a 220-seater, and the ambition is to increase that once again to a 320-seater for December 2020.”

John Rodgers adds: “A Walk to Scotland fundraiser is scheduled to take place on Sunday 17 November 2019.  Join Northern Ireland Children to Lapland and Days to Remember Trust supporters and charity President, Gerry Kelly, aboard the Stena Superfast ship as it sails from Belfast to Scotland.  Each walker is asked to raise a minimum of £100 sponsorship.  You will walk around a designated circuit aboard the Stena Superfast ship as it sails to Scotland. Enjoy a free lunch. On the return journey, relax and be entertained with a fabulous cabaret show starring the amazing magician Rodd Hogg and the incredible Fiddler Adam.”

The Carrick Cycle Club will also be taking part and cycling on stationary bikes for the duration of the sailing to and from Scotland.

Detailed information on Walk To Scotland is available on www.niclt.org or you can call 07710 731517.  A number of places are available for non-walkers. Children under 12 years are asked to raise £25 sponsorship to take part.

“The charity’s concept is simple … to give ‘terminally ill, life limited and deserving children’ the trip of a lifetime, to meet Santa Claus, at his home in Lapland, in the run up to Christmas.  For the past few years we have been able to take the children to Santa Park in Roveniemi, the official hometown of Santa Claus on the Arctic Circle in Lapland in Finland. It is an incredible underground facility which offers just about everything the kids could wish for as well as the space outside for all of the traditional ‘snow fun’ activities.

“The fantastic fun-packed day includes reindeer and husky dog rides; mini skidoo adventures; snow mobile safari; and magic sleigh rides which are all brought in exclusively to the resort for our children. Other highlights include Mrs Claus Gingerbread Bakery; Santa’s office; Ice Gallery; Crossing the Arctic Circle; Angry Birds activity area; elf school and workshop; elves’ post office; and a private meeting with Santa Claus in his grotto! It is truly a magical day.”

The Northern Ireland Children to Lapland and Days to Remember Trust does not receive any government or national funding. It is totally reliant on donations.

For further information on NICLT, or to make a donation to the charity, please visit www.niclt.org