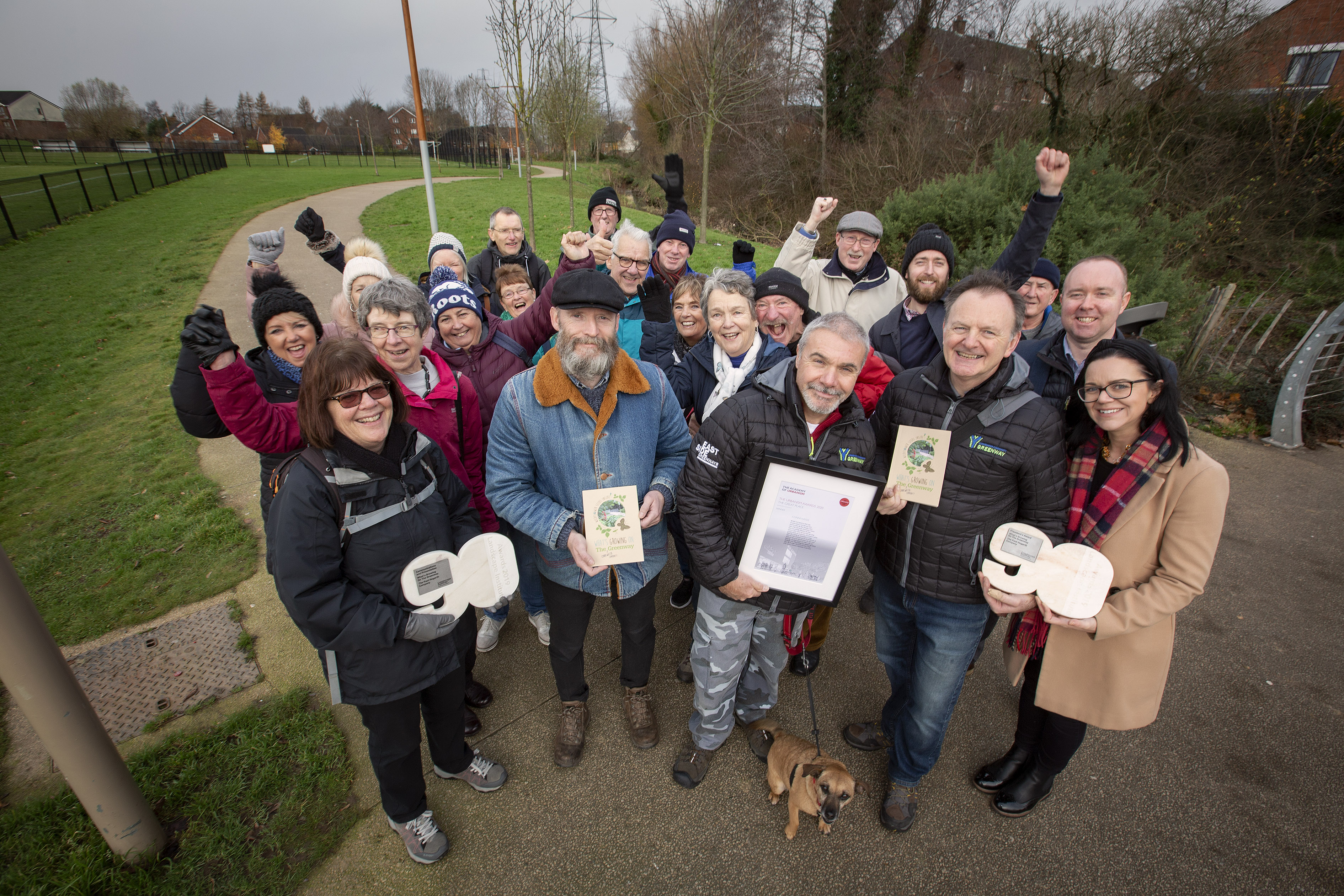 
Connswater Community Greenway has scooped three major awards at two high profile ceremonies held in London last week, reaffirming its status as a ‘Living Landmark.’  The awards from The Academy of Urbanism and the Landscape Institute recognised the tremendous work the project has achieved in connecting people, place and nature in a revitalised urban space as well encouraging civic pride and community engagement.

The Paul Hogarth Company, the landscape architects for the Connswater Community Greenway, received two awards from the Landscape Institute for their contribution to the ‘What’s Growing on the Greenway’ project. They scooped the Communications and Presentation Award along with the overall President’s Award, which was previously won by prestigious projects including the redevelopment of Olympic Park and Leicester Square. Sir David Attenborough was a special guest and set the tone for the evening regarding the fightback against climate change by stating’We need to help humans see, understand and love nature.’  It was recognised that ‘What’s Growing on the Greenway’ did exactly this by opening a dialogue between the local community and the new landscape via a blog and a book. The blog featured plant of the week which blossomed into content for a book with local people who produced photos and images capturing their favourite plant species supported by interesting facts, trivia and location.  Judges were also impressed by the Greenway’s ability to provide a positive focus for residents struggling with mental health.

Connswater Community Greenway also fought off strong competition to win the award for best place to live in the UK and Ireland from The Academy of Urbanism. The ‘Great Place’ award is one of five given out each year by The Academy. The theme of this year’s awards was inclusivity. The academy recognised Connswater Community Greenway as a model and exemplar of community integration and a high inclusivity project both in its delivery and legacy. They also acknowledged the Greenway for its positive regeneration outcomes in relation to health, volunteering and reducing anti-social behaviour.