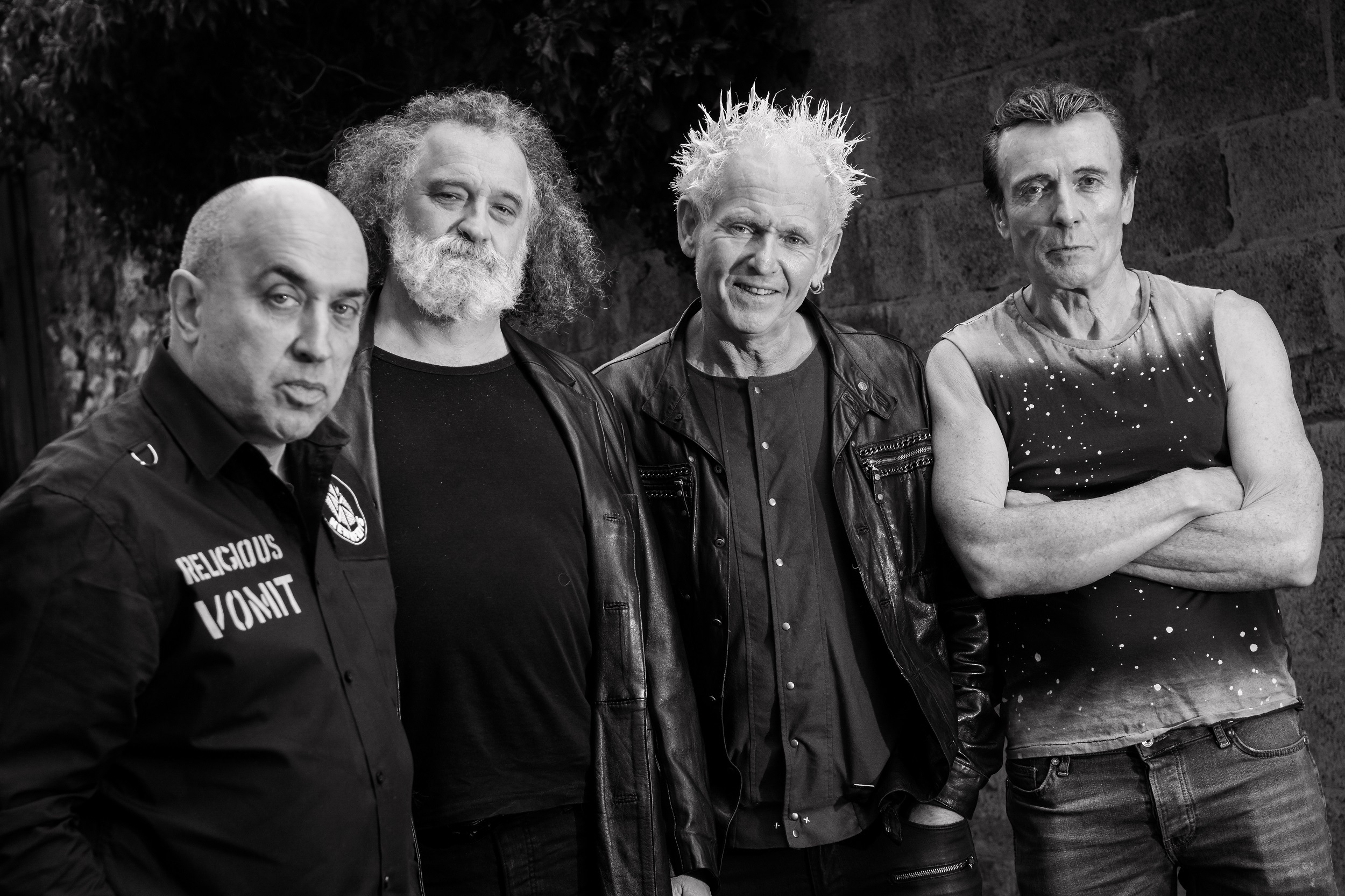 Punk’s Back in Belfast as The Outcasts Reveal New Release

Fresh from their 5-date run in Japan, The Outcasts are bursting back onto Belfast’s music scene with their first release in almost 40 years.

Belfast-born punk icons, The Outcasts, were formed in 1977, when three brothers and a friend came together to offer local music fans a “night off from the Troubles”. Their unique sound proved a hit and they were signed to Terri Hooley’s infamous Good Vibrations record label. Branded by local media as “the band you love to hate”, The Outcasts embraced their bad boy image and were central to the development of the youth punk scene in Belfast.

Forty years later, the punk rockers are back stronger  than ever and have recently signed with US Philadelphia-based record label, Violated Records. The new ‘Stay Young’ EP will be released in January 2020, and will be available as a 3-track Vinyl record as well as a 5-track CD with bonus songs.

The EP release marks the launch of The Outcasts’ US Tour in 2020. The band are set to take the States by storm with their East Coast tour from the 9th-24th April, finishing up in Canada with a closing set at the Montreal Oi! Festival on 25th April.

“When we formed The Outcasts we wanted to unite everyone with a love of punk and celebrate Belfast’s vibrant music scene. It’s a really big deal for the band that we have been signed by an American record label Violated Records, who have supported us in releasing our first material in almost 40 years. We are overwhelmed by the continued support of fans, both old and new, and can’t wait to celebrate in the only way we know how!’

The Outcasts will be marking their triumphant return to Belfast’s punk scene with their famed annual Christmas Party at the Black Box on Saturday 21st December. Promising to be a raucous affair, with a DJ set by Good Vibrations icon Terri Hooley, the Christmas party this year will have a unique French theme. Hand-picked by The Outcasts to open their show in style are The 1984, a young punk band and The Dead Ritans, a punk accordion band, both travelling from France to party with Belfast’s music-lovers. Tickets are priced at £10 and are available now from the Black Box (www.blackboxbelfast.com/event/the-outcasts) or Ticketmaster (www.ticketmaster.co.uk/the-outcasts-tickets).

‘Stay Young’ will be available to buy from January 2020 from record shops across the UK, as well as on The Outcasts Facebook page.