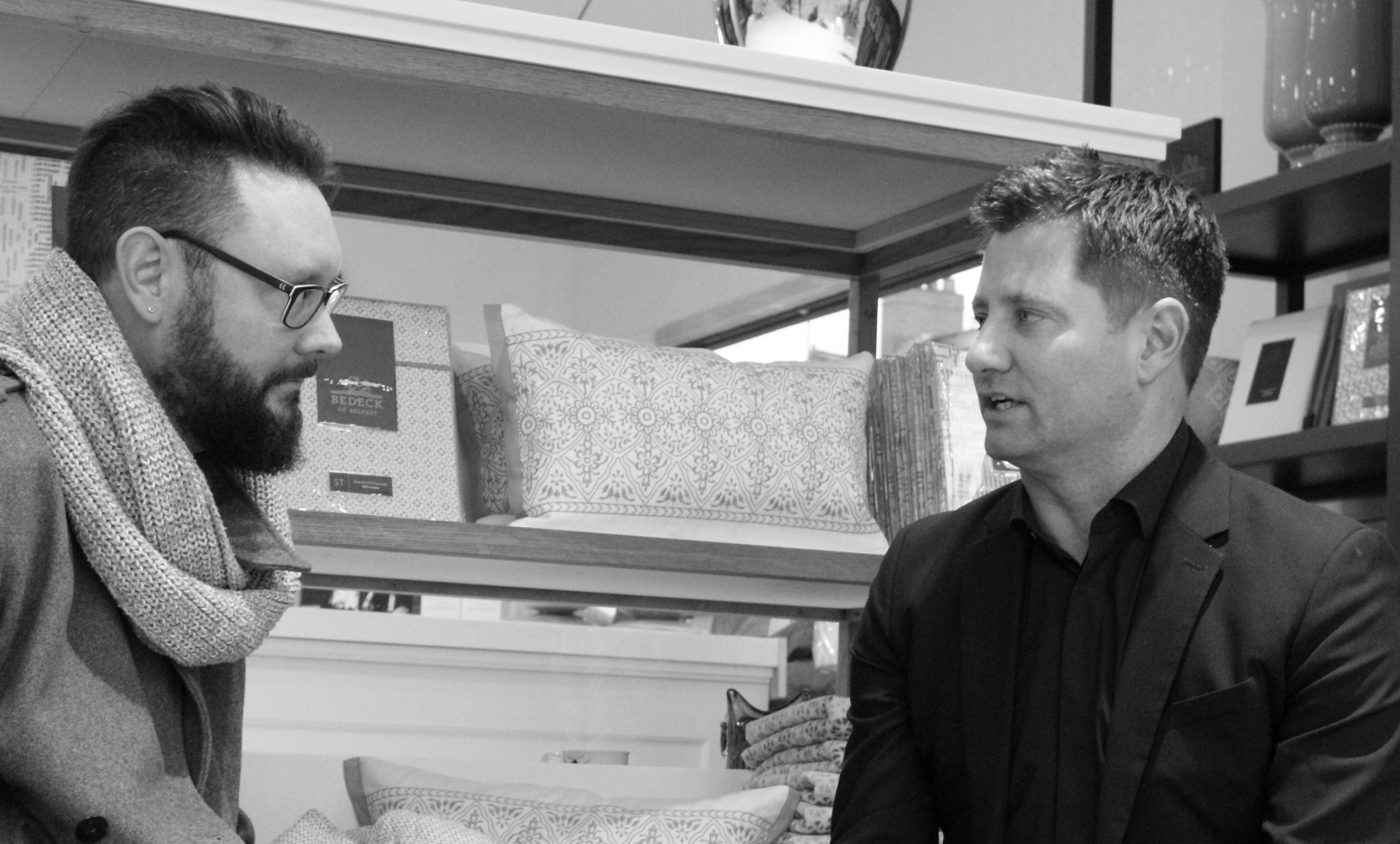 On a typical winter’s (rainy) day in Belfast, I had the pleasure of meeting George Clarke at the amazing space of the Bedeck showroom on the bustling Lisburn Road.

As we caught up over chilled glasses of Prosecco, George, who is best known for his work on Channel 4 programmes, The Home Show, The Restoration Man and George Clarke’s Amazing Spaces, told me his early influences stem from his grandfather in Sunderland. As a successful builder by trade, George’s grandfather’s career very much was the origin for his grandson’s love affair with buildings and architecture. At the tender age of 11, George was drawing his own plans with a sketch pad everyday. As his passion for the industry continued to bloom, George’s CDT teacher pointed him in the direction of David W Johnson, a well-known local architect who was looking for an apprentice to join his practice. George secured the role, and his time spent with the firm very much laid the foundations for his illustrious future career.

Once he completed school, George went to study at Newcastle University under the tutelage of Harry Charrington. Here, his passion for architecture and design flourished. Harry, now the head of architecture at the University of Westminster, helped George to hone his craft, and the pair remain friends to this day.

TV work was not initially on George’s radar. Although he had turned down TV work in the past, the opportunity to create a programme influenced by a book that he had penned during university, eventually convinced George to audition for an up-and-coming TV production. After taking part in a screen test on the Thursday, by the Monday he was told he had won the presenting role. In 2005 George officially became the face of Channel 5’s Build a New Life in the Country. He fronted the TV show for three years, during which he discovered his love for TV. A new career was forged; George moved to Channel 4 in 2008, and as they say, the rest is history.

To read the rest of the interview, check out the winter edition of Ulster Tatler Interiors, out now.