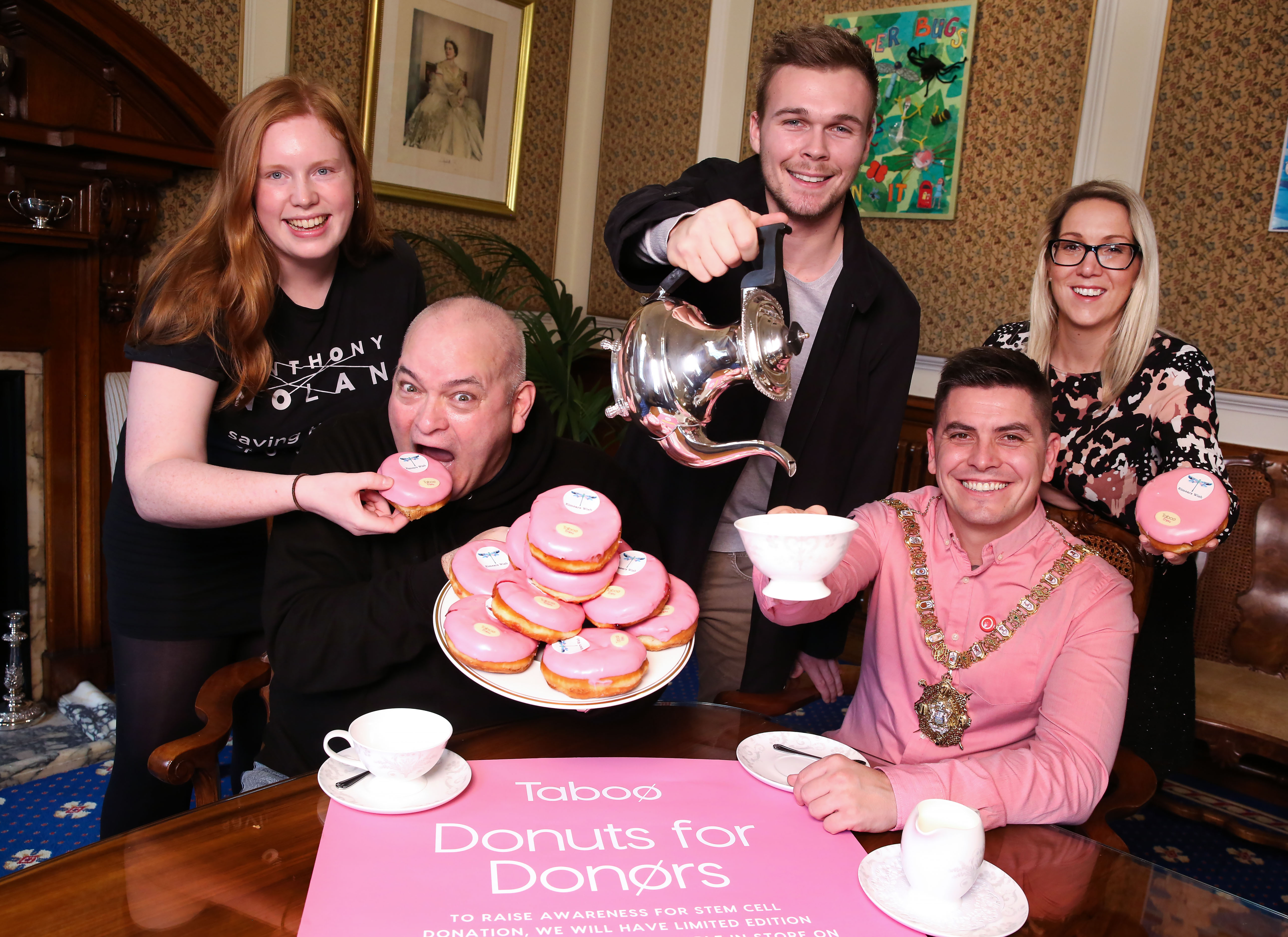 Councillor Baker is encouraging everyone to get the kettle on and pick up a donut on Friday 31 January to help raise much needed funds and awareness of stem cell donation.

The Eimear’s Wish campaign was established in 2019 following the death of 25-year-old Eimear Gooderham. Eimear was diagnosed with Hodgkin Lymphoma, a type of blood cancer, in September 2016.  After a lengthy search for a suitable stem cell donor, she received a transplant in November 2018 but sadly died shortly afterwards following complications.

Eimear believed passionately in the importance of raising awareness of stem cell donation and to honour her legacy her family established the Eimear’s Wish campaign to continue her great work.

Tucking into a donut at City Hall, the Lord Mayor of Belfast said: “This is a very important initiative which is helping to shine a spotlight on the important topic of stem cell donation and organ donation generally.

“On Friday 31 January I will be hosting a special coffee morning in the Parlour for people and families affected by stem cell transplants and I’m calling on everyone across the city to follow suit and get involved for this great cause.”

Event organiser and Eimear’s dad, Seán Smyth, is hoping that the Northern Ireland public will get behind their fundraising efforts, helping to raise much needed funds for local cancer charities and to encourage discussion around stem cell and organ donation.

Mr Smyth said: “Eimear was an amazing woman. She never moaned, never complained, and had the ability to turn something negative into a positive, being brave enough to stand up and make people aware of the Anthony Nolan stem cell register that helped with Eimear’s stem cell search.

“Once Eimear found her match, she continued to raise awareness because she wanted to make sure there was a match for everyone else who needed one.”

The profits raised through sales will be divided between three charities of Eimear’s choice: blood cancer charity Anthony Nolan, Action Cancer, and Friends of the Cancer Centre.

Belfast City Hall will also be illuminated pink on Friday 31 January in support of the Eimear’s Wish campaign and to mark Stem Cell Donation Awareness.