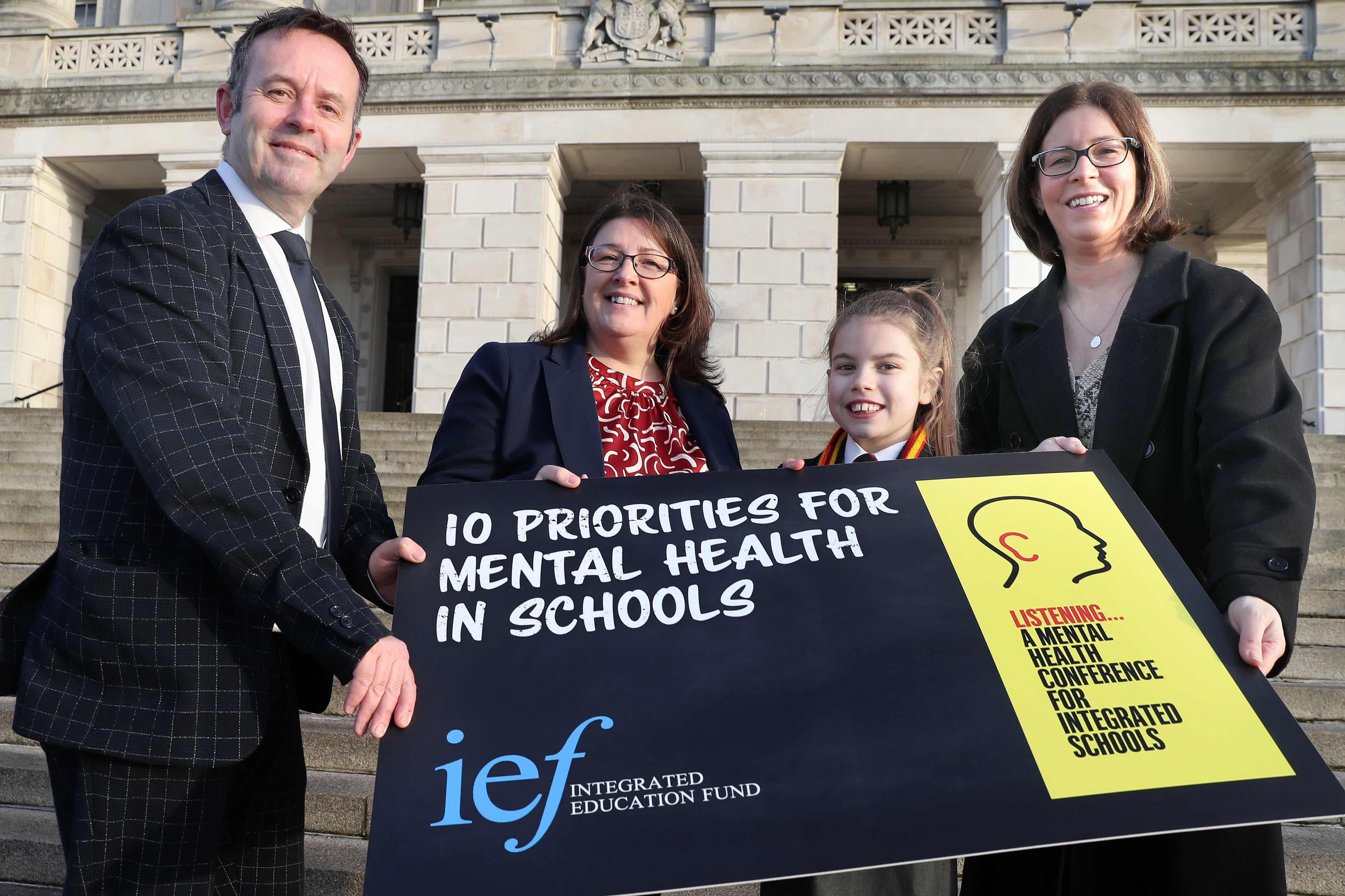 
Results from a consultation event with 154 participants from primary and secondary schools were unveiled at an event in the Long Gallery at Parliament Buildings recently (20 January 2020) by the Integrated Education Fund (IEF).

The event, which was funded through The National Lottery Community Fund, also served as a launch pad for Ten Priorities (which aim to provide a support-based approach to mental health issues by focusing on training for education providers, access to health experts, delivery of mental health and emotional wellbeing through the curriculum, identifying young mental health ambassadors and establishing Gender Sexuality Alliance groups in the post primary setting, as well as creating programmes that connect with parents, among other things) to be implemented to ensure mental health issues are identified and addressed appropriately in the school environment.

It was attended by integrated schools and a wide range of local political representatives who learnt of the findings of the ‘Listening … A Mental Health Conference Report’, which took place on World Mental Health Day in October 2019.

The conference revealed that 79% of young people are too embarrassed or afraid to get support for their emotional well-being or mental health.

It also highlighted that among some of the biggest issues impacting on young people’s mental health were school-related events including the Transfer Test, homework and other exams.

The findings were the conclusion of the day-long conference held at Drumlins Integrated Primary School in Ballynahinch. It was made possible by a collaboration of organisations including the IEF, Association of Principals & Teachers in Integrated Schools (APTIS) and Northern Ireland Council for Integrated Education (NICIE) while a support grant of £10,000 was donated by the National Lottery Community Fund.

The 154 participants came from 24 integrated schools from around Northern Ireland, making it the largest participative schools mental health conference in Ireland last year.

When asked the question ‘What are kid’s worries that cause tricky feelings to get stuck inside?’ a sample group of P6/7 children at the event identified the transfer test as by far their greatest stressor with school and homework also prioritised.

Social media, self-image and bullying emerged strongly as contributory factors according to post-primary students as well as complex factors related to home life.

Meanwhile three out of four post-primary student groups stressed how self-harm and suicide could be the unfortunate outcome of mental health deterioration if left unchecked.  Alarmingly, one leader shared how evidence of self-harm was starting to become apparent amongst primary age children.

When asked who they would go to first if they felt in need of support with difficult emotions only 1% specified that they would currently approach a teacher or tutor with over 80% saying schools should help children to know and name their key support people in school.

Grace Doherty, a Primary 7 student at Drumlins Integrated Primary School, Ballynahinch, who participated in the Conference in October, commented:

“The conference made me realise how important our mental health actually is and how you need to talk to your friends and family when you are feeling down. It also made me understand how big a problem mental health is for young people in Northern Ireland and how there is not enough help for them.  As a member of the Students Council in Drumlins IPS I know that even children in primary schools can suffer with their mental health too.”