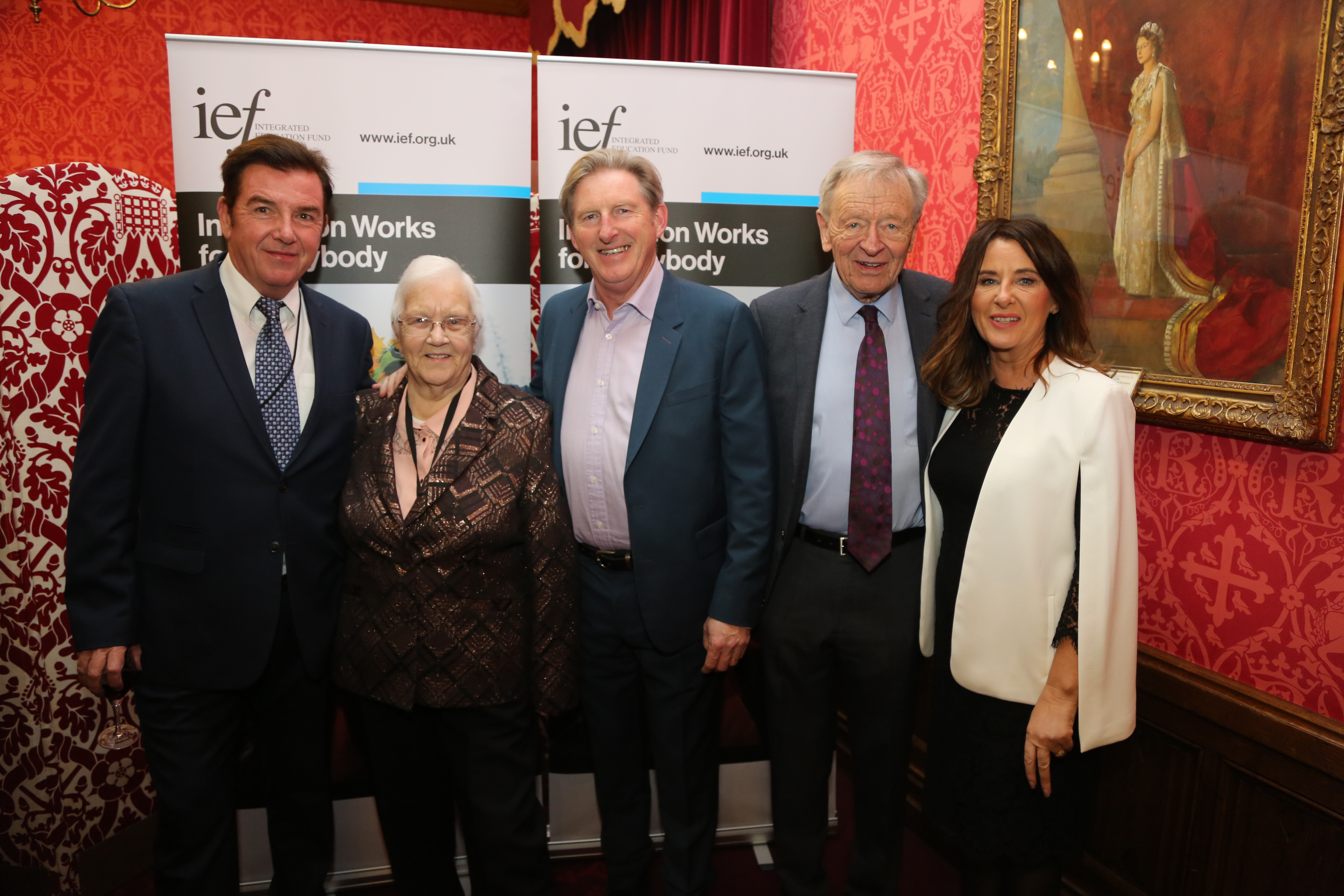 
More than 100 high-profile supporters of the Integrated Education Fund gathered for a special celebratory dinner at the House of Lords recently.  The event, hosted by Baroness May Blood and Lord Dubs, was sponsored by the successful entrepreneur and long standing supporter of integrated education Tony Carson, son of the legendary comedian Frank Carson.

Guests comprised key donors to the Integrated Education Fund including business leaders, entertainers and writers as well as politicians and past pupils of integrated schools.

Anne Anderson, principal of the oversubscribed New-Bridge Integrated College in Loughbrickland, was guest speaker and thanked the IEF and its supporters for contributing to the success of her school.  New-Bridge was established by parents in 1995 in response to the demand for an integrated school from the local community and now has more than 600 pupils.

This function featured in the December 2019 edition of Ulster Tatler.