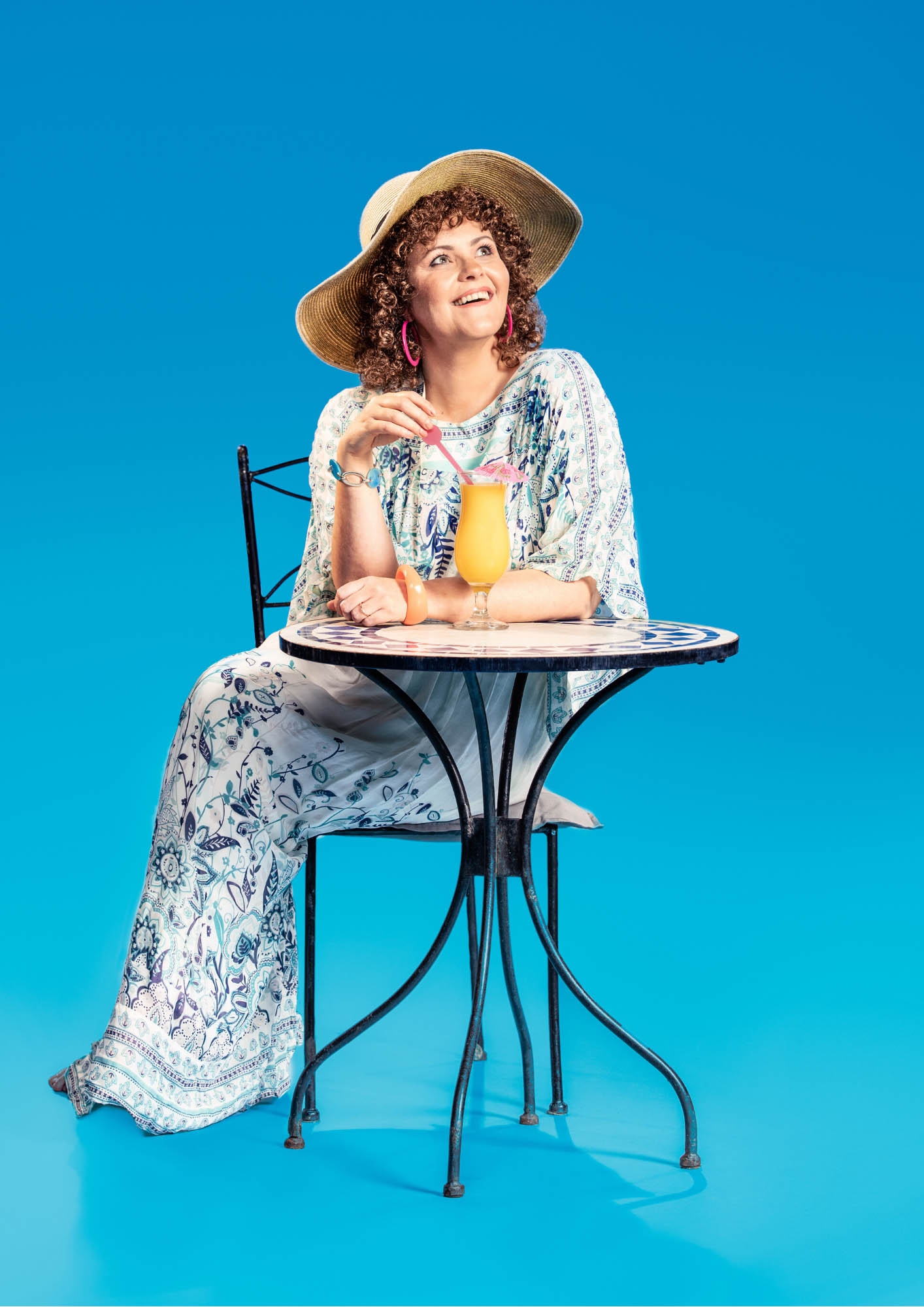 Shirley Valentine Returns by Popular Demand to the Lyric


Pack your bags, bring your passport and join Tara Lynne O’Neill as she returns to play the iconic Shirley Valentine at Lyric Theatre, Belfast, from 27 February – 15 March.  This fantastic comedy, written by Willy Russell, is directed by Patrick J O’Reilly.

Shirley is a housewife. Her kids have left home and she finds herself talking to the wall while she makes chips and eggs for her husband. What has happened to her life? Out of the blue, her best friend offers her a trip to Greece for 2 weeks and she secretly packs her bags. The note on the kitchen table reads “Gone to Greece back in two weeks.” She heads for the sun and on a voyage of discovery starts to see the world and herself in a very different light.

Willy Russell’s heart-warming comedy took the world by storm when it premiered in 1986. It was adapted into an Oscar-nominated film. Now, fresh from her appearance in the award-winning Derry Girls, Tara-Lynne O’Neill stars in a revival of this vibrant comedy.

Tara Lynne O’Neill found fame early in her career, first as a television presenter and later playing Joanne Ryan in BBC1’s EastEnders. Her most recent role as Ma Mary on the award-winning Channel 4 series Derry Girls has made her a household name. Other credits have included Full Circle (for which she won the Best Actress Award at the Cherbourg Film Festival), The Fall, Line of Duty, Educating Rita and Marie Jones’ Fly Me to the Moon. As a writer, Tara Lynne has recently had her play Rough Girls commissioned by the Lyric Theatre, Belfast.

Executive Producer of the Lyric, Jimmy Fay, said: “We are delighted to be bringing back this massively successful production of Shirley Valentine to the Lyric stage beautifully directed by Patrick J O’Reilly with superb design by Paul Keogan and featuring an extraordinary and heart-warming performance by the wonderful Tara Lynne O’Neill.”

“I have always wanted to play Shirley Valentine. Shirley is every woman who wants a little more in life but is too afraid to take it. I think we can all identify with that.”

This production of Shirley Valentine is supported by Arts Council of Northern Ireland and National Lottery funding.