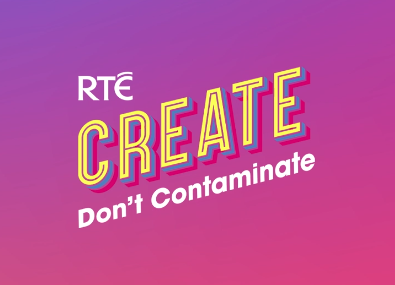 
To assist in the prevention of the spread of Covid-19 in Ireland, last week RTÉ, in partnership with THINKHOUSE, launched #CreateDontContaminate – a social media campaign targeting young people. Just 10 days in, the campaign has reached a massive 25 million social media users on Tik Tok, Instagram, Twitter and Facebook. It has also been shared on RTE channels, including a major push by RTE2FM, driving it’s reach further and wider.

The creative social media campaign aims to address the importance of physical distancing amongst Ireland’s youth by engaging and empowering Irish celebrities and influencers with daily creative challenges over a 14 day period, inspiring fans and followers to join in.

Nora Torpey, Head of Marketing and Communications, RTÉ, said: “10 days in and we’ve taken learnings from what works, and what could work better to ensure that we’re delivering maximum reach for this really important message, strengthening the campaign as we go. The celebrities and influencers have been so creative in how they undertake the challenge and it’s so encouraging to see the care, attention and creativity everyone is demonstrating in this user generated campaign.”

The agility of RTÉ and Thinkhouse shows the necessity for versatility and teamwork in the 21st century to create viral creative content. Having used WhatsApp, Zoom and Google Hangouts as the main platforms for ideation, creation and implementation between producers, creatives, marketers, and PR practitioners is a demonstration of today’s new fast, agile, collaborative working ways. Together, the two teams have delivered a campaign that will be remembered forever by those who got involved in these unprecedented times.

Jane McDaid, Founder of Thinkhouse said: “We continue to work intensively with the team at RTE to drive this really important message. We’re working at speed and we’re very grateful for the celebrities and influencer’s generosity of spirit, and creativity, at a time where Ireland’s young people really need to listen, and act. It’s an important message – shared in a creative way.”

In addition to the Create Don’t Contaminate message, and it’s commitment across all news productions, RTÉ continues to spread the message of physical distancing by launching new programming such as “Operation Transformation. Keeping well, apart” on RTÉ One (in April) to demonstrate how households can deal with the reality of isolation and how everyone can play a part in supporting the most vulnerable in our society.

Join the campaign by following @rte2fm to check what the daily challenge is and use the hashtag #CreateDontContaminate and tag RTÉ 2FM when posting entries.