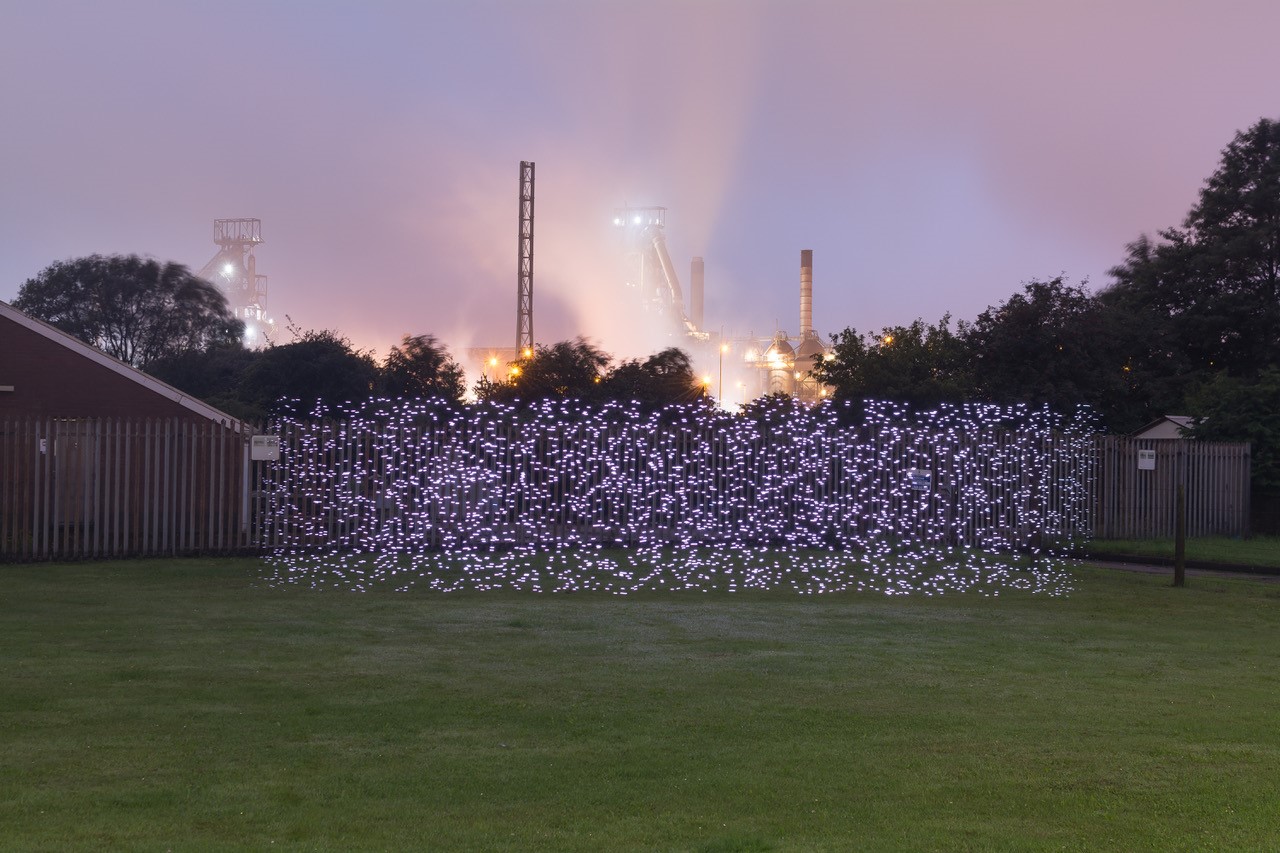 
The National Lottery is encouraging the public to learn how they can be greener following recent research that found 7 in 10 of us believe we aren’t doing enough to protect the environment.  To highlight this, the National Lottery and the Arts Council of Northern Ireland are showcasing the work of NI artist, Robin Price, this Earth Day, Thursday April 22nd as part of the week-long campaign.

Robin’s amazing photographic work shows us actual environmental pollution, Air of the Anthropocene. It is an on-going National Lottery supported documentary project using a custom built LED light painter that translates particulate pollution levels into the density of light dots in a long exposure photograph.  The effect is to illuminate the pollution, shedding light on the invisible particles around us in the air. Photography for the project has been taken in cities across the world including the UK, Ireland, India, Mexico and Africa.

The project has been used to raise awareness of growing pollution levels in East Africa and to help advocate for positive change to local legislators in Addis Ababa.  Air of the Anthropocene is currently being re-worked into a toolkit for schools to help effect positive change through image based campaigning.

Since 2011, The National Lottery has invested more than £2.2bn in green projects and initiatives across heritage, art, community and sport. Everything from community groups preserving natural habitats to art installations educating young people on climate change.

Artist and creator of Air of the Anthropocene, Robin Price, commented, “Various measurements of air pollution improved in a lot of cities worldwide under the COVID-19 lockdowns. While as a lifestyle lockdown is clearly unsustainable what it demonstrated was that co-ordinated efforts by governments really can achieve positive change. We should keep that in mind as we slowly start to come back out into the world.”

Suzanne Lyle, Head of Visual Arts, Arts Council of Northern Ireland, added,  “The Arts Council of Northern Ireland is hugely proud to support this tremendous photographic project from artist Robin Price through The National Lottery.  The project not only raises awareness of the growing pollution problem in the world but it also creates open discussion for potential government backed interventions.  We are also delighted to see that the project is being reworked into a toolkit for young people in schools, a terrific legacy!

“The National Lottery has given a staggering amount of funding to help communities at a local and regional level tackle climate change and it’s thanks to National Lottery players – who raise £30 million a week for good causes – that this work can happen.  If we do want to make the future a greener – and greater – place for future generations, we do really need to start changing our behaviour today.”

To learn more about what type of promise you can make, comedian and podcast star Rosie Ramsay met with some of the projects and organisations that have received National Lottery funding towards green initiatives over the last 10 years. The series of films can be viewed at @lottogoodcauses on Instagram and Twitter.