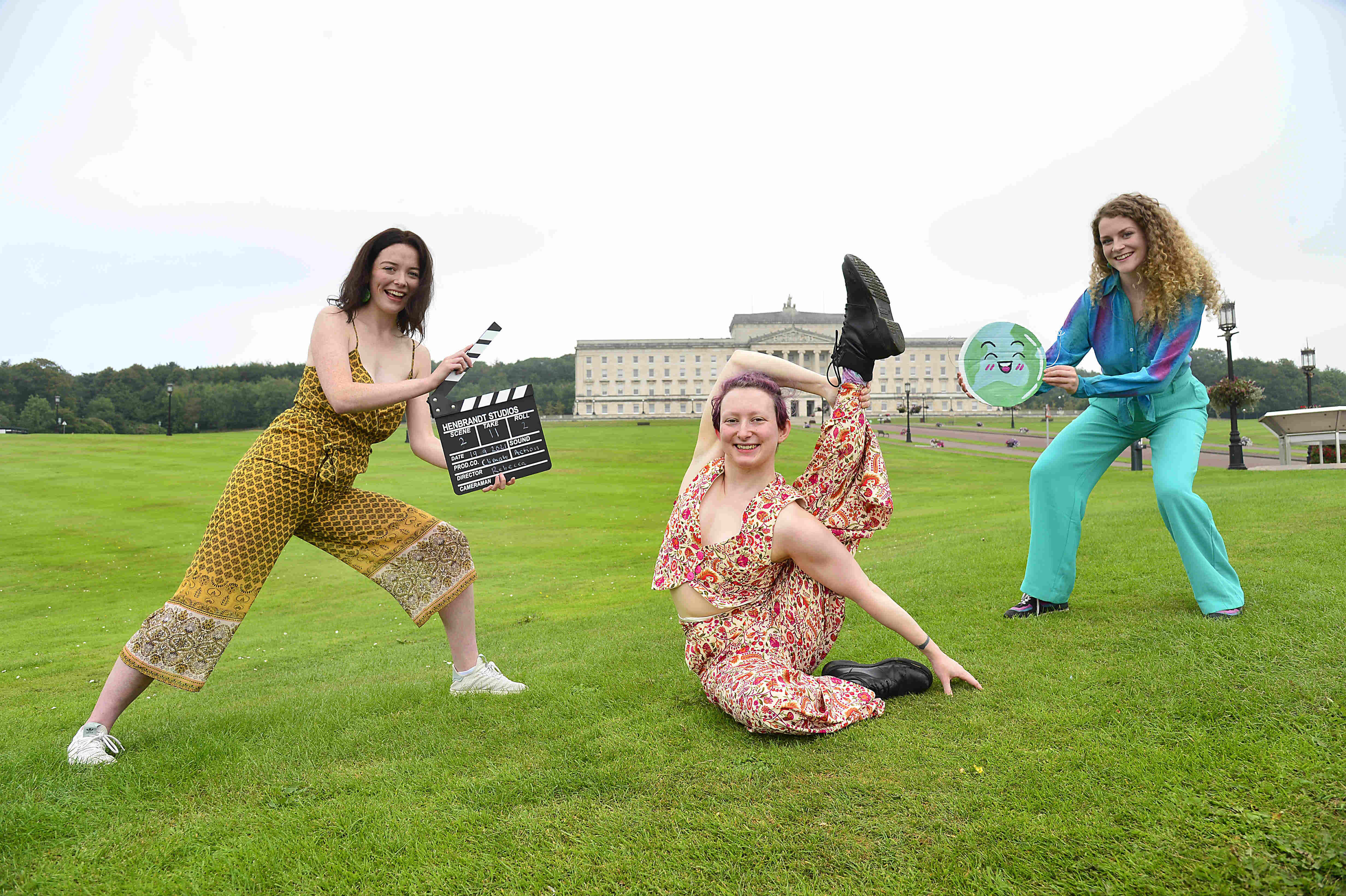 
Three Northern Ireland women are on a mission to raise awareness about the climate crisis.

Jacinta Hamley, Rebecca-Jane McMonagle and Jemma McClelland have each developed activism projects ahead of COP26 (the UN Climate Change Conference) in November, having taken part in all-island social action training through the British Council and Co-operation Ireland.

Through the British Council’s Active Citizens programme, the trio participated in a number of workshops with trained facilitators where they developed their confidence, networking and project management skills to develop their own social action projects – leading to the formation of a climate festival, film project and cabaret show.

Jacinta (24), who grew up near Crossgar in Co Down, has organised Climate Craic, Northern Ireland’s first-ever climate festival, which takes place this Sunday, September 19. Held in the grounds of the Stormont Estate, the event, which is open to all ages, will feature an array of activities including live entertainment, eco-friendly workshops, guest speakers and displays from local artists – all in the name of helping more people learn about and celebrate climate activism. Jacinta is no stranger to climate action having sailed the Atlantic to attend COP25 in 2019 and hopes to make Climate Craic an annual event.

Filming all the action at Stormont will be Rebecca-Jane and her Climate Action on Film project team – who are out to capture creative climate action across Ireland for a documentary project.The 25-year-old, who is originally from Derry/Londonderry, aims to create a 40-minute film project, ready to be showcased by summer 2022.

The Climate Craic festival is free to attend – find out more: https://climatecraic.com/.

To book tickets for the Climate Cabaret, visit https://www.eventbrite.co.uk/e/climate-cabaret-tickets-162294614561. Tickets are priced on a donated basis.