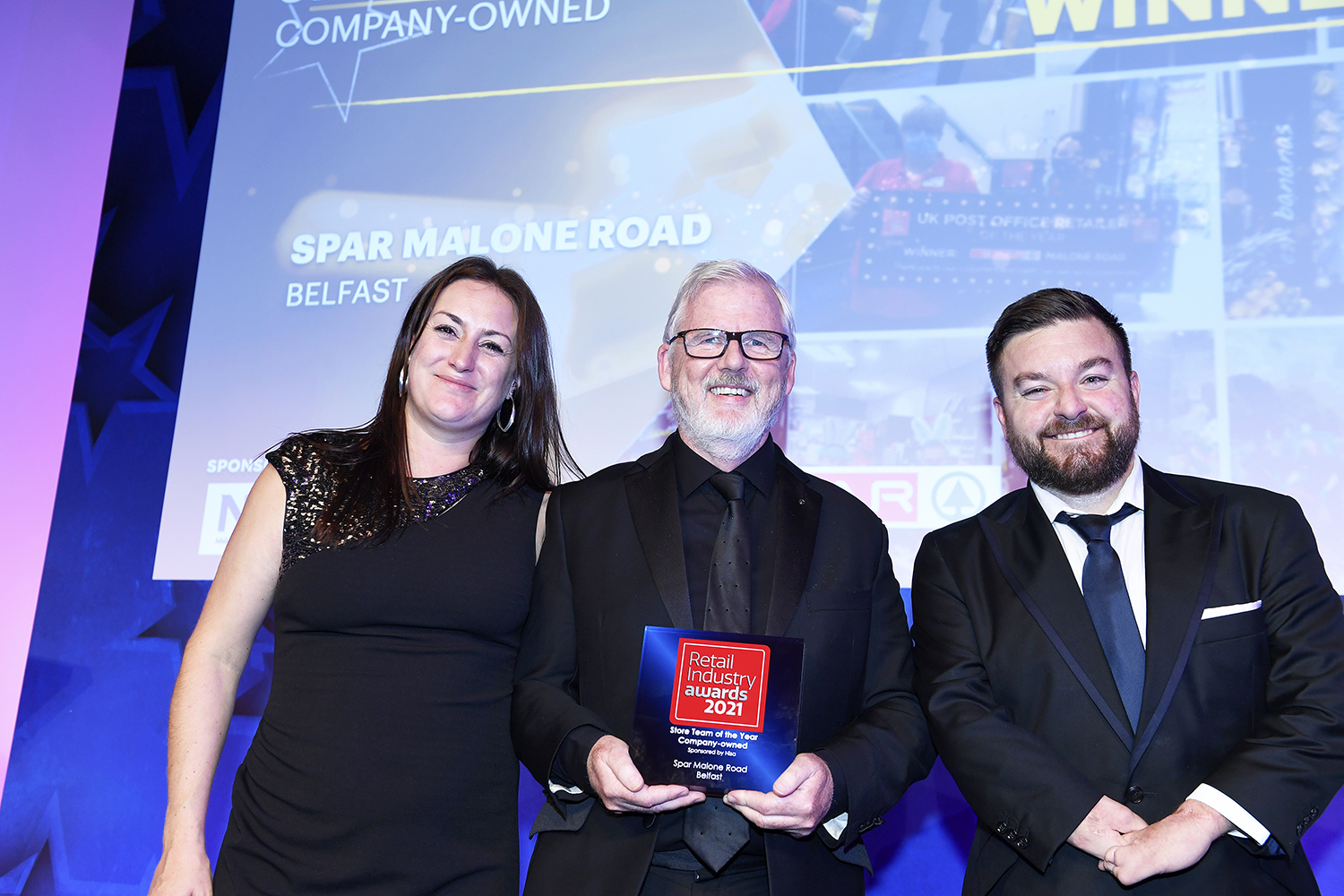 
SPAR Malone Road has brought home a handful of awards from three prestigious UK-wide awards ceremonies in the past month.

Sam McCann also picked up the Highly Commended accolade for Store Manager of the Year at the Retail Industry Awards.

Judges across the Awards schemes were impressed with the store’s recent upgrade to suit both the modern student and working professionals, after introducing more than 600 new lines as part of a refit and range review.

Judges were also impressed by sales figures and exceptional work which helped them lift the title of Forecourt Retailer of the Year. The busy forecourt also upgraded its food-to-go services, complemented by the addition of two Barista Bar coffee machines and a bakery treats stand. They commented; “SPAR Malone’s approach to loyalty, community and environment is outstanding”.

And it was the team’s community spirit which saw them take home the Store Team of the Year and Best Customer Services awards. The 32-strong staff were described by judges as fully engaged, providing services well beyond the call of duty to their local community. They were described as “a thoroughly professional and community focused store team being supported in the right way to succeed”.

Mark McCammond, Retail Director at Henderson Group which owns the store said; “It’s been a fantastic run of recent wins for the very dedicated and motivated team at SPAR Malone Road. These are the top national award ceremonies in the sector, and the team has set the standard at each one for being the driving force for improvements to facilitate just what the shopper demands at the store. The investment in products and services gives local shoppers even more choice and value, while the Post Office, dailyDeli and additional services make it an incredibly convenient forecourt for the area.

“I’d like to send huge congratulations to all the staff, including the man at the helm, Sam McCann, for gaining the recognition they deserve at a national level.”

In the past month, SPAR, EUROSPAR and ViVO branded stores in Northern Ireland have won 14 awards at national award ceremonies in London, including EUROSPAR Victoria Road, Belfast; SPAR Fortfield in Carrickfergus and EUROSPAR Hardford Link in Newtownards.