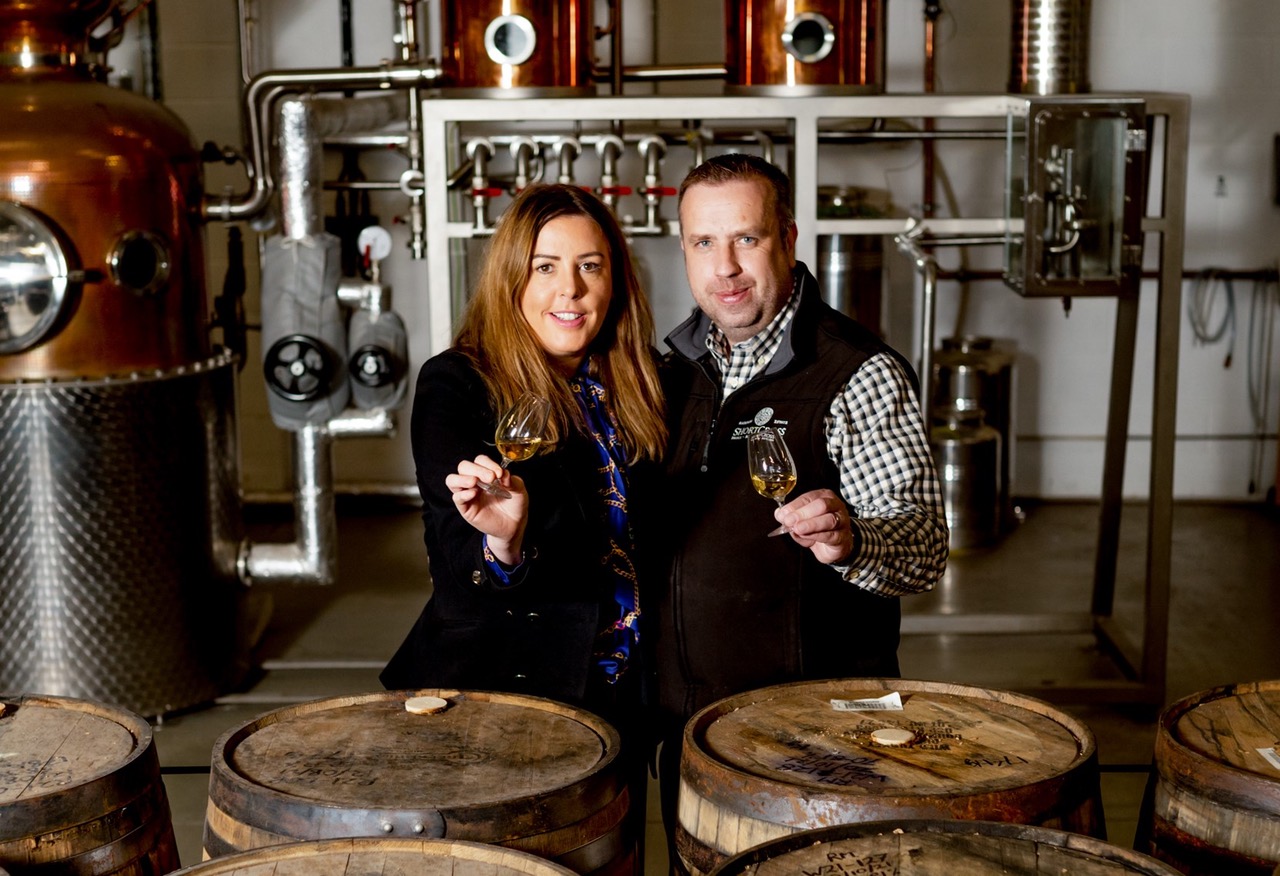 As the first new whiskey to be released from a Northern Ireland distillery in over 100 years, being awarded as the best Irish whiskey is an incredible achievement for the Co. Down based distillery, who until now, has been best-known as the home of Shortcross Gin.

With the first two casks of Shortcross Single Malt due to be opened in the coming weeks, just 700 bottles from the first-ever release of Shortcross Whiskey are available to reserve at the Rademon Estate Distillery website.

Well-regarded for being Northern Ireland’s original small-batch craft gin producers, David and Fiona Boyd-Armstrong, the Founders of Shortcross Gin, announced plans back in 2015 to expand into whiskey production. Following an investment of £1.5 at the Rademon Estate Distillery in Crossgar, the new single malt whiskey has been entirely produced onsite at Rademon.

Commenting on the company’s win at the Irish Whiskey Awards, Head Distiller and Co-Founder of Rademon Estate Distillery, David Boyd-Armstrong says: “We have been working on bringing the first new release of whiskey from a Northern Ireland distillery in over 100 years since we casked our first barrels almost seven years ago, and to be awarded this top accolade by our peers, just before our first release goes on sale, is fitting timing.

“Fiona and I have invested so much time, effort and funds into the creation of our whiskey distillery and to see our first bottles go on sale in a matter of weeks is just incredible.”

Co-Founder and Managing Director, Fiona Boyd-Armstrong, managing director, adds: “This has been a long time coming, and we are delighted that our fantastic Irish malt whiskey has already been acknowledged by industry, in what we hope is the first of many awards for Shortcross Whiskey.”

“Our early December release is the first in a series of exciting plans that we have for Shortcross Whiskey. We have a packed cask room, full of barrels of whiskey, and throughout our journey, we have used a variety of casks, enabling us to release new and innovative flavours in 2022 and beyond.”

To be amongst the first to reserve a bottle of the inaugural release of Shortcross Whiskey, see https://rademonestatedistilleryshop.com/