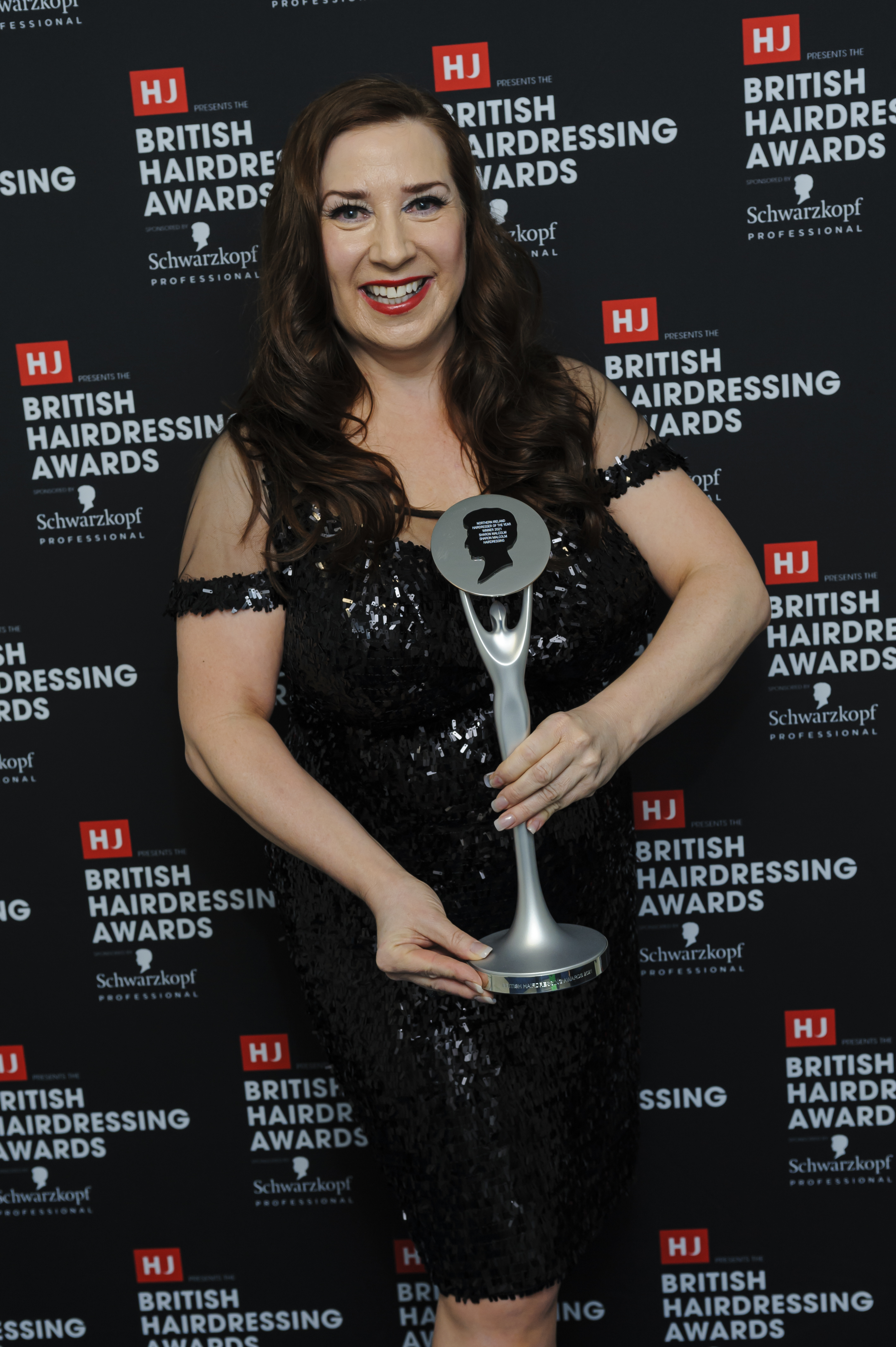 Sharon also took home one of the top awards on the evening for ‘Trend Image of the Year’ – the second consecutive year that Sharon has won this accolade.

Hosted by TV and radio personality, Rylan Clark, and Executive Director of Hairdressers Journal International, Jayne Lewis-Orr, Sharon was presented with her award at the black-tie event, where she celebrated the win with members of the team from Sharon Malcolm Hairdressing.

Christmas opening hours at Sharon Malcolm Hairdressing commence on Monday 13th December with the salon opening from 9am – 6pm on Mondays and  from 9am – 9pm Tuesday – Fridays, and 9am – 5pm on Saturdays until 23rd December. The Salon has a selection of hair products and styling tools for Christmas gifts and offers gift cards. Please telephone the salon to arrange gifting requirements.