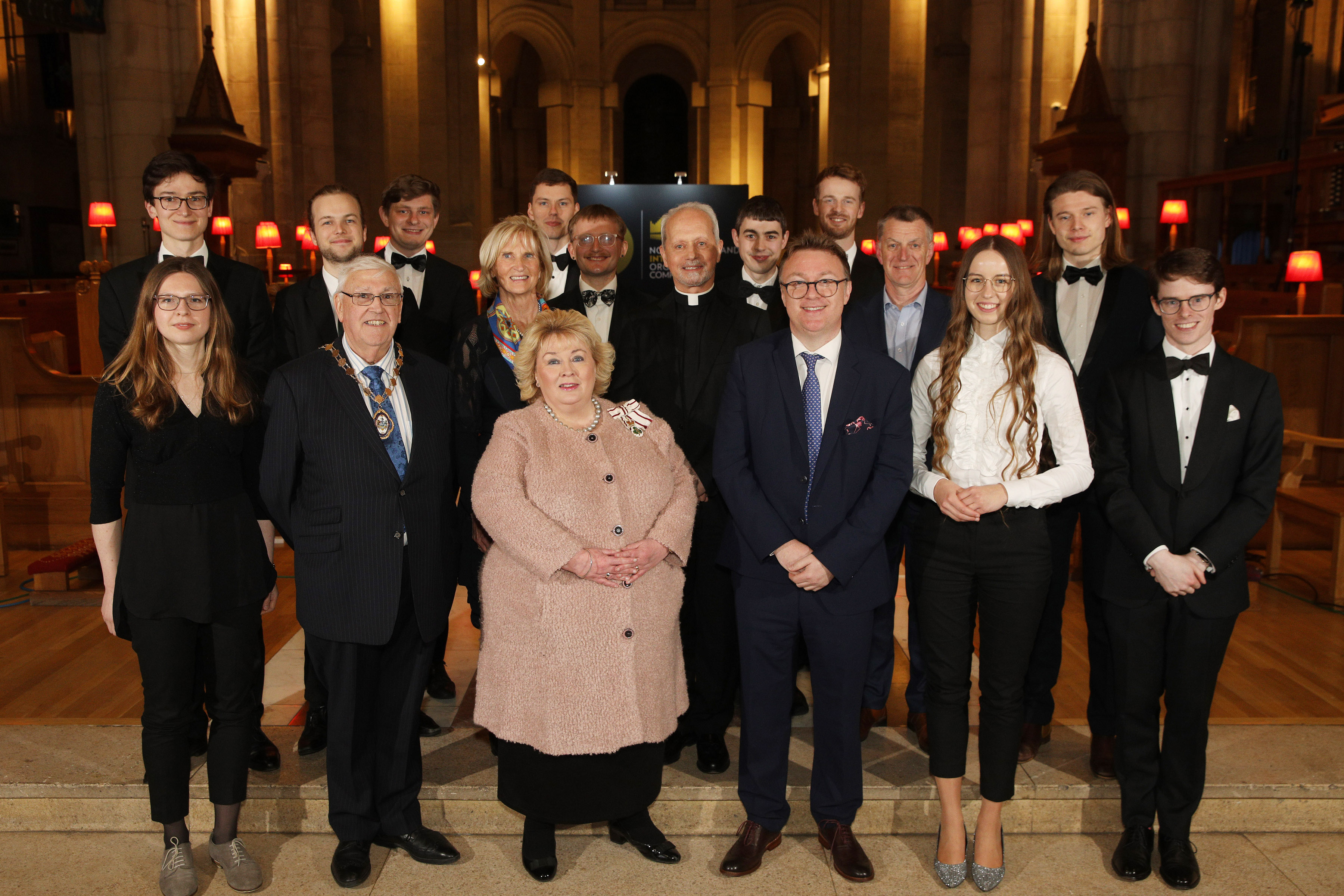 
Belfast Cathedral’s organ rang out to celebrate the Northern Ireland International Organ Competition’s (NIIOC) tenth birthday, with a gala recital from ten of its international winners.

The Belfast Cathedral gala concert, which was introduced by Fr Eugene O’Hagan of the singing group, The Priests, followed a series of seven simultaneous concerts held across NI on as part of “Northern Ireland Resounds”.

Richard Gowers, senior prize-winner in 2013, performed the NI premiere of a work by Grace-Evangeline Mason, specially composed for NIIOC and the Commission for Victims and Survivors for Northern Ireland, which is dedicated to all those touched by the Northern Ireland Troubles.

“The NIIOC stemmed from the demand of local organists who wanted to encourage, challenge and recognise the talents of young performers in a competitive environment,” explained Richard Yarr, Founder and Chair of NIIOC.

Richard continued, “The competition then quickly established itself as one of the leading platforms internationally for committed young organists and rising talent.

“We’re thrilled to be celebrating our tenth anniversary with this very special concert featuring ten young organists who are such great ambassadors for what we call ‘the king of instruments’ – and for our competition. Here’s to the next ten years!”