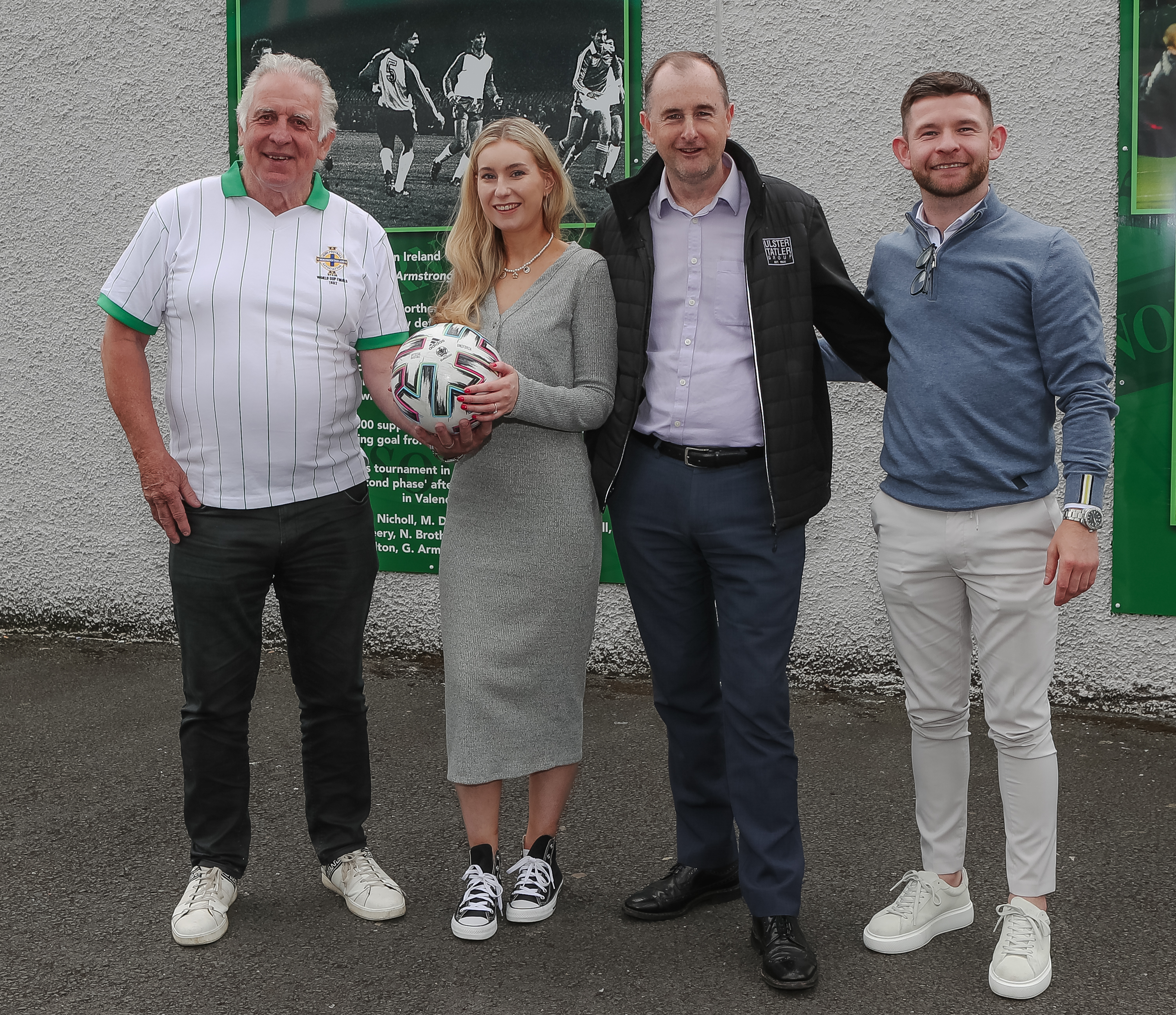 
Next Saturday, 25 June marks the 40th anniversary of Northern Ireland’s World Cup victory over the host nation Spain, which earned the team a place in the quarter finals.

Gerry Armstrong, who scored that iconic winning goal in Valencia, is organising ‘The Spirit of 82’ event in The Europa Hotel – a once in a lifetime reunion of the team of 82 and a chance for fans to celebrate with them. This event is sponsored by Northern Ireland’s most trusted merchant service provider, SmartPayNI.

Gerry is excited about the forthcoming event.  He says;

“The Spirt of 82 is going to be a momentus evening and a chance for most of the team mates to get together, reminisce that historic win, share memories and celebrate with fans over dinner. For one night only I will be reunited with the following team-mates: Martin O’Neill, Pat Jennings, Jimmy Nichol, David McCreary, John McClelland, Mal Donaghy, Billy Hamilton, Jim Cleary, George Dunlop, Felix Healey, John O’Neill, Johnny Jameson and Sammy Nelson. It’s going to be pretty emotional having us all together again.

BBC’s Stephen Watson will be the host with the most and we will also toast the late, great Billy Bingham and raise money for Dementia NI in his honour.”

Mark McLaughlin, director of SmartPayNI is delighted to be the event’s key sponsor.  He says;

“SmartPayNI is a local, family run business and we are proud to sponsor such a prestigious, historic event with undoubtedly the strongest NI World Cup team to date. The event coincides with the launch of The Spirit of 82 Whiskey and we will be working very closely with Gerry to bring this new, exciting brand to market. It’s SmartPayNI’s 5th anniversary too, so no better way to celebrate this milestone.”