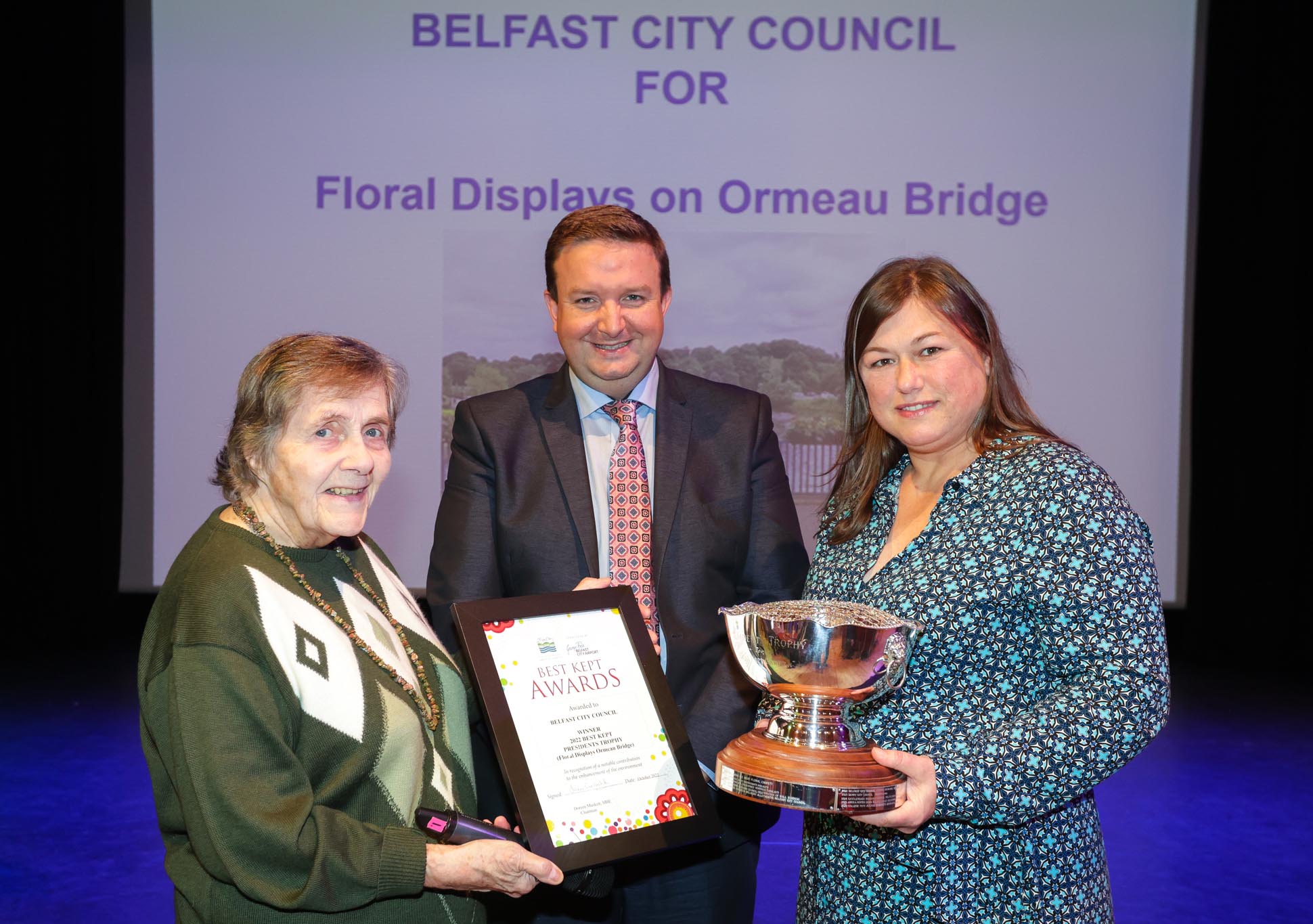 
Belfast City Council has been awarded the President’s Trophy at the 2022 Best Kept City, Town, Village and Housing Area Awards.

The President’s Trophy, chosen at the discretion of the President, was awarded to the Council due to the beautifully maintained floral enhancement on Ormeau Bridge, improving the appearance of one of Belfast ‘s busiest arterial routes.

The Awards, organised by the Northern Ireland Amenity Council (NIAC) and sponsored by George Best Belfast City Airport, took place on Tuesday 18th October at the Lisburn & Castlereagh City Council Offices, where over 100 representatives from towns and villages across the Province congregated for the ceremony.

Adding to the awards presented to Belfast entrants, Inverary Avenue lifted the ‘Best Kept Medium Housing Area’ Award for it’s well maintained and litter free properties and its great community garden which is enjoyed by residents. Inverary Avenue was also presented with the Ellen McGowan Award for housing.

Now in their 65th year the prestigious awards celebrate areas that are taking action to protect and care for their local environment, creating safer, cleaner, healthier and more sustainable places to live, work and play.

Participating towns, villages and housing areas are judged on a range of criteria, including floral displays, grass roots environmental projects, and an absence of litter and graffiti. Judges also look for underlying evidence of community participation in environmental initiatives, including the promotion of recycling and wildlife conservation.

The George Best Belfast City Airport Community Hero Award was presented to Richard Wallace of Ballynure and District Community Friendship Group for his efforts in raising the profile of his village and the positive difference he has made in improving the surroundings for his community.