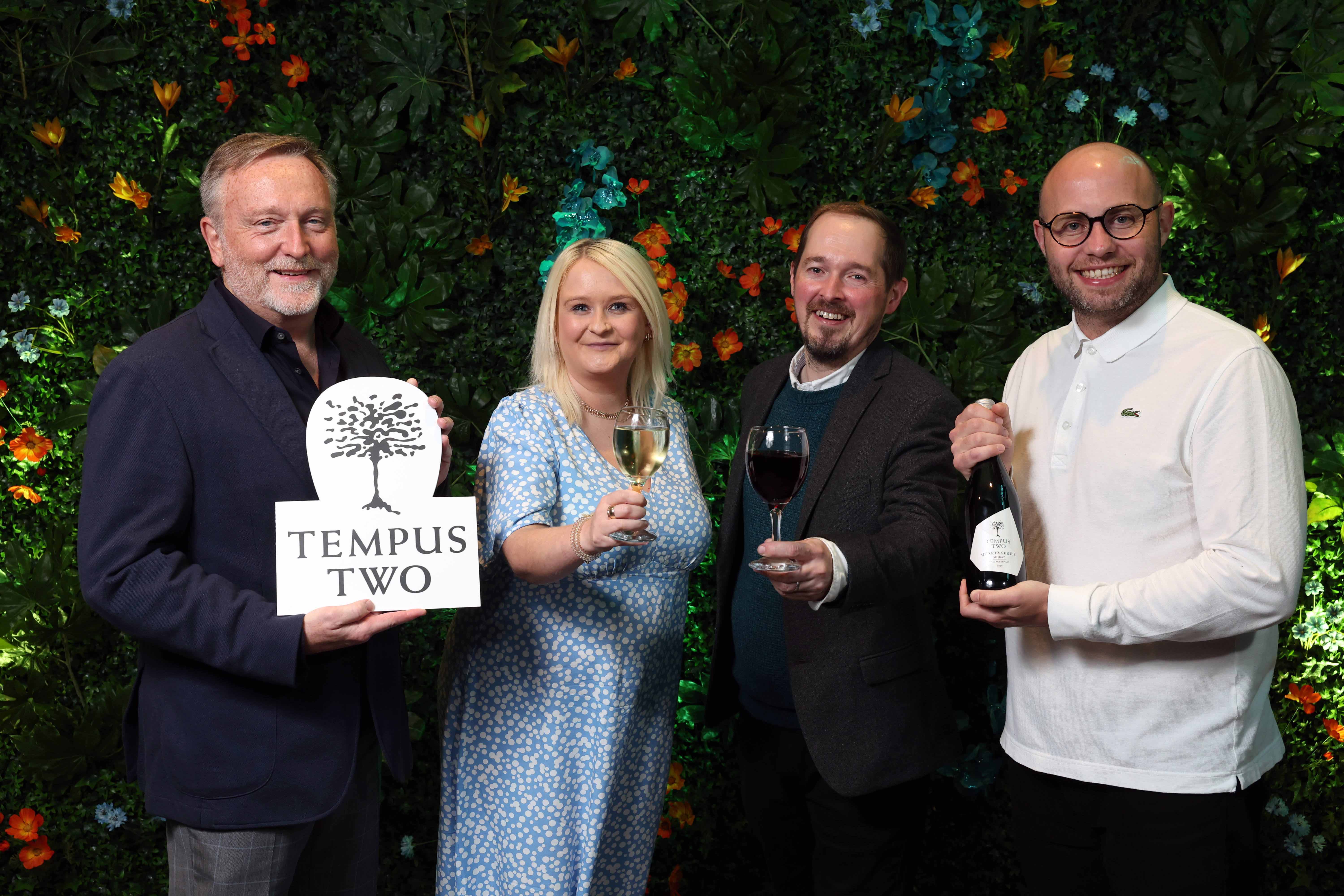 
LEADING drinks distributor United Wines hosted an exclusive wine-tasting event at one of Belfast’s sharpest new venues, The New Orpheus, to celebrate the launch of the Tempus Two Quartz Series in Northern Ireland. Tempus Two is a cutting-edge wine brand that does things a little differently. It doesn’t follow tradition. It goes beyond it. Their approach is simple: the best regions, the best varieties, made to be enjoyed your way, whether that’s with good food, great company or on Tuesdays. Its Quartz Series is described as an approachable, fruit-driven and contemporary style of wine that offers ‘elegance with a touch of refined boldness… bringing a little luxury to the everyday’.

Born with a maverick spirit in 1997, Tempus Two is not shackled to a single region. Grapes are globally sourced and globally sold. Prominent regions include Australia and Argentina. Their iconic bottles make any occasion a celebration. In a nutshell, they make bold, elegant wines you don’t need to be a sommelier to enjoy. Even though the best sommeliers do. The brand has already had huge success in GB, Growing 67% in value and 69% in volume vs last year*.The event at The New Orpheus saw industry customers from across the province gather in a sociable atmosphere for a tasting session and a surprise Tempus Two Tunes live music gig with up-and-coming local talent Scott Mac.

“Tempus Two is a premium wine brand that loves everything about wine, except all the stuffiness, so it likes to do things a little differently,” said Gemma Herdman, Brand Manager at Craigavon-based drinks distributor United Wines.

“With this in mind, we carefully selected The New Orpheus as the perfect setting to bring our NI customers together for a super-cool and sociable surprise music gig with Scott Mac, one of Northern Ireland’s most exciting new talents.”

“We’re delighted to host this event, allowing us to come together with customers and VIPs to create an incredible buzz around the industry launch of this classy new addition to Northern Ireland.  Overall, the event was a huge success and, as expected, the tasting was a massive hit with all in attendance,” concluded Gemma.

The Tempus Two Quartz Series is available in a choice of Shiraz, Sauvignon Blanc, Chardonnay, Malbec, Pinot Grigio and Rosé.

Tempus Two’s Northern Ireland distributor, United Wines, was founded in 1985 and is headquartered in Craigavon with a 75,000 square foot warehouse and 6,000 square foot office. The company employs 50 people on the island of Ireland and boasts an extensive portfolio of products, including Wine, Beer, Spirits and Soft Drinks.