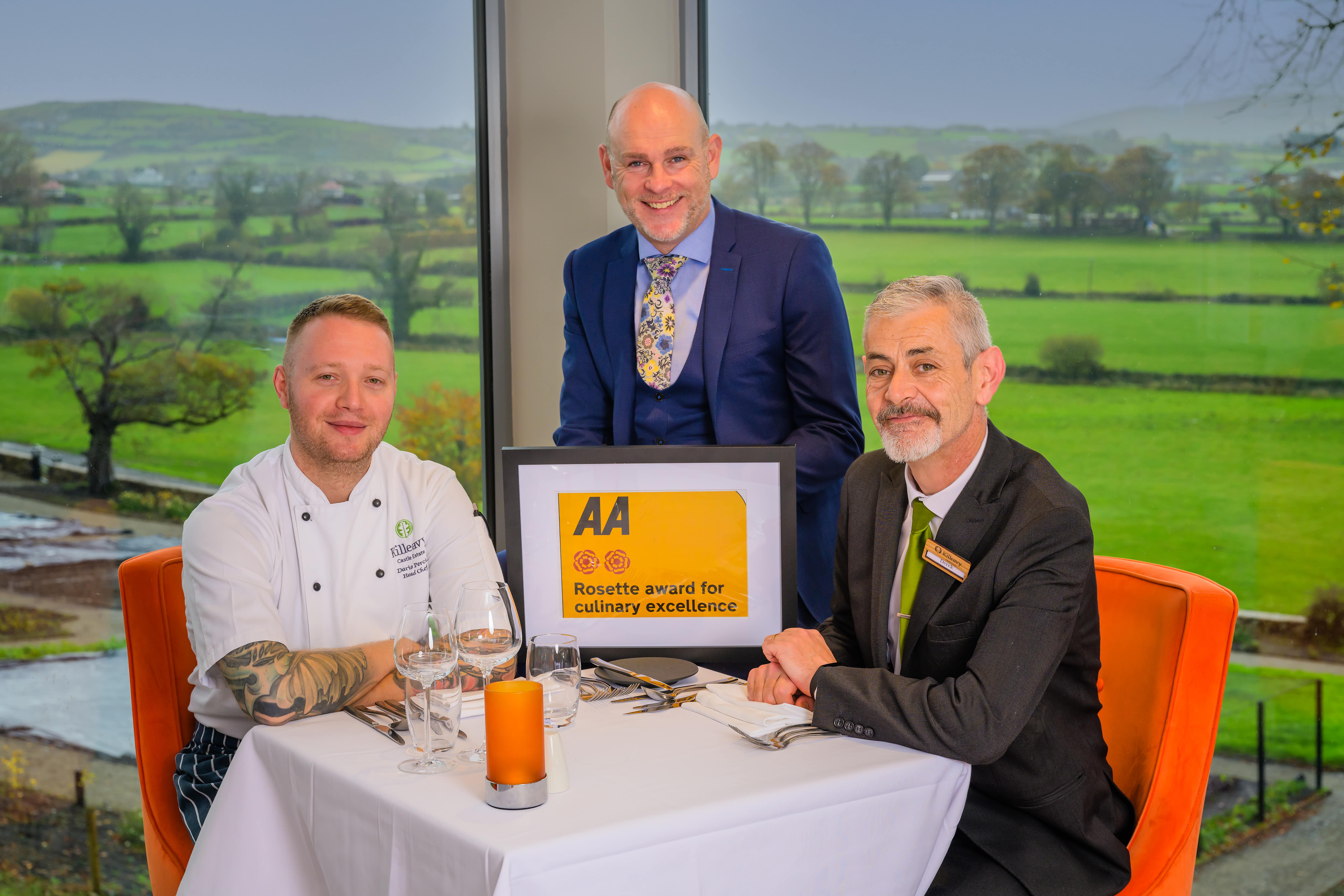 Killeavy Castle Estate Sweeps the Board with Award Wins


Following an AA Awards secret inspection to Killeavy Castle Estate, the venue has just been named an AA four-star hotel in recognition of the exemplary offering at the Estate. Following its first AA inspection, the restaurant has been awarded two AA rosettes for ‘Culinary Excellence’, further acknowledging the quality of Killeavy Castle Estate’s food and drink offering.

In just four short years, Killeavy Castle Estate has won multiple awards including a spate of industry award wins in recent weeks. This latest recognition from the AA Awards is a testament to the strength of the team and quality that Killeavy Caste Estate strives to deliver for every guest.

The inspector described his dining experience in the restaurant as “impressive with thought and imagination shown” and the meal experience as “worthy of note.”

Commenting on their visit, the AA inspector said: “This is a wonderful property from both the physical point of view with the combination of the heritage of the location blended seamlessly with the new buildings. Service and hospitality were both on point.  Two AA Rosettes are confirmed in recognition of the Culinary Excellence.”

The recognition from the AA Awards is just the latest in a string of award wins for Killeavy Castle Estate, which has swept the board at recent industry and tourism awards.

The quality of the hotel and its offering has been recognised with the Estate receiving the title of ‘Hotel of the Year’ (up to 75 rooms) at the LCN Awards and most recently, its AA four-star rating which further compounds the high standard and unique experience on offer for guests of the Estate.

The team at Killeavy Castle Estates’ commitment to delivering exceptional customer service and guest experiences was acknowledged at the Newry Chamber Employee and Team awards where the team from the Estate scooped the Best Tourism & Hospitality Team Award.

In addition to being awarded two AA Rosettes for Culinary Excellence, the Estate received the award for Best Food and Drink Experience (Large) at the prestigious Northern Ireland Giant Spirit Awards, where owner of Killeavy Castle Estate, Mick Boyle also received the ‘Local Spirit’ Award in recognition of the significant difference that he has made to the tourism sector and community in recent years.

To top it all off the Estate was also awarded the National Intimate Wedding Venue of the Year 2022 at the recent Irish Hotel Awards held in Athlone.

The AA Awards were first introduced as a star rating system to classify hotels in 1912, and in 2006, the AA developed Common Quality Standards (alongside the main tourist boards) for inspecting and rating accommodation.

The long-established Rosette scheme celebrates successful cooking at different levels and Rosettes are awarded by the AA’s team of inspectors who have an unrivalled wealth of experience in assessing quality throughout the UK.  Only around 10% of restaurants across the UK are of a standard that is worthy of one Rosette and above.

Opening its doors in April 2019, Killeavy Castle Estate is set within 350 acres of mythical woodlands in the heart of the Ring of Gullion in South Armagh, combining an idyllic location with luxury accommodation, award-winning dining, and spa facilities for guests.