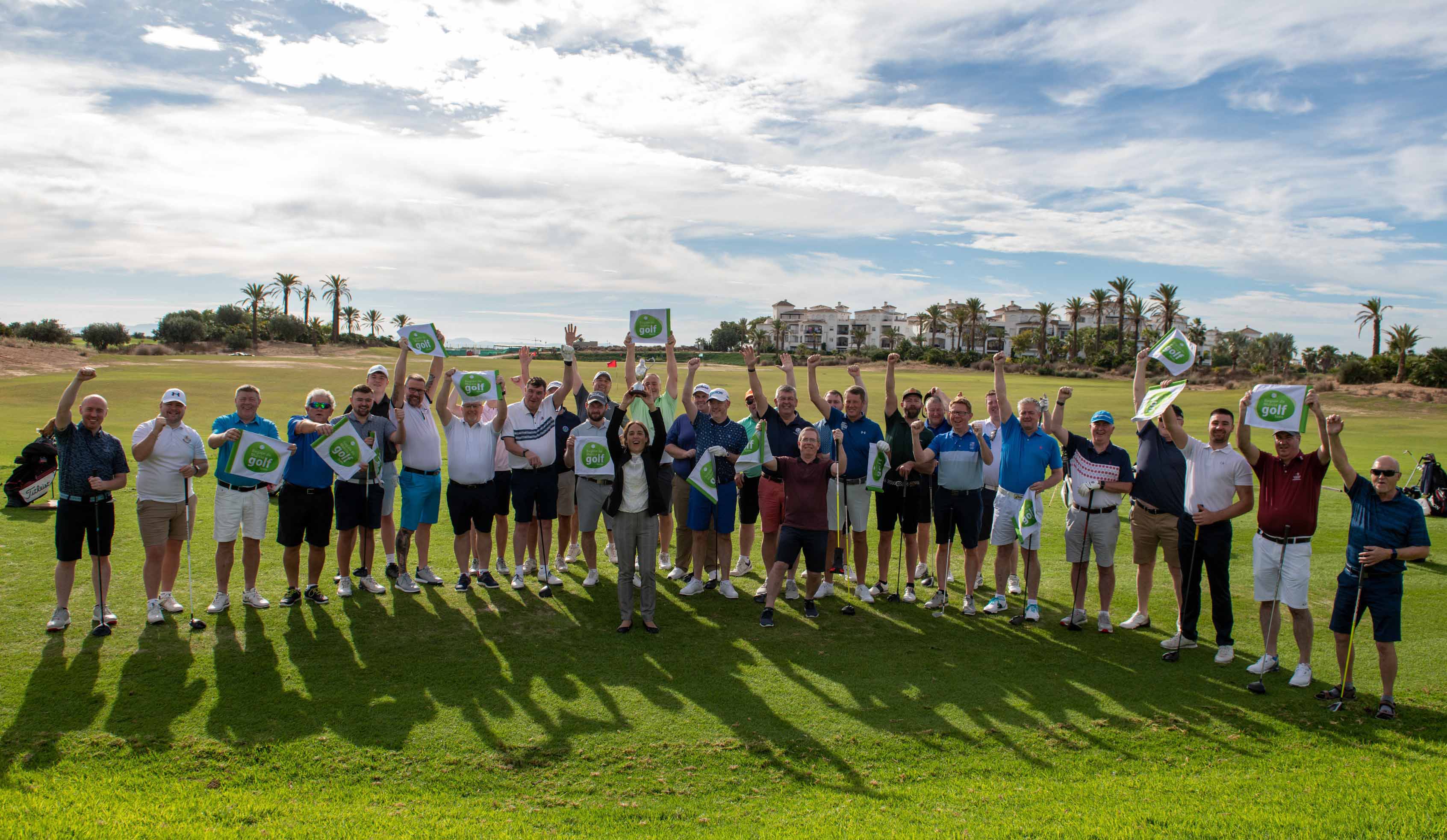 
CLANDEBOYE golfer Rodney Orr from Killinchy in County Down has won the inaugural Region of Murcia Masters in association with Next-Gen Power following a three-day event in sunny Spain.

In one of the biggest amateur golf competitions ever held in Northern Ireland, qualifiers from 10 prestigious golf clubs, covering all six counties, converged on the Costa Calida last week to compete in the Grand Final which was played on three of the finest golf courses in Murcia, widely regarded as a ‘Golfer’s Paradise’ in the south-east of Spain.

The qualifiers from the 10 participating clubs, who were each able to bring a guest on a once-in-a-lifetime four-night trip to Murcia, were as follows:

To earn their place at the Grand Final, qualifiers took part in series of ‘Race To Murcia’ Open qualifying events at the participating clubs between April and September this year.  The final was played on three of the Murcia region’s 20 golf courses with the winner being crowned on the best two cards.

First up on day one was La Torre GNK (DoubleTree by Hilton La Torre Golf & Spa resort) – where winners and guests also stayed during their trip – followed by day two at UGOLF Saurines de La Torre, before the event concluded at the famous La Manga Club Resort.

With high stableford scores of 40 and 39 on the first two days, Clandeboye Golf Club qualifier Rodney Orr emerged triumphant – and lifted the trophy at a prizegiving dinner attended by guests and VIPs from the Murcia tourism and golf industries.

Whitehead GC qualifier Paul Craig from Ballyclare finished runner-up with a combined score of 73 points, ahead of Peter Mulhall from Ardglass GC in third place with 69 points.