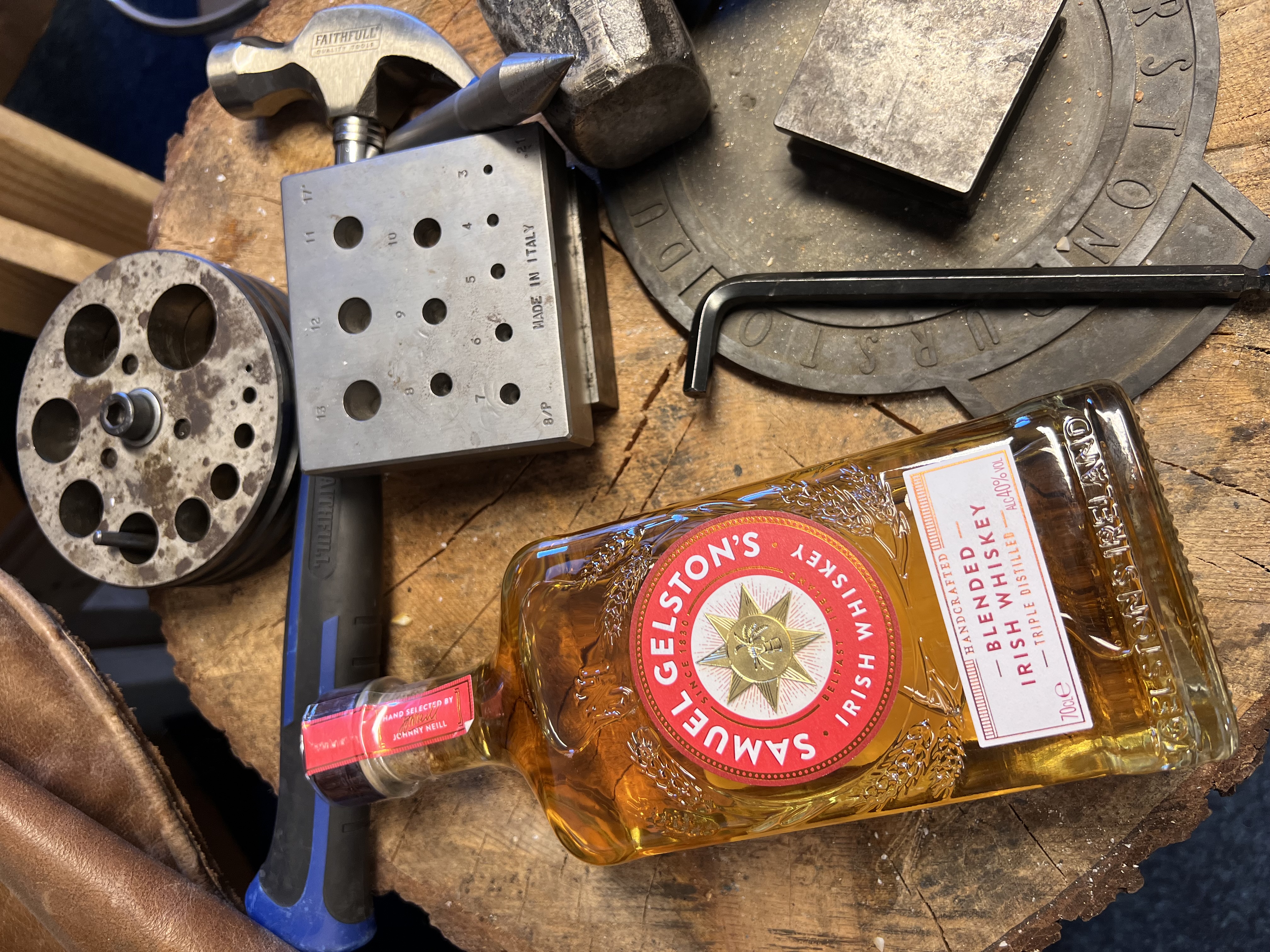 Samuel Gelston’s Irish Whiskey continues to celebrate the ‘gold fever’ of its historic founder with the unveiling of a spectacular one-off golden bottle which one lucky whiskey enthusiast can win this festive season.

Handcrafted by wild gold expert and jewellery maker Mark Bell, the bespoke bottle has been gilded with a version of Gelston’s unique star logo made from pure Irish river gold and engraved to pay homage to the whiskey’s unique heritage.

Established in Belfast in the 1830s, Samuel Gelston’s was purchased by daring young Irishman Harry Neill in 1869 who made his fortune in Australia’s famous 1851 Gold Rush. Upon returning to Belfast, Harry used his new-found wealth to build the Gelston’s business and export his own ‘liquid gold’ for the world to enjoy.

Having celebrated this history with a special gold panning event and ‘gold rush’ cocktail campaign earlier this year, Samuel Gelston’s have now commissioned Mark, the Co-Founder of ethical jewellers Jacqueline & Edward, to embellish Samuel Gelston’s signature star on a bottle of their blended Irish whiskey.

The finished piece weighs approximately 8g and is half pure Irish river gold from County Down and County Antrim, and half 18ct yellow gold alloy, made from purely recycled materials.

To be in with a chance of winning the striking bottle, UK-based whiskey fans who are over the age of 18 are encouraged to email gelstonsgold@burtgreener.co.uk and state where or how they would most like to enjoy a dram of Gelston’s liquid gold or enter via Gelston’s Instagram @samuelgelstons. The deadline for entries is 29thDecember and the winner will be notified the following day.